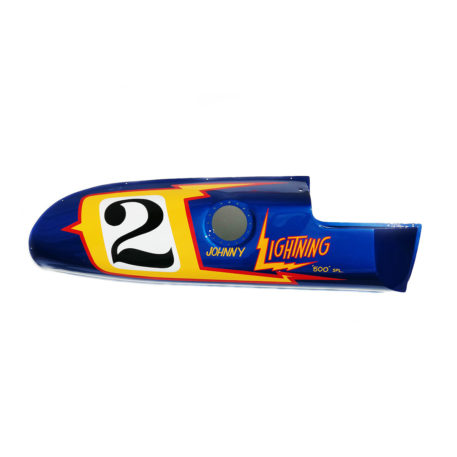 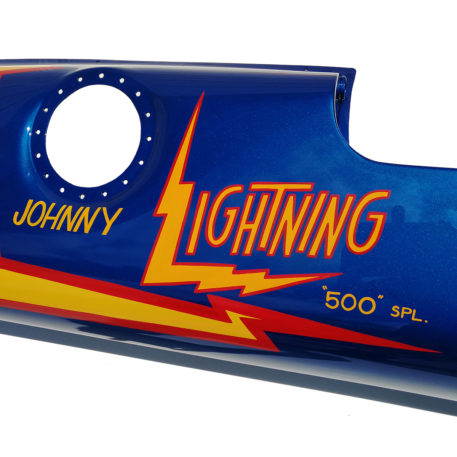 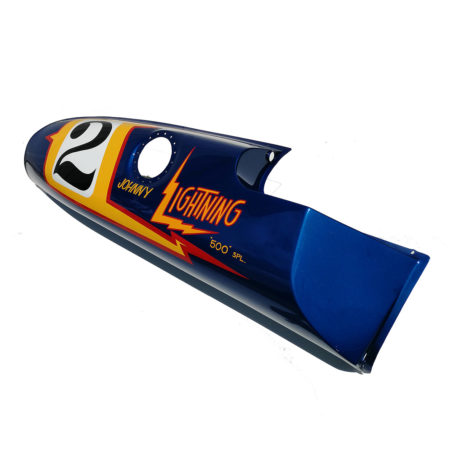 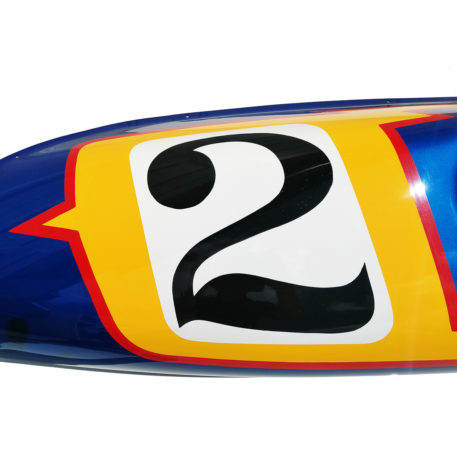 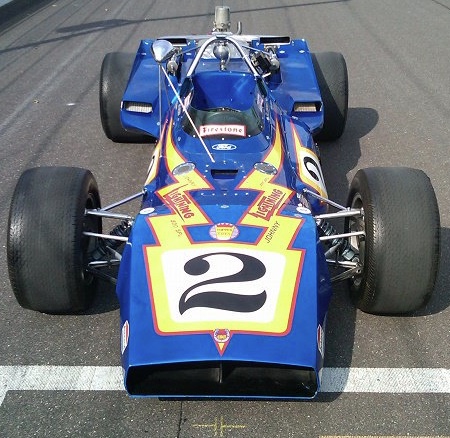 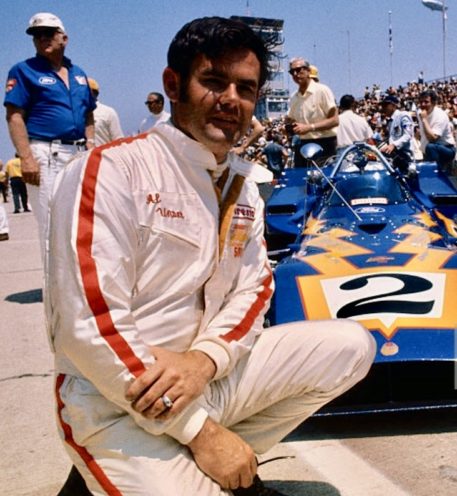 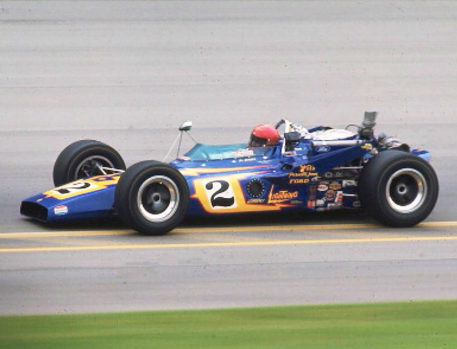 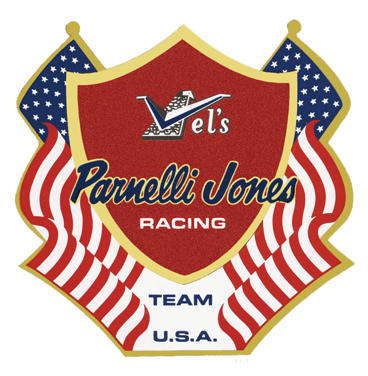 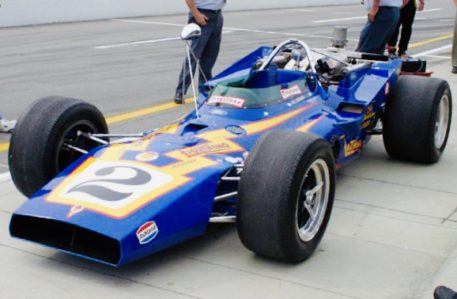 Original fuel side saddle tank from one of the most iconic race cars to run championship IndyCar races, Al Unser Sr’s ‘Johnny Lightning Special’ Ford-powered Lola Colt, that was owned by former race driver and team owner Parnelli Jones. The all aluminium side panel would have housed the rubber fuel cell and filling buck on the left side of the car. It has been fully restored to ‘concourse’ condition. It comes with a full letter of originality from its original owner which reads;

This left side hand formed and gas welded saddle tank was created by Vel’s Parnelli Jones Racing Team master fabricator Joe Fukashima for the team’s 1968 Lola T150-1 Vel’s Parnelli Jones Ford Special for the 1969 season. The tank was on the car when driven in 1969 Indianapolis 500 practice by Al Unser Sr. and on the car in the “500” when driven by Bud Tingelstad. The tank was present on the car throughout the 1969 USAC season for several race wins with Al. In 1970 the Lola T150-1 morphed into the first Johnny Lightning Special which came to be recognized as the Lola-Colt. The car with this tank was used primarily for road and short track races gaining Al the bulk of his points in winning the 1970 USAC Driving Championship. Moreover this tank was on the car for many race wins in 1970. In 1971 the car served as a back up at Indianapolis and later in the season was sold to noted Canadian driver George Eaton who competed in the California 500 and other season ending races. Eaton also used this tank on the Lola-Colt in the 1972 USAC Championship season opening race at Phoenix.
My wife and I found, acquired and restored the T150-2 Lola-Colt in 2000 and I also acquired this tank and restored it to its 1970 appearance. I was a mechanic/crew member on the Vel’s Parnelli Jones Racing Team in 1971 and 1972 and thus I am intimately familiar with all things relating to the Johnny Lightning cars of that great era- Mike Huntley-Lashmett”

Rare finds like these normally sell fast so don’t hesitate to add this fantastic centre piece to your collection today.  You will never see another like it.