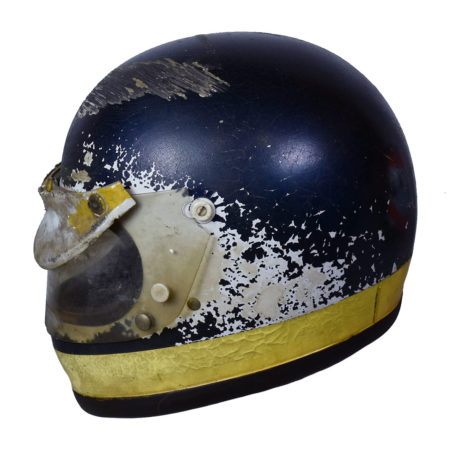 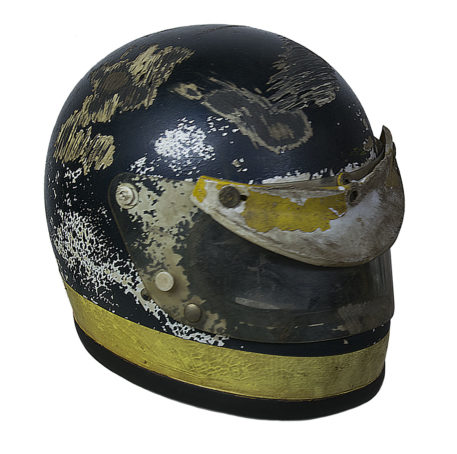 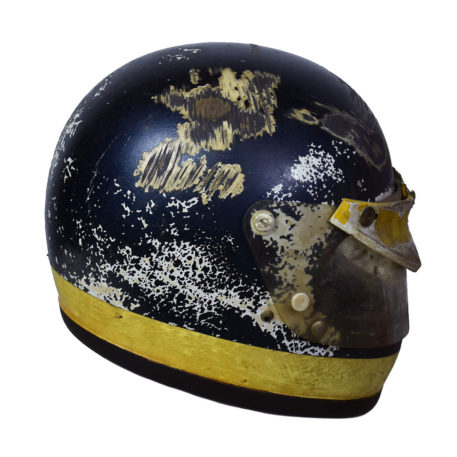 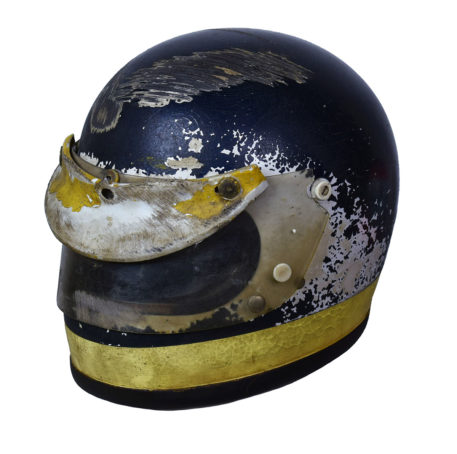 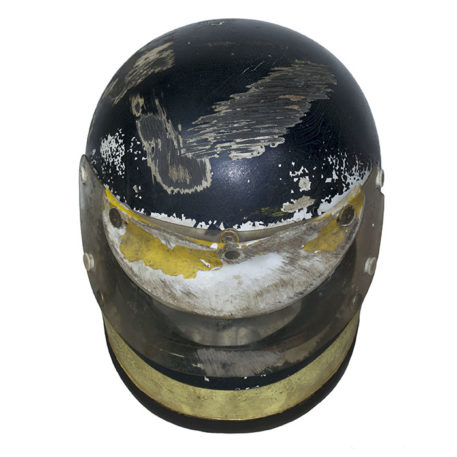 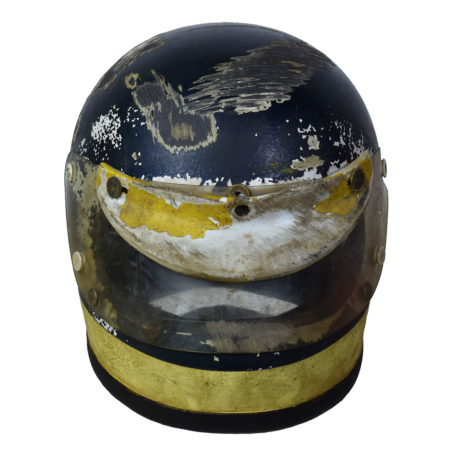 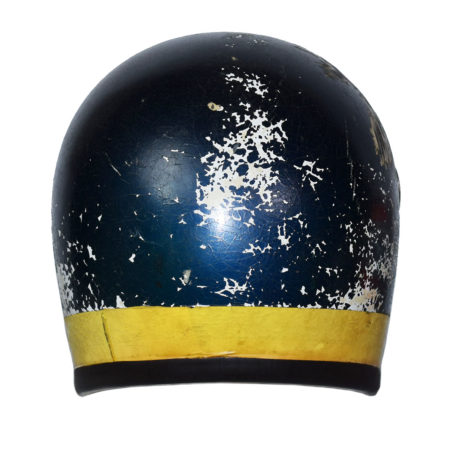 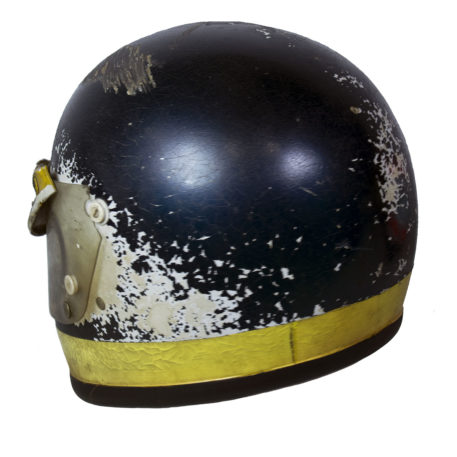 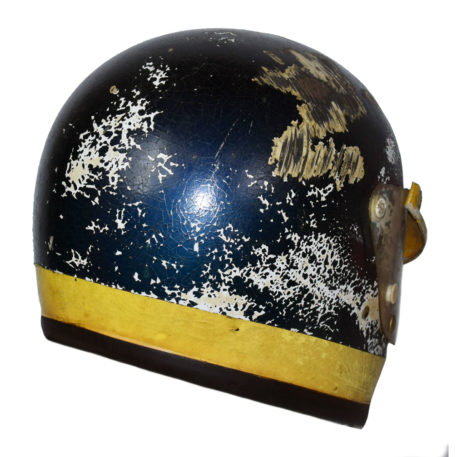 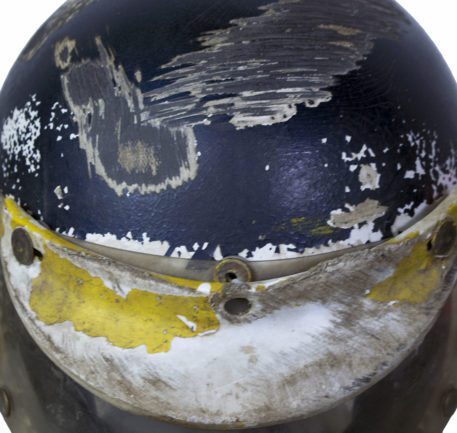 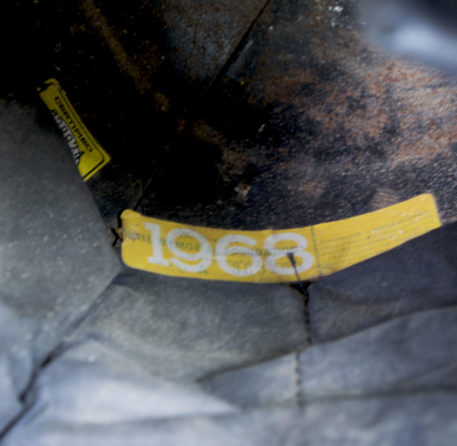 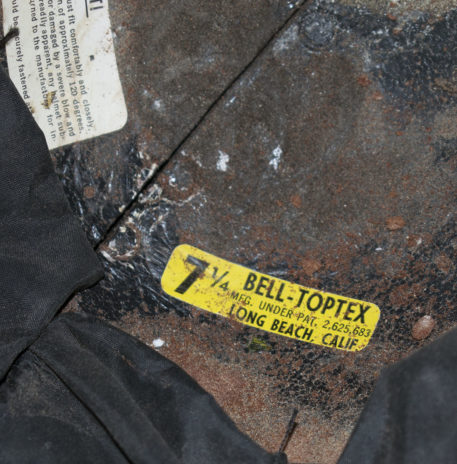 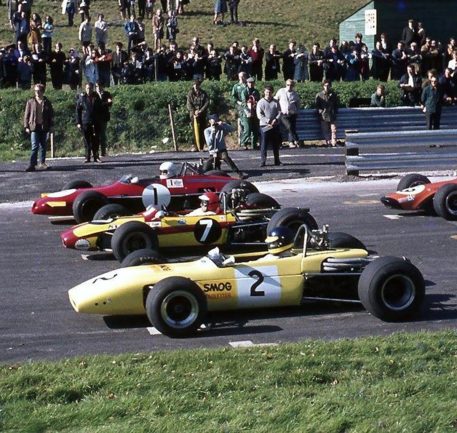 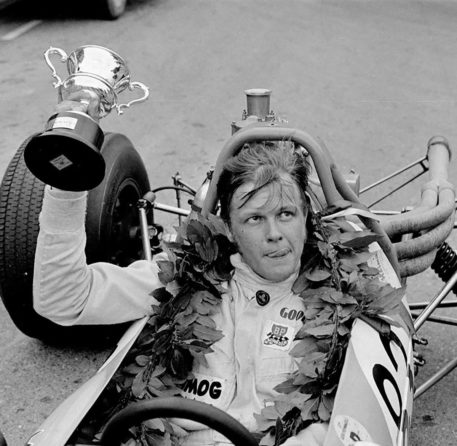 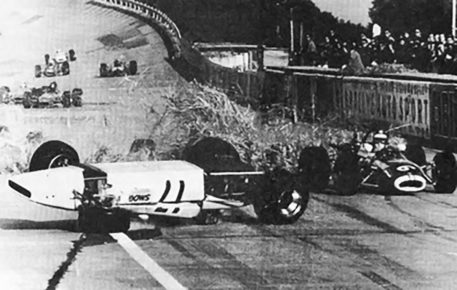 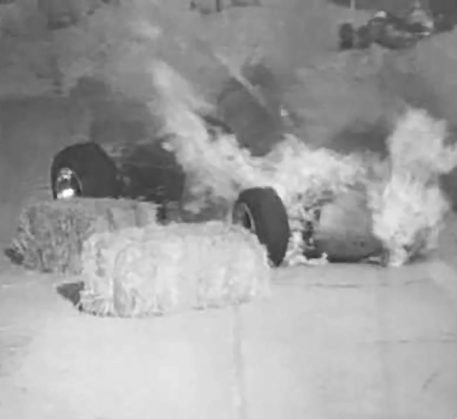 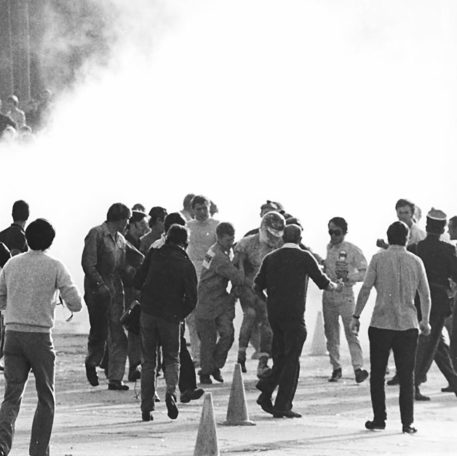 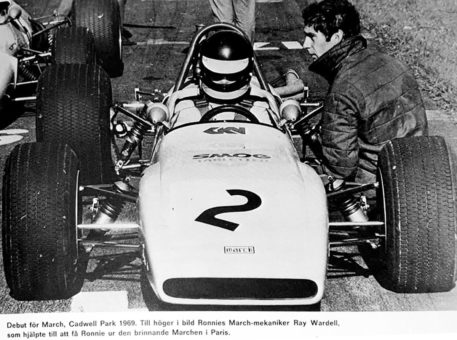 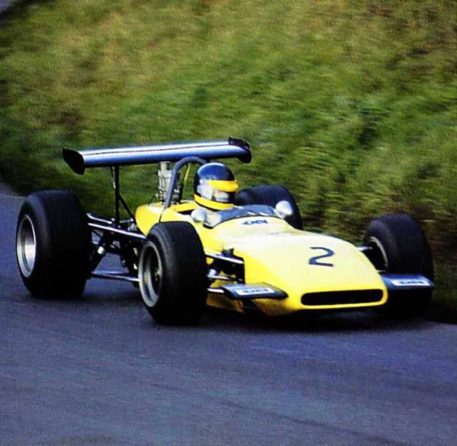 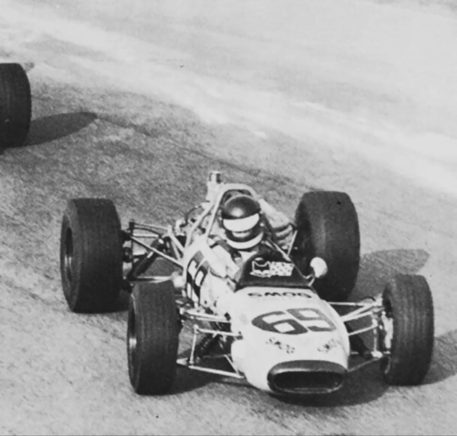 This incredibly rare and historic Bell Star Toptex helmet was race-worn by Swedish racing legend Ronnie Peterson during the 1969 Formula 3 Championship series. He wore this, his first closed face helmet, in the latter part of the season after changing from wearing an open face version. It was also worn in some invitational Formula 2 races. Peterson was the reigning 1968 Formula 3 champion and had already secured his second championship by winning 15 of the 19 races in the 1969 season. He was sent by the recently joined March race team to compete in the ‘Coupe du Salon’ event at the Montlhéry circuit in France. Peterson would out-qualify the likes of Emerson Fittipaldi, Reine Wisell, and Tim Schenken to put his car on pole position. But after a poor start, Peterson dropped to eighth position and was now on a recovery charge. On a fast banked curve race organizers had placed straw bales to form a chicane to try and slow the cars down. Peterson misjudged the curve exit and clipped one of the bales flipping his March 693 upside down when it immediately burst into flames after its fuel cell was punctured. A lone fire marshal doused the flames while Peterson’s mechanic, Ray Wardell, had run the length of the pits to pull the unconscious Peterson from the flaming wreck. This accident is well documented in pictures and in an online video (which can be seen above) with a few frames showing Ronnie, still wearing this helmet, being placed a stretcher immediately after the crash.

The helmet was given personally by Peterson to Mr. John Hansford, the manager at the City Speed Shop in London who were distributors for Bell Helmets at the time. This occurred while Peterson was visiting the store to place an order for a replacement helmet for the following season.

The dark blue helmet has a broad single yellow band encircling the bottom representing Peterson’s national Swedish colors. It has extensive fire damage, blistering and flaking in some areas. It also shows severe scrapes on its upper surfaces which were sustained in the crash when Peterson slid to a halt. The flip-up visor is still attached but is not fully operational, with one side broken at the hinge point. It also has its yellow peak in place albeit also broken and in fire/crash damaged condition. There are four I.D. labels inside the helmet that include a Snell label dated 1968, the Bell Topex 7 1/4 size label and safety notice/SHCA Certification labels.

This is a very rare chance to acquire this extraordinarily historic and well-documented helmet. As most collectors will know, Ronnie Peterson’s race used equipment hardly ever comes available on the open market, which makes this piece that much more desirable.