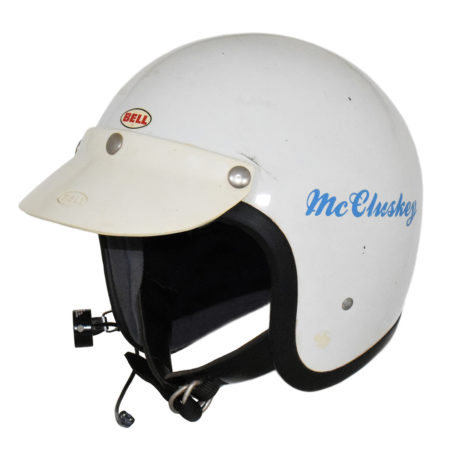 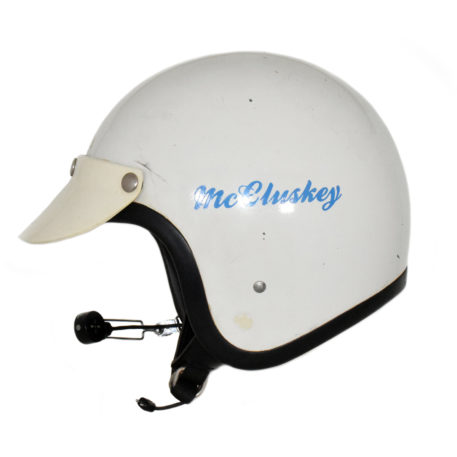 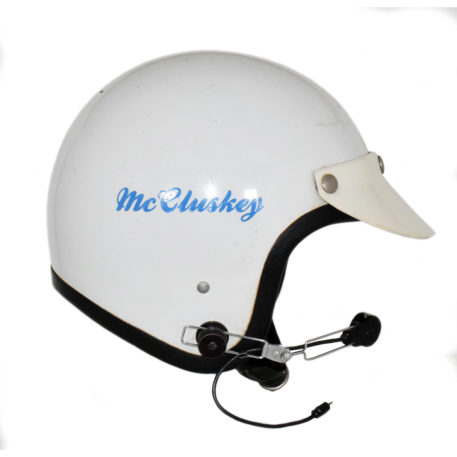 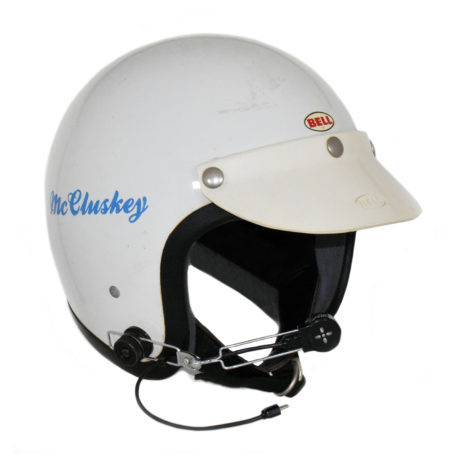 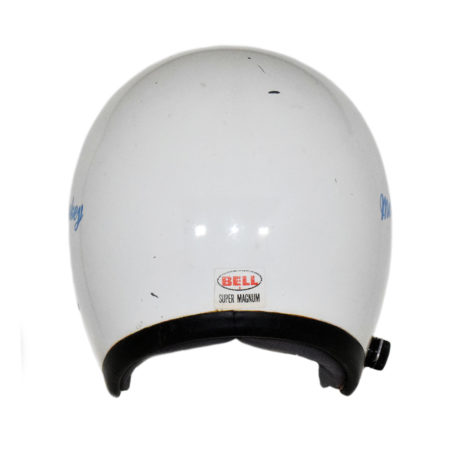 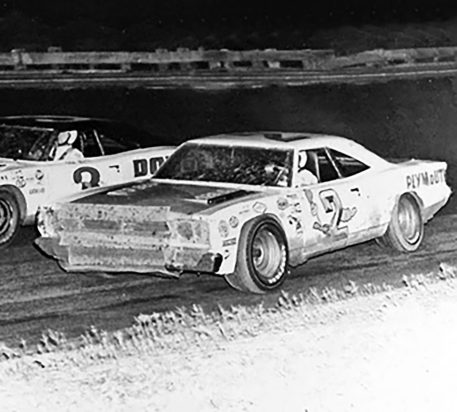 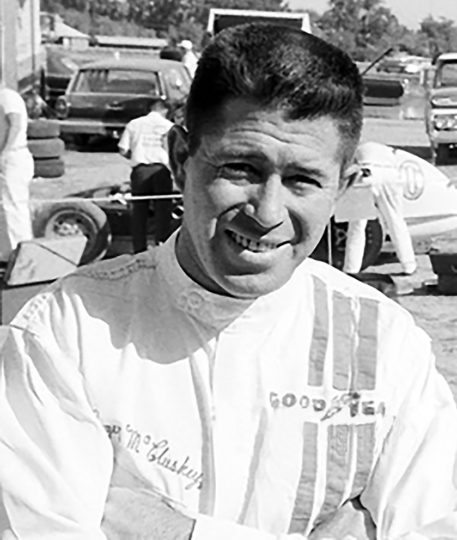 Bell open-faced helmet used by underrated American driver Roger McCluskey. Winner of titles in three divisions, McCluskey was champion in USAC Sprints cars in 1963 and 1966, USAC Stock Cars in 1969 and 1970, and Champ Car in 1973. He also started every Indianapolis 500 race from 1961 to 1979 except 1964, with a best finish of 3rd place in 1973. He also competed in NASCAR and Sports car races.

This helmet was worn by McCluskey while winning the USAC Stock Car championship title in 1969, driving a 1969 Plymouth Road Runner for team owner Norm Turner. He had five wins during the season and many top five finishes, allowing him to win the championship comfortably. The helmet was then fitted out with a radio/microphone for McCluskey to wear during the first NASCAR race of the 1970 season in the Motor Trend 500 at Riverside International Raceway. McCluskey went on to win the USAC Stock Car title the following year, giving him back to back championships.

The plain white ‘Super Magnum’ helmet has a white peak attached and McCluskey’s name on both sides in blue. It still retains its above mentioned fitted NASCAR radio/microphone. It represents a great historic helmet of a driver whom many think should be held in higher regard.