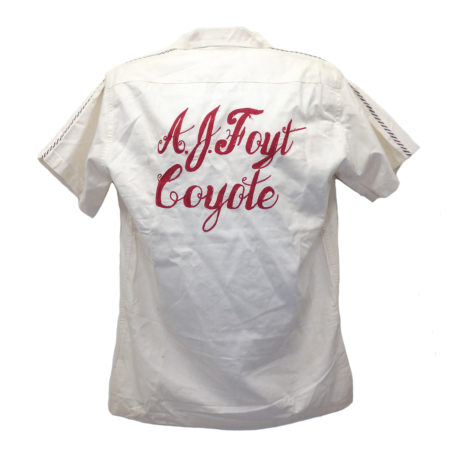 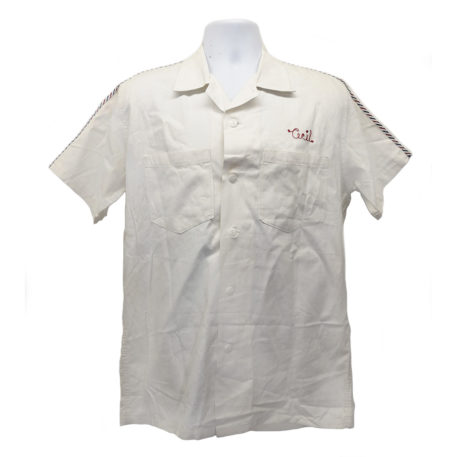 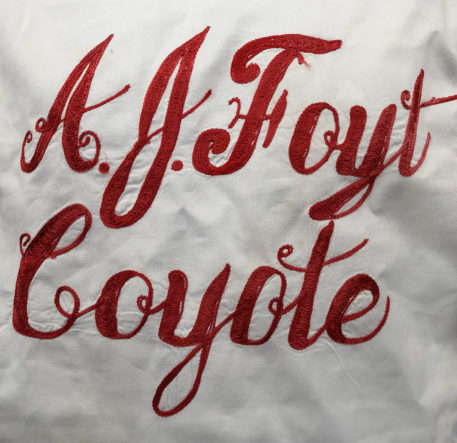 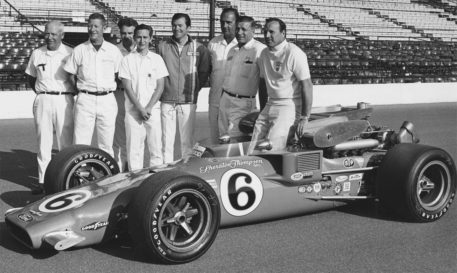 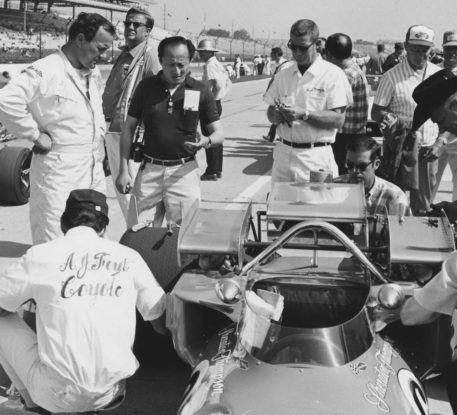 Fantastic and very rare vintage pit crew shirt from the A.J. Foyt, Sheraton Thompson Racing team used during the 1969 season. Foyt would have six top five finishes in this season including a win and three third places finishes. He would also claim pole position at the Indianapolis 500 while driving a Ford powered Coyote/Kuzma.

The all white shirt is in excellent condition. It has dark red chain-stitched lettering on is back that spells out ‘A.J. Foyt Coyote’. Along its arms there is red, white and blue braiding running from the collar down to the short sleeve cuffs. To the front of the shirt there is the crew members name ‘Cecil’ chain-stitched to the left chest.  It is doubted that any other of theses shirts would have survived over the (50) years and this is probably the only surviving example.