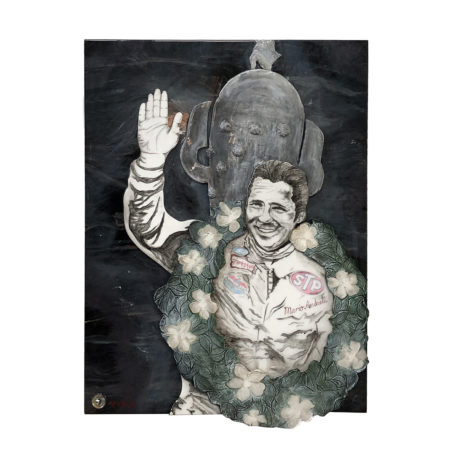 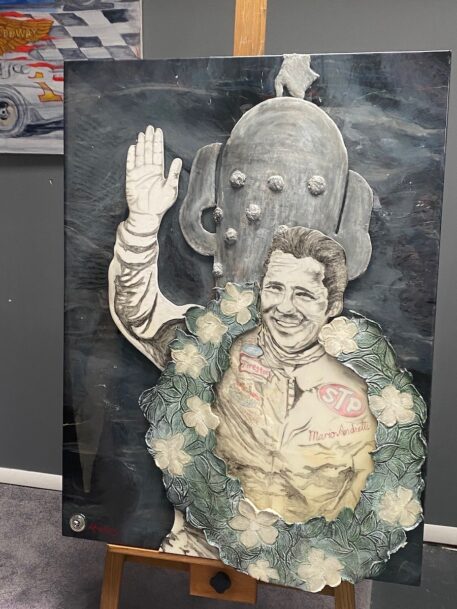 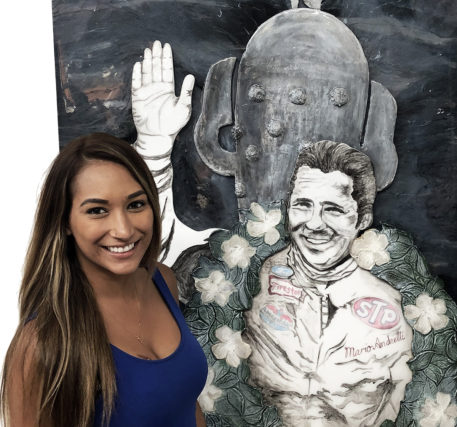 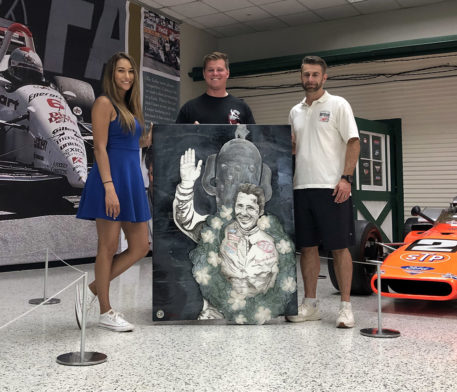 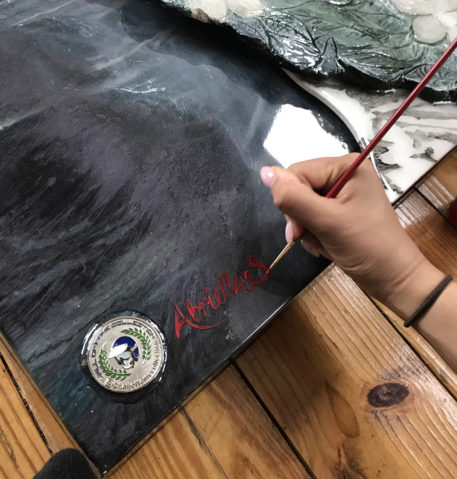 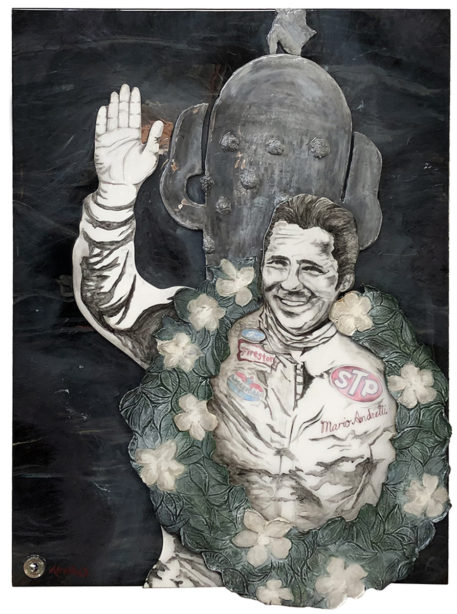 Original artwork from the young talented Canadian artist Abriella Sammy, titled “50 Year Salute”. This work was commissioned by the Hall of Fame Collection to Celebrate Mario Andretti’s 50th Anniversary of his 1969 Indianapolis 500 Win. The composition of the piece was created in the mixed media style of acrylic paint on ply with resin coating. This piece has a black/grey marble effect background. Placed on this to form a 3-D effect, is the spectacular iconic image of Mario Andretti in front of the Borg Warner trophy.
This is one of two pieces of Abriella Sammy’s artwork which was proudly on display at the ‘Mario Andretti Icon’ exhibit at the Indianapolis Motor Speedway Museum during the 2019 50th year celebrations.

This is your one and only chance to own such this fabulous piece of Motorsports history celebrating the driver of the century.