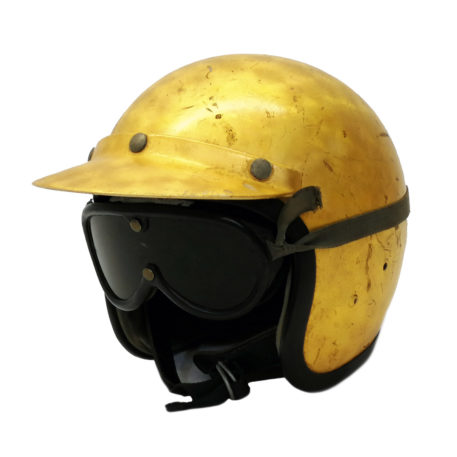 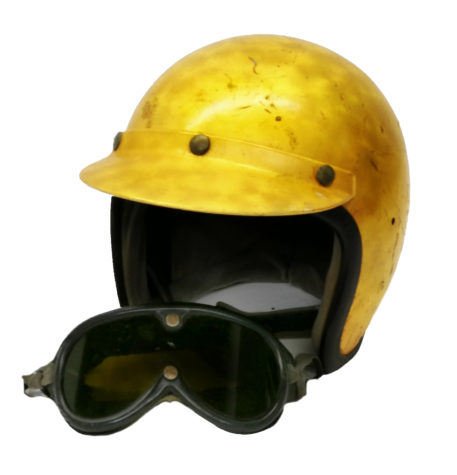 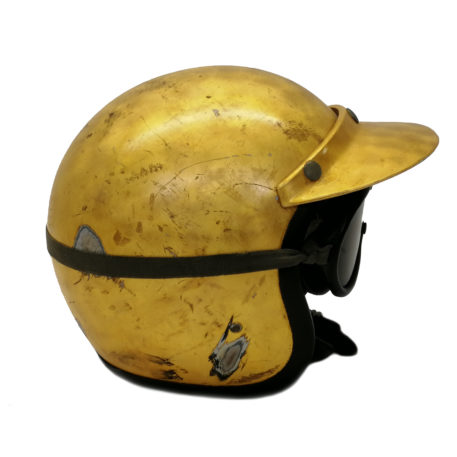 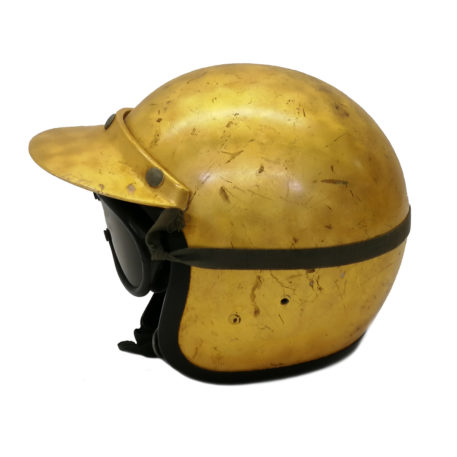 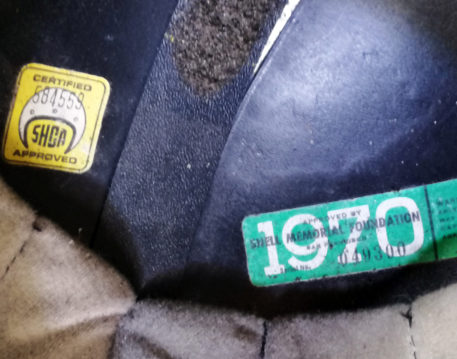 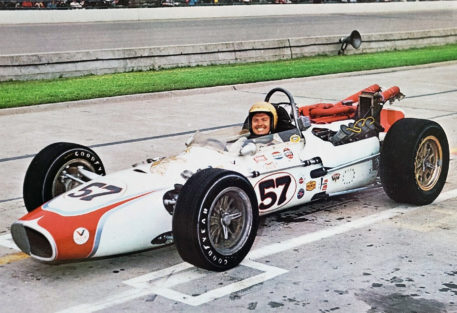 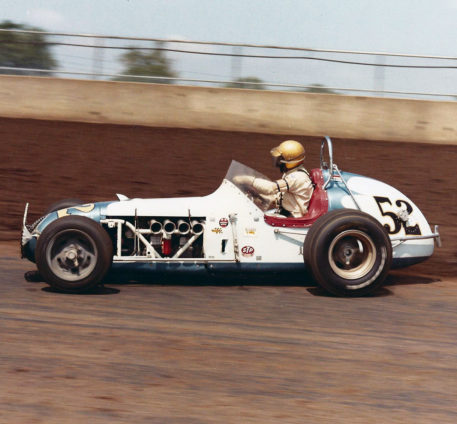 Race used helmet worn by colorful Indianapolis 500 racing veteran Bob Harkey in the early 70’s. He made six Indy 500 starts between 1964 and 1976 and finished in the top 10 three times. He was active in USAC competitions from 1962 through to 1982. Harkey’s specialty was qualifying on bump day at the Indianapolis Motor Speedway, and those last-day exploits included starts in 27th, 32nd, 31st, 31st and 28th position. Outside of racing, Harkey lived life to the fullest. He was a former moonshine runner and performed as an aerial stunt pilot and wing walker at county fairs, for example. He was also a stunt man in at least two movies. He was one of the drivers in the movie “Winning” starring Paul Newman, and he was a stunt driver in the movie “Speedway” with Elvis Presley. He also had a short stint as a Golden Gloves middleweight boxer. Harkey also raced in the inaugural race at Daytona International Speedway, finishing 10th in a NASCAR Convertible Series race. He also survived an air crash in 2004. Sadly Harkey’s life came to an end in 2016 at age 85.

This open faced helmet shows race wear and is in Harkey’s familiar swirl gold metal finish that he used on his helmets throughout his racing career. We were informed by its previous owner that Harkey used this helmet in many of his 70’s races. Included with the helmet is a pair of Harkey’s race used goggles.

This is a great piece of Indy 500 racing history to add to your collection.