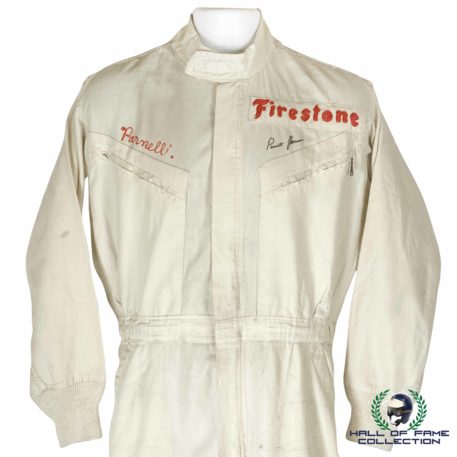 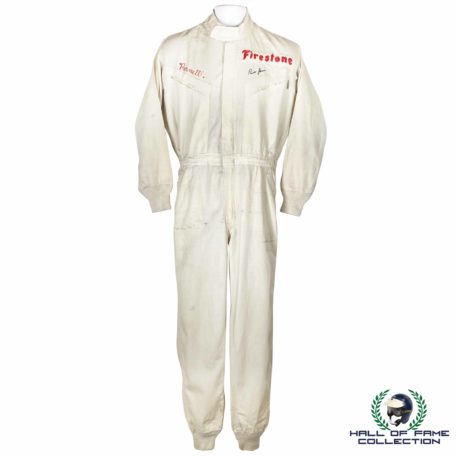 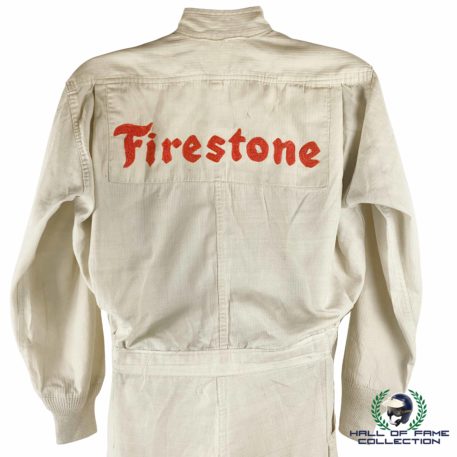 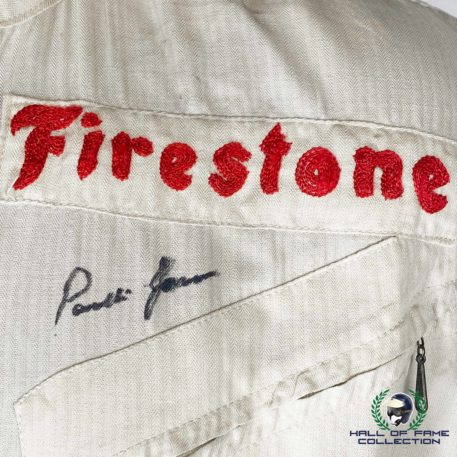 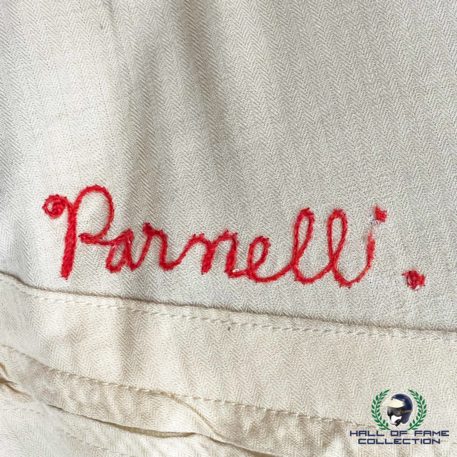 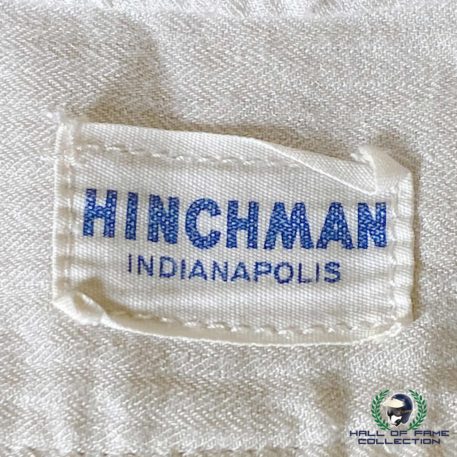 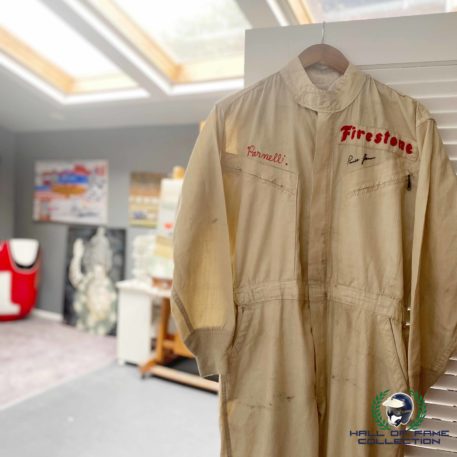 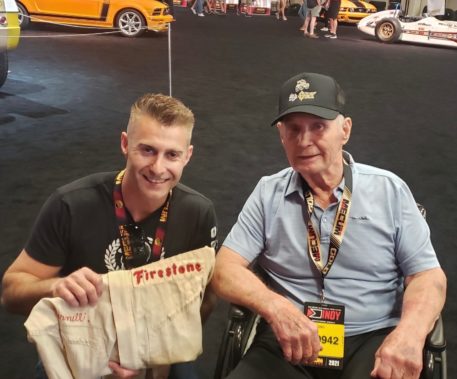 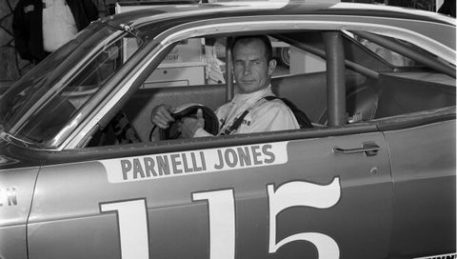 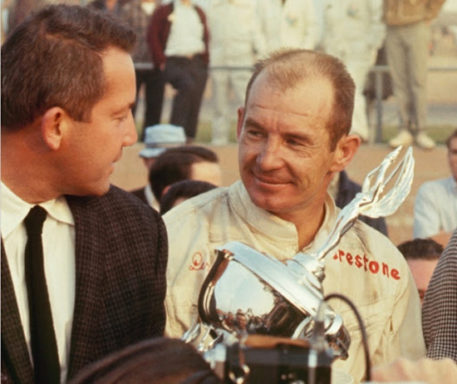 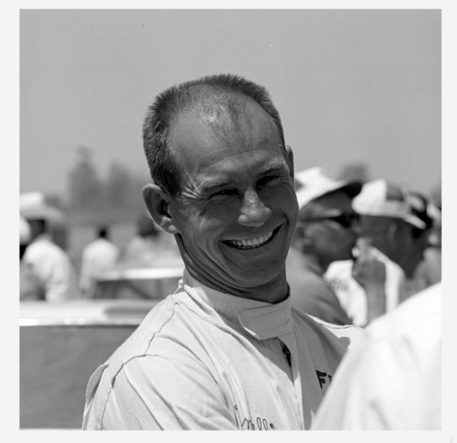 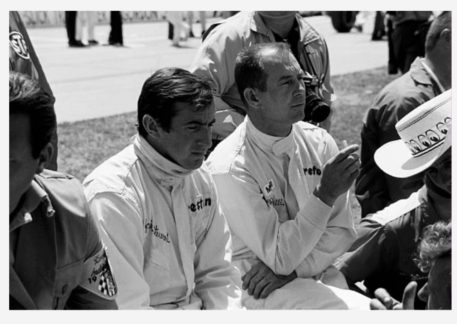 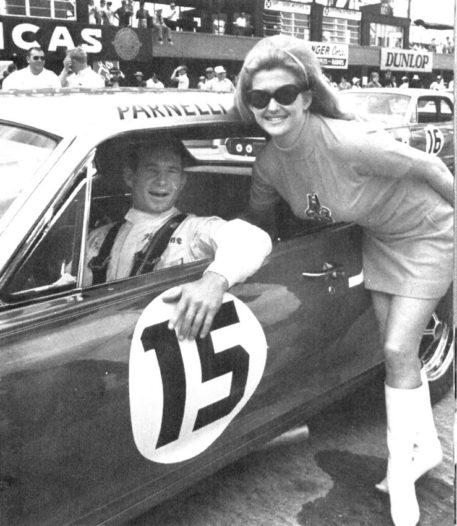 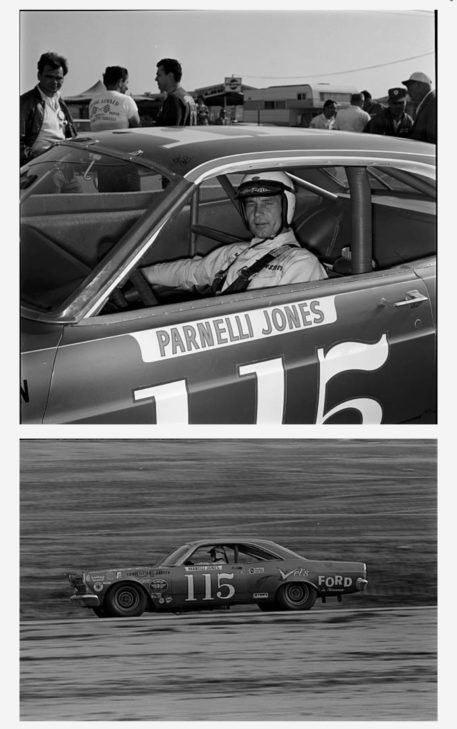 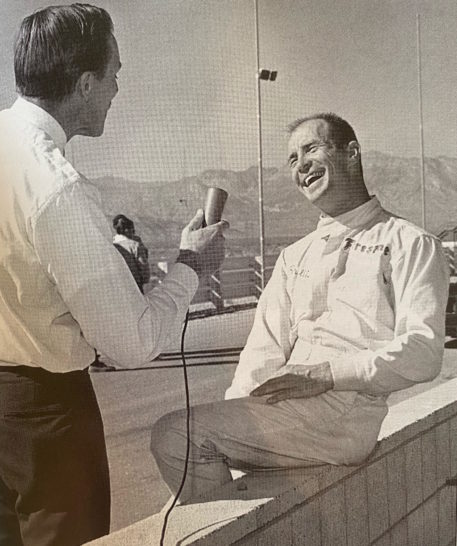 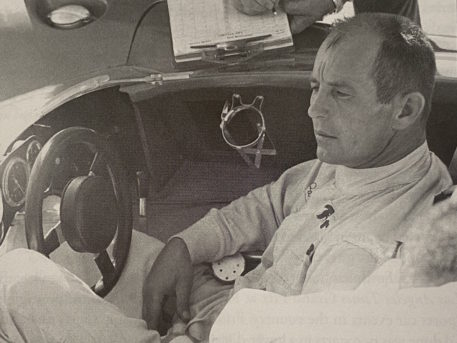 This stunning Hinchman suit was made for Parnelli Jones to use in the mid 1960’s. He can be seen using this suit numerous times from 1964-1968 at many racing series including IndyCar, TransAm and Nascar. Sponsored by Firestone, Jones had a long relationship with the brand which continues today. This suit remained in Jones’s possession and collection for nearly 50 years until we recently acquired it from him. He has signed the suit and we are very proud to make it available to the general public. Few original suits from Jones’s career exist today and this is believed to be one of only two known suits from the height of his career in the 1960’s. Don’t miss this ultra rare chance to add one to your collection today as you will likely never see another. Please check our other Parnelli Jones items including his matching 1964 helmet, which is also available.

Rufus “Parnelli” Jones is a legend of motorsport winning in just about every racing category he has ever competed in, most notably the 1963 Indianapolis 500 and twice at the Baja 1000 off-road race. He made his name in Sprint Cars winning races and Championships on the West Coast before making his debut in the IndyCar’s in 1960. He was the first driver to qualify at over 150 mph at the Indy 500 where he achieved pole position in 1962. Jones came close to winning the famous race on a number of occasions, including the 1967 “500” where he dominated in the Turbine before suffering a mechanical problem… just 3 laps from the finish!

After winning the 500 early in his career, Jones was very aware of the dangers of racing but was also frustrated by the lack of wins due to reliability problems, despite his massive talent. By 1965 he had slowly started to step away from competing in IndyCars full time and started mentoring young drivers. Even in semi-retirement, Jones still competed and won races in Nascar, Trans Am, as well as embarking on an impressive off-road adventure seeing him win the Baja 1000 twice, the Mint 400 and the Baja 500 in the famous “Big Oly” Bronco. During this time Jones also became a successful team owner winning The Indy 500 twice in 1970 and 1971 with Al Unser, as well as the Series Championship three times with Unser and Joe Leonard in 1970, ’71 and ’72. Now in his late 80’s, Jones’s reputation in the both the racing and business worlds is held in high regard.

The suit has been signed by Parnelli Jones and comes with a Certificate Of Authenticity.