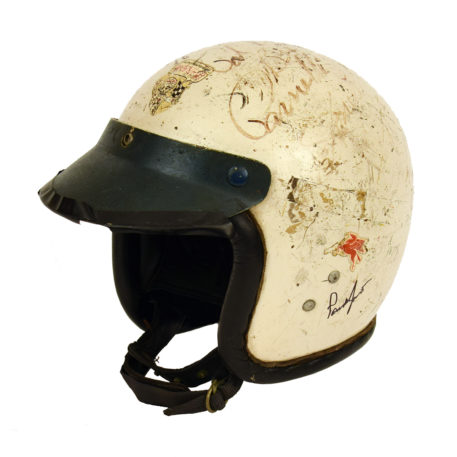 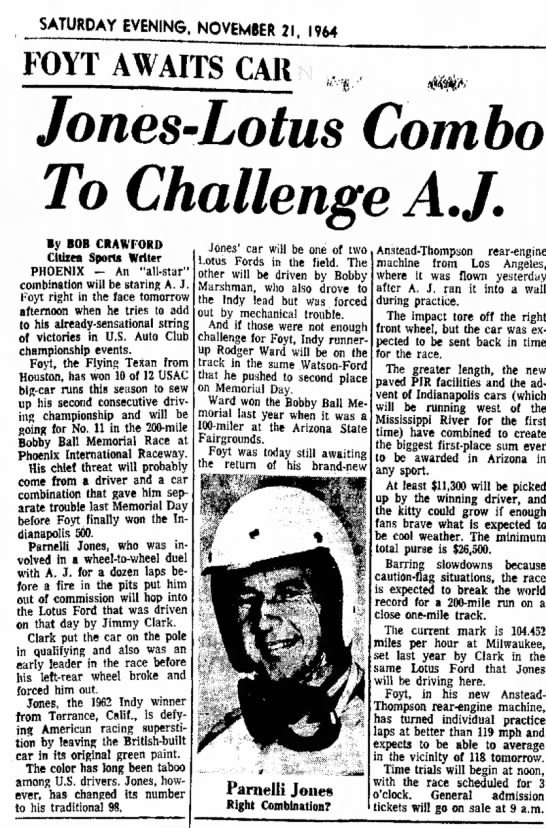 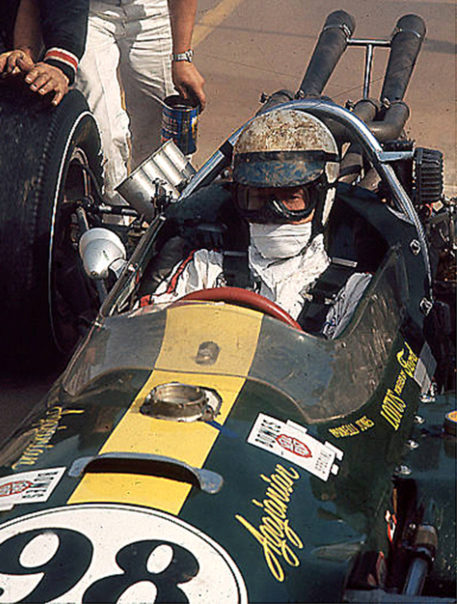 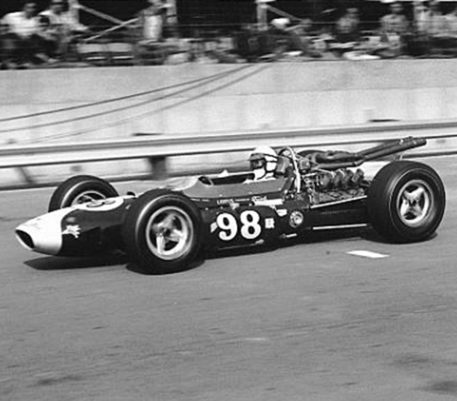 This Parnell Jones McHal Helmet was hand made by Mr McHal in Indianapolis for the current Indy 500 winner in late 63 or early 64. This helmet was used many times by Jones and has been photo matched to The Bobby Ball Memorial USAC IndyCar race at Phoenix International Raceway 0n Sunday November 22nd 1964. The helmet picture below on Jones as he gets ready to start in J.C Agajanian’s Lotus 34-Ford. This is the same car that Jim Clark used during the 1964 Indy 500. The helmet is still dirty with mud as he used it the night before in a race on dirt. Amazingly all these years later some of that dirt and the original tape is still attached to this helmet which comes complete with the original visor.

The helmet was gifted to a track owner / promoter “Bill” sometime around 1966 along with Mario Andretti’s and Al Unser’s helmets. These 3 helmets were later traded to Ron Burton the famous artist who did a painting for the gentleman in exchange for the helmets. It’s believed to be the case that these 3 helmets started the interest in collecting helmets for Burton who would go on to build one of the finest and most famous helmet collections in America and world wide. Over 170 helmets mainly appeared on display for years at Speedway’s Union Jack Pub in Indianapolis, Indiana. In 2018, the collection was acquired by The Hall of Fame Collection.