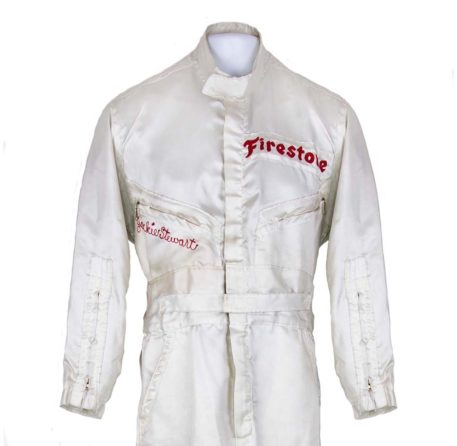 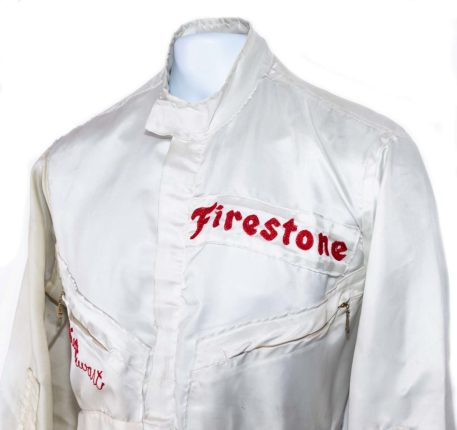 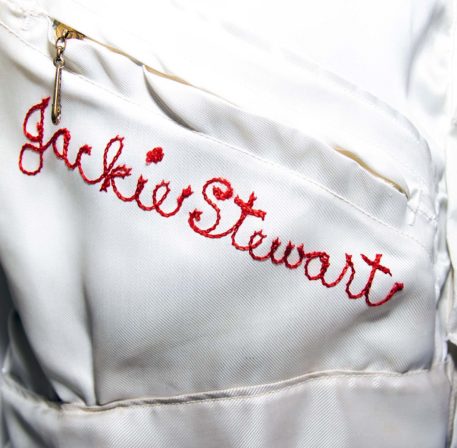 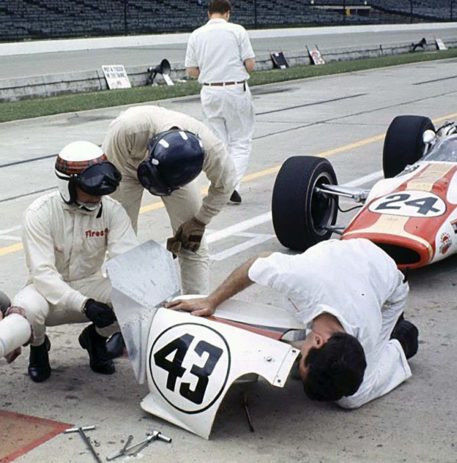 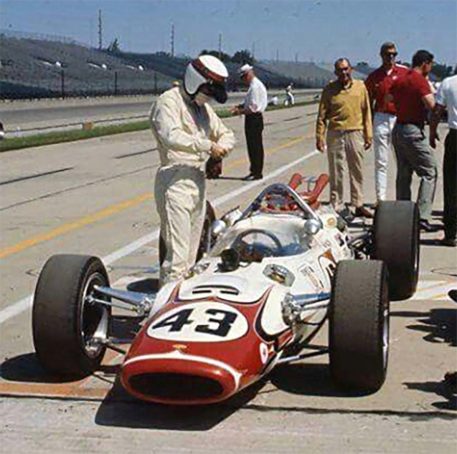 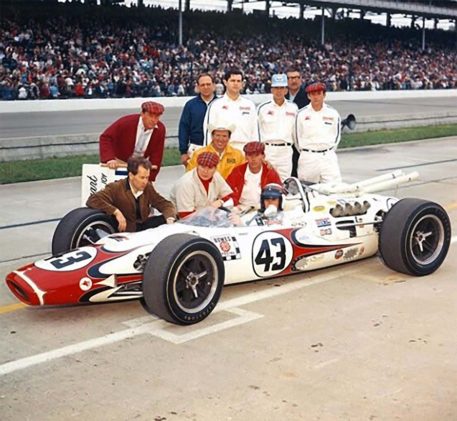 This original race suit was one of the used by former three-times world champion Sir Jackie Stewart during his first attempt to win the Indianapolis 500 in 1966. After the success the previous year of fellow countryman Scot, Jim Clark. A British contingent of drivers and rear engine cars descended on Indianapolis to try and win the race for a second year. Stewart drove a Lola T90-Ford, for the Mecom Racing Team who also fielded drivers Rodger Ward, and Graham Hill.  Stewart, with just eight laps remaining was leading the race by a lap. Disaster struck when the his machines scavenger pump broke and sidelined Stewart, leaving teammate Hill to take the victory. Stewart’s performance, of having had the race fully in hand, to be denied by mechanical failure, won him Rookie of the Year honors despite the winner, Graham Hill, also being an Indianapolis rookie.

This all-white zippered cotton drill Hinchman Racewear suit would have been used sometime during the month of May by Stewart. We can confirm that it was not a suit used on the day of the race. However, due to the heavy wear on the suit, it was probably worn during many days of practice/testing that Stewart would have had to undertake to ready him for the challenging and demanding event. The suit has Stewart’s name chain stitched in red to the left chest and tire suppliers Firestone patches attached to the right chest and back of the suit.

This is a very rare opportunity to acquire a piece of Motorsport history, worn by one of the true legends in the history of motorsport.

When it comes to F1 World Champions collections, you will likely never have the opportunity again to find a suit used by this 3 time Champion Jackie Stewart.

The suit will be accompanied with a full Certificate of Authenticity.