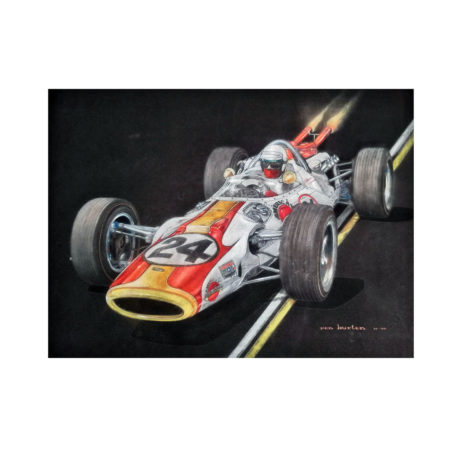 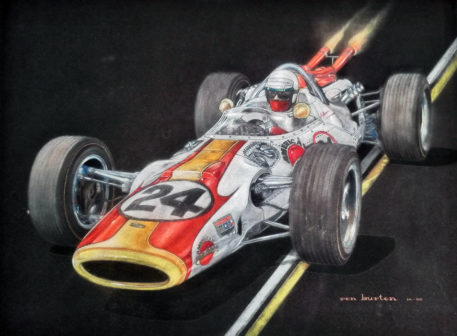 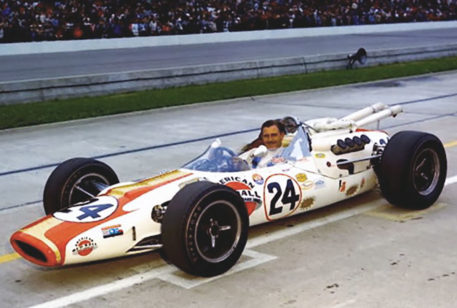 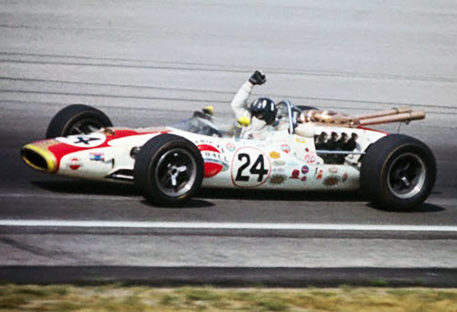 Original Ron Burton artwork depicting British driver Graham Hill on his way to victory at the 1966 Indianapolis 500 in his Red Ball Lola. This was the 50th running of the Indy 500. Hill would go on to win an action-packed and controversial race, one in which 11 of the 33 starters were eliminated in a first-lap accident right after receiving the green flag on the main stretch. Hill’s John Mecom Racing teammate, Jackie Stewart, dropped out of the race while leading by a lap with just ten to go.  Fellow Indy 500 rookie Hill would then go on to inherit the lead and successfully completed the final ten laps to take the checkered flag. It was thought by many that fellow Brit Jim Clark was a lap ahead of Hill when the checkered flag fell, but after checking the race timing the following day USAC officials declared Hill the official race winner.

The artwork is in Ron Burton’s unique medium of chalk crayon on velvet art paper and is approximately 26 inches x 20 inches in style.

The artwork also comes with a full Certificate of Authenticity.