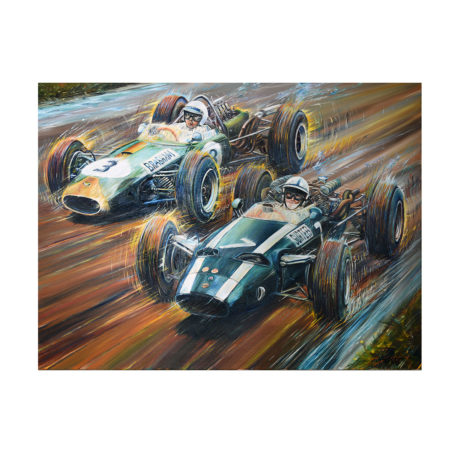 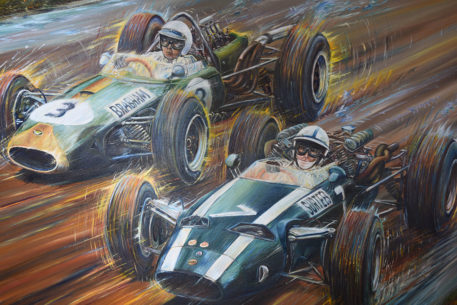 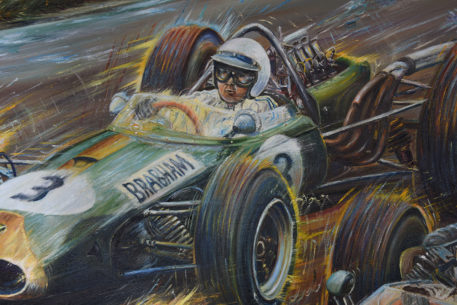 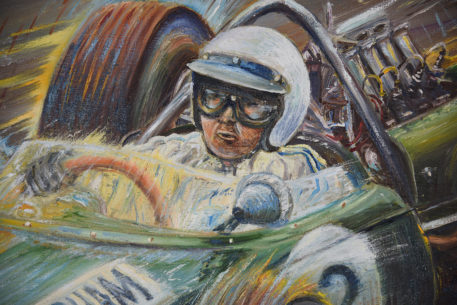 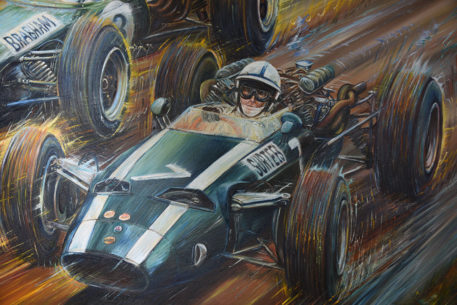 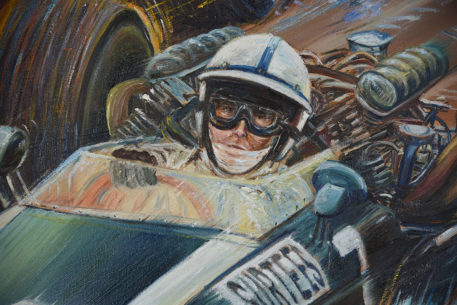 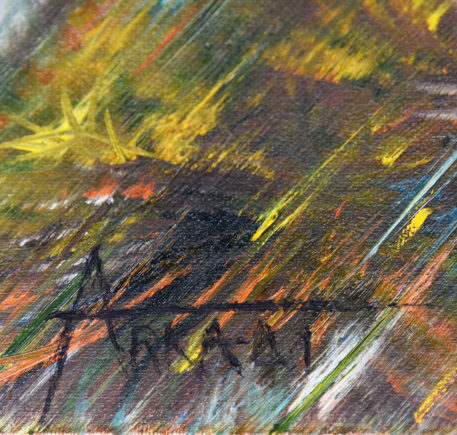 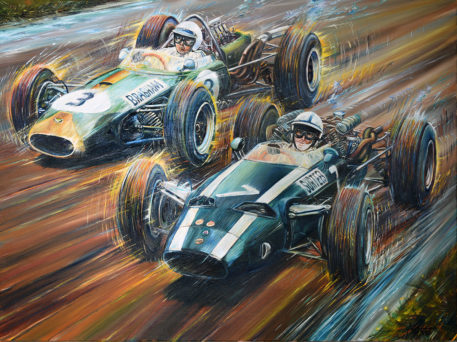 Stunning original artwork from Canadian-based motorsport artist Arkadi. This abstract style artwork shows Brabham in his Brabham-Repco on the outside of Surtees Cooper-Maserati ready to pounce and take the race lead. Arkadi’s style for this work emphasizes the speed of the cars and the excitement of 1960s Grand Prix racing. The work’s medium is oil on canvas and the dimensions are 40 x 30 inches.

A rain-soaked Nürburgring track provided a race-long duel between the two main contenders for the 1966 World Drivers’ Championship Jack Brabham and John Surtees. It was not until the Surtees Cooper’s clutch failed just two laps from the end that Australian Brabham’s victory was guaranteed. Jim Clark, who qualified on pole, spun and crashed after selecting the wrong tires. In a far more serious crash during the race involving Jacky Ickx and John Taylor, Taylor was badly burned in the accident and would sadly succumb to his injuries a few weeks later. The race was held with both Formula One and Formula Two cars competing together. Jack Brabham would go on to win the Drivers Championship, his second of three.

Artist Arkadi, who grew up in Eastern Europe, had his first taste of motorsport as a child when his father took him to see an F3 race. From that day forward he was hooked and as soon as he got home he was drawing the cars that gave him such a thrill. Attending races on a regular basis Arkadi’s painting and drawing skills would continue to improve. At Art School, while others painted still-lifes, he would start painting what truly inspired him, racing cars in action. Arkadi currently lives and paints motorsport art in Burlington, Ontario, Canada.