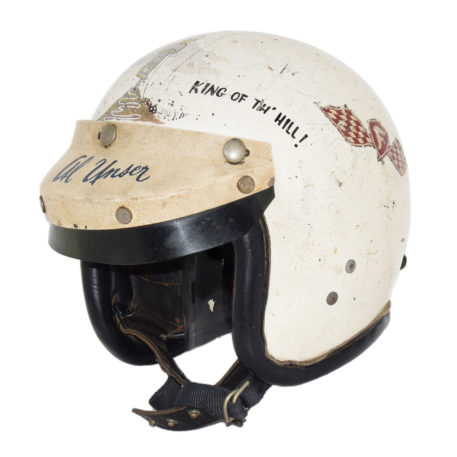 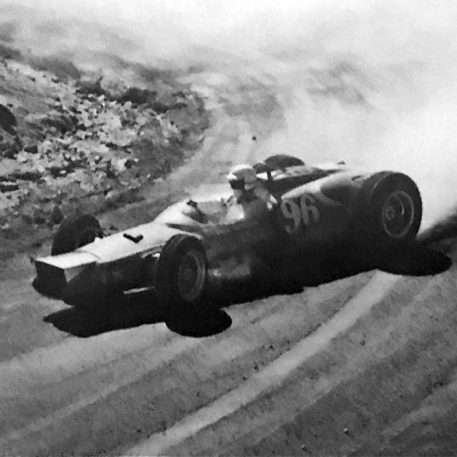 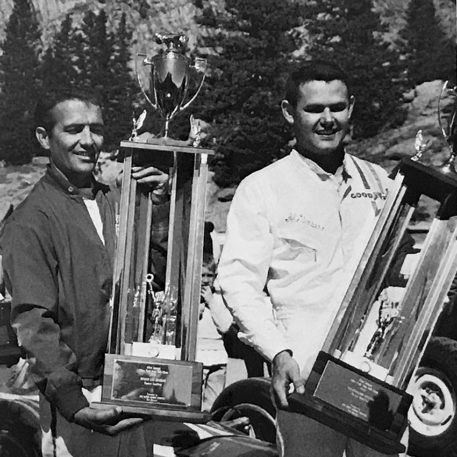 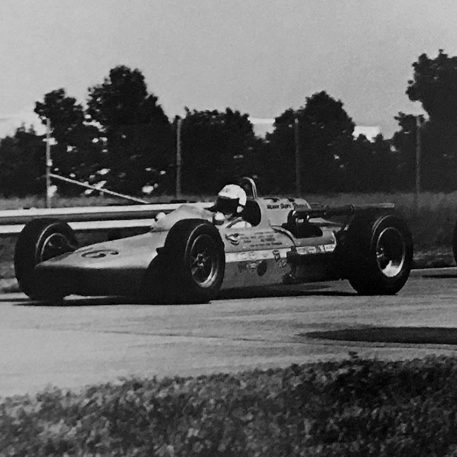 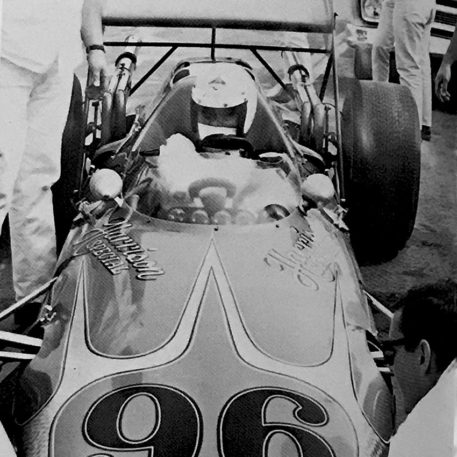 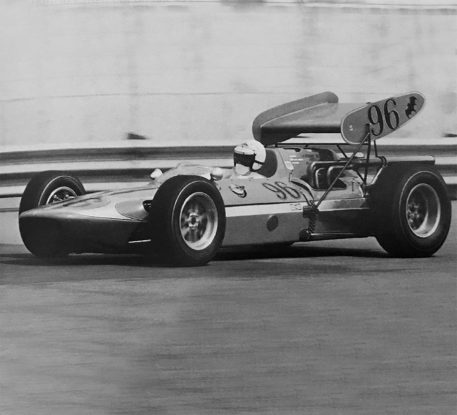 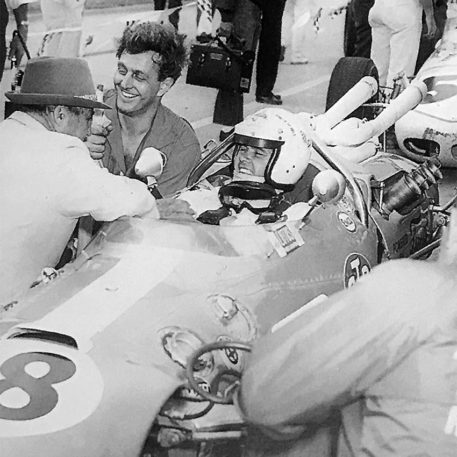 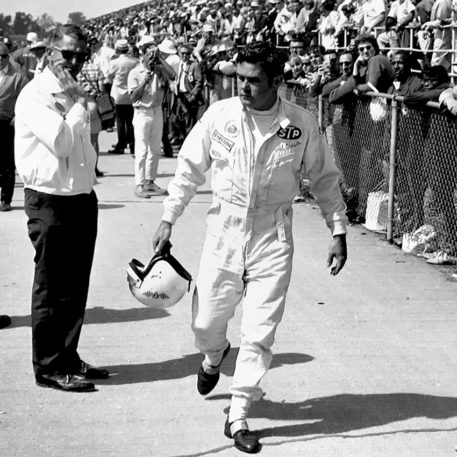 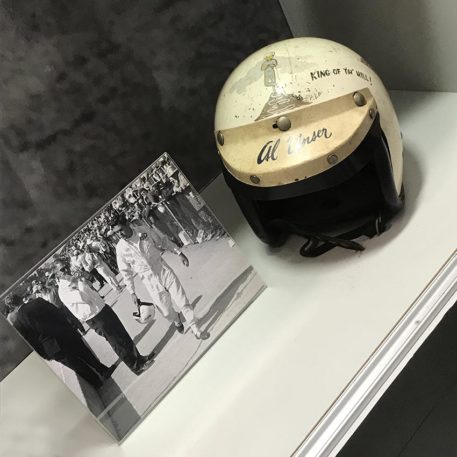 This plain white open face helmet shows all the scars of wear in many races. It first comes to prominence when Al beat out his multi Pikes Peak Champion Brother Bobby for the second time winning the 1965 Pikes Peak Championship. Al then added the painted cartoon image to the helmet that depicts the Pikes Peak hill run with a race car running up the side. Al’s caricature is atop of the hill, arms folder and legs crossed. It also has the words ‘King of th’ Hill’ (maybe in a playful jibe at his brother) painted to the left side. The peak of the helmet has Al’s name painted on its top. Al wore the helmet in all the remaining races of the season where he drove the Frank Harrison owned Eisert. Al also wore the helmet in some races during the following season 1966, most notably at the Indianapolis 500 driving one of the Granatelli STP backed Lotus 38 cars.

You can see many photo matched pictures of Al wearing this helmet.

A fantastic opportunity to acquire this historic piece of IndyCar memorabilia from one of the legends of the sport.

This helmet formed part of the Amazing Unser display at the Indianapolis Motor Speedway in 2018.

The helmet comes from the collection of Ron Burton, the renowned motorsport artist from Indianapolis. Burton had many friendships with drivers from the 1960’s onwards and often traded drivers his original artwork in return for one of their helmets.

Do not miss out on this very rare opportunity to acquire maybe the Ultimate piece of Unser memorabilia.