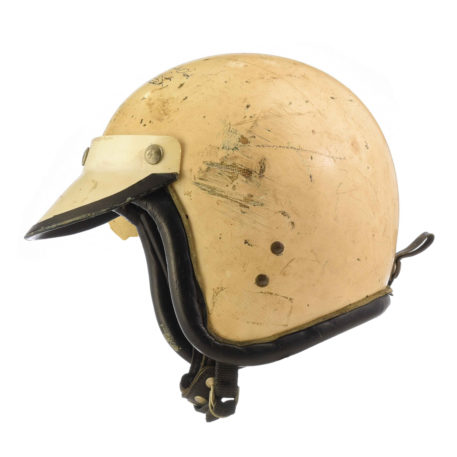 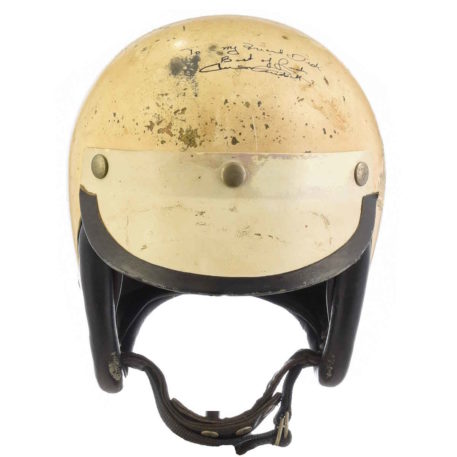 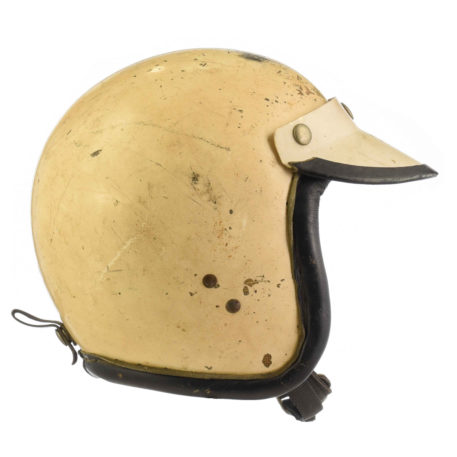 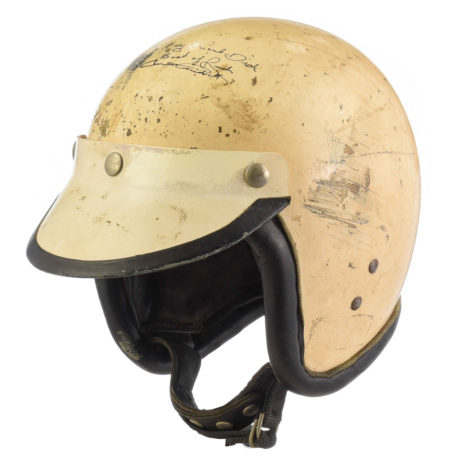 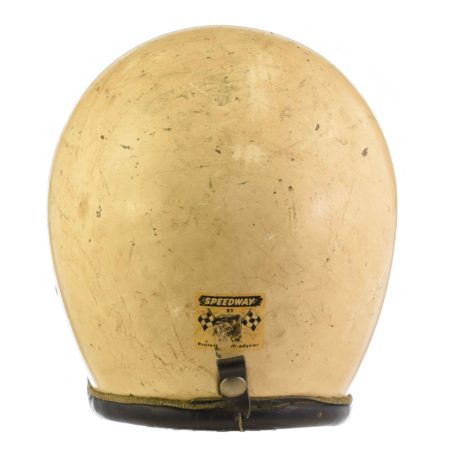 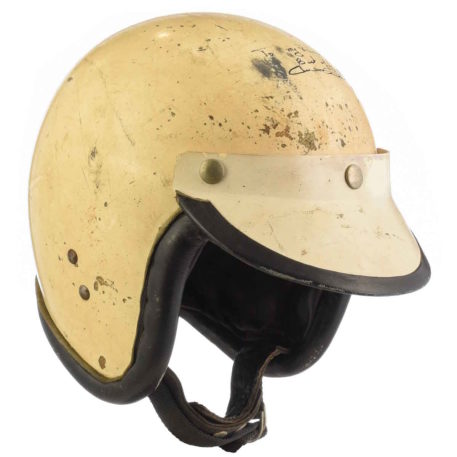 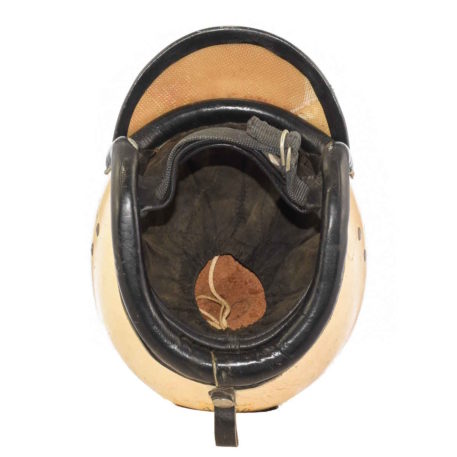 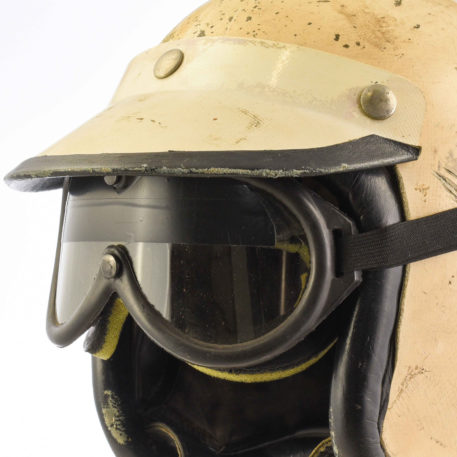 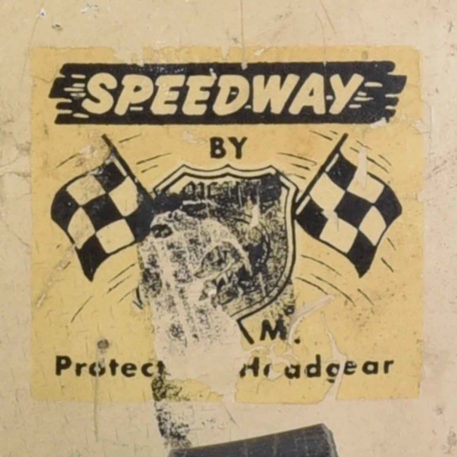 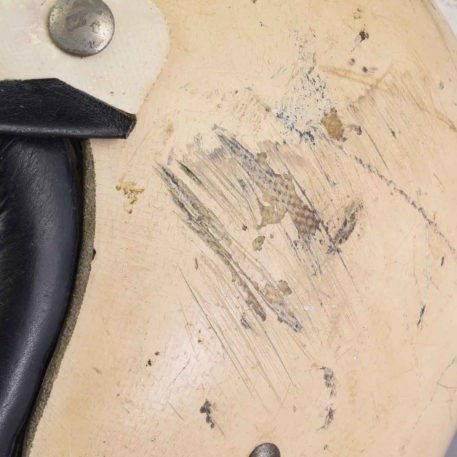 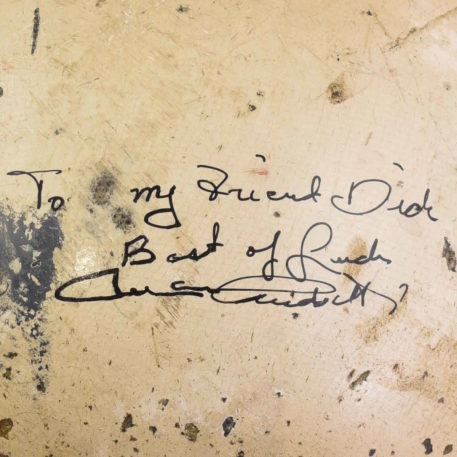 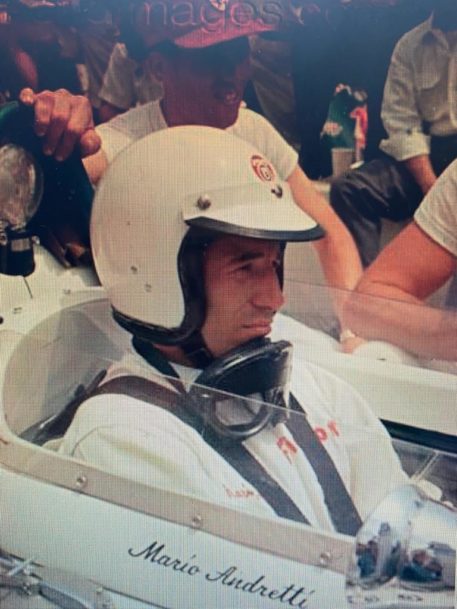 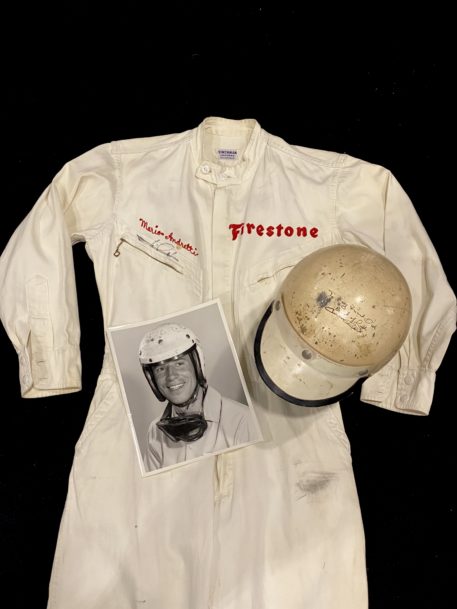 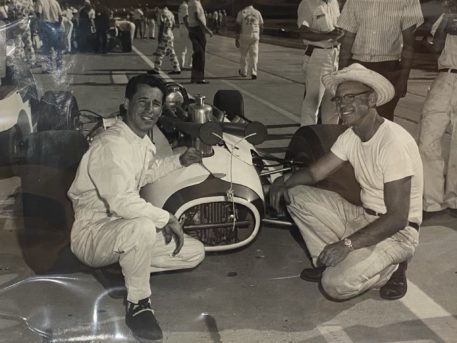 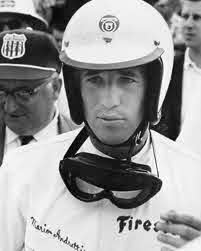 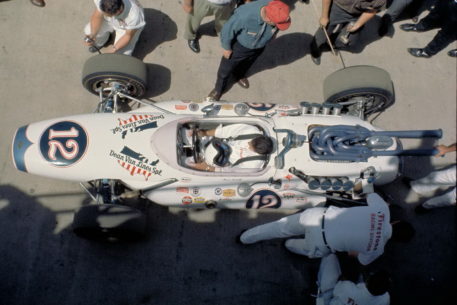 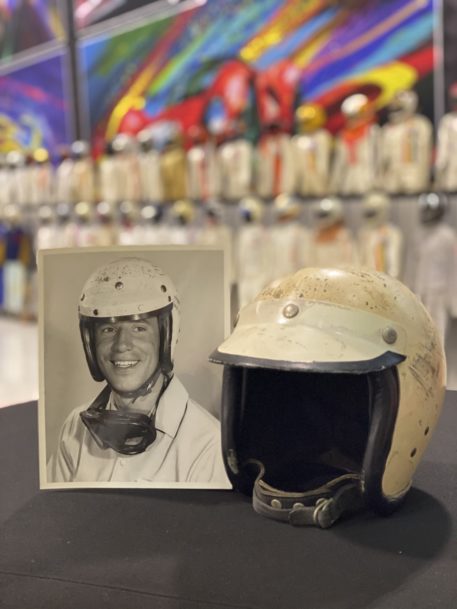 This vintage, race-used McHal Helmet is from Mario Andretti’s first Championship season and Rookie of the year campagin in 1965.

This fantastic original helmet which was gifted in mid 60’s to famous historian Dick Wallen who was likely the first major helmet collector. Wallen’s books on the early days of racing are still highly collectable and even more special is the fact that Wallen had Andretti sign the helmet to him at the time.

Defending race winner A.J.Foyt ended up as the fastest of the day, with three laps in the 161 mph range. His first lap of 161.958 mph established the new one-lap track record. His record four-lap average of 161.233 secured the pole position, his first pole at Indy. On raceday it was all about Jim Clark and team Lotus but Andretti had a fantastic race winning Rookie of the Year and finishing in 3rd place.

Andretti would win his first championship car race at the Hoosier Grand Prix on a road course at Indianapolis Raceway Park in 1965. His third-place finish at the 1965 Indianapolis 500 in the Brawner Hawk earned him the race’s Rookie of the Year award, and contributed towards Andretti winning the series championship. He was the youngest USAC National Champion in series history at age 25.

Mario Andretti is undoubtedly one of the most successful Americans in the history of the sport. During his career Andretti won the 1978 Formula One World Championship, four IndyCar titles (three under USAC-sanctioning, one under CART), and IROC VI. To date, he remains the only driver ever to win the Indianapolis 500 (1969), Daytona 500 (1967) and the Formula One World Championship, and, along with Juan Pablo Montoya, the only driver to have won a race in the NASCAR Cup Series, Formula One, and an Indianapolis 500. No American has won a Formula One race since Andretti’s victory at the 1978 Dutch Grand Prix.  Andretti had 109 career wins on major circuits.

In his long racing career Andretti has been the only person to be named United States Driver of the Year in three decades (1967, 1978, and 1984). He was also one of only three drivers to have won major races on road courses, paved ovals, and dirt tracks in one season, a feat that he accomplished four times. With his final IndyCar win in April 1993, Andretti became the first driver to have won IndyCar races in four different decades and the first to win automobile races of any kind in five.

This is a fantastic opportunity to own such an iconic original helmet from the man who was voted driver of the century.

The suit is signed and comes with a Certificate Of Authenticity.