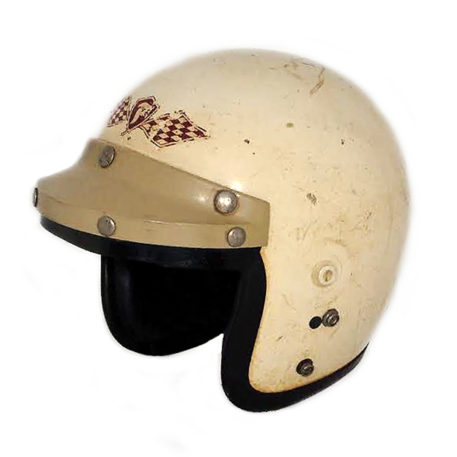 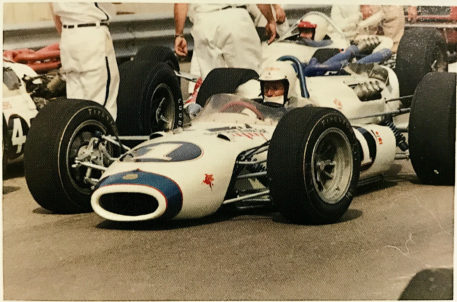 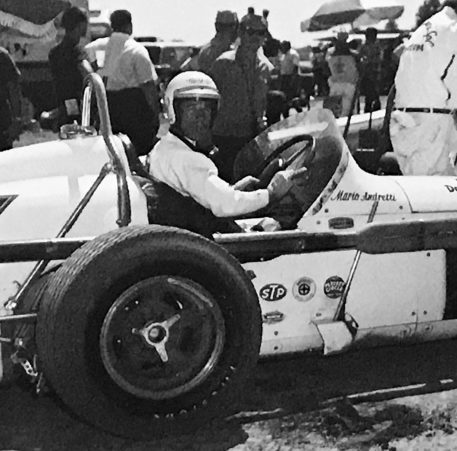 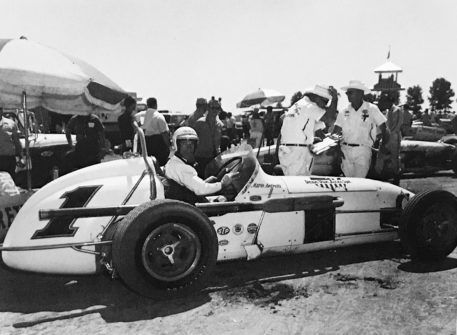 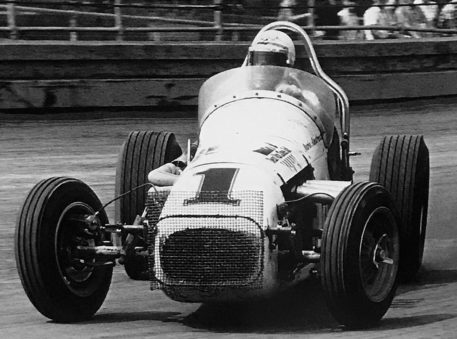 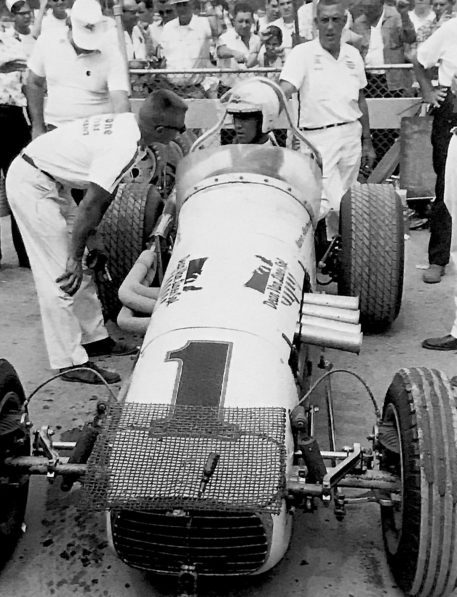 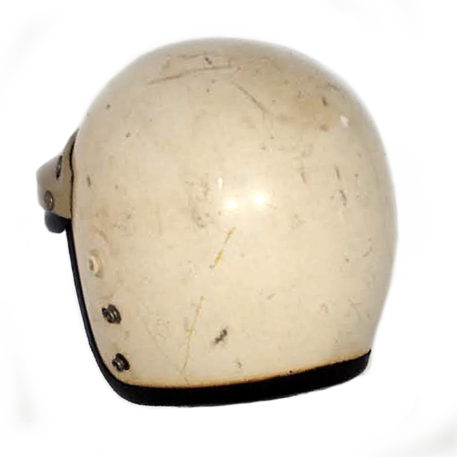 Mario Andretti’s 1966 Bell Toptex Helmet. This original Snell 1962 Bell helmet was used during Mario Andretti’s first two USAC National IndyCar Championships in 1965 and 1966 and appeared in many events such as the Indy 500, the Hoosier 100 as well as the Sebring 12 hours during the 1966 season. Mario Andretti would become Indycar champion for the second time in 1966 using this exact helmet.

Mario also won the pole position in 66 at the Indy 500 after dominating practice and qualifying and can be seen in several photographs in this helmet. He is also pictured at the 1966 Hoosier 100 as he often used this helmet in the dirt races during his Championship run.

This helmet was also worn during Mario’s 1966 victory at Trenton, NJ. It’s possible it was the last time he ever used it as the helmet was gifted to a former track promoter along with Parnelli Jones and Al Unser Sr’s 1966 helmets from the same era. Ron Burton obtained these 3 helmets from that individual in exchange for one of his paintings. It was likely that these 3 helmets were the earliest helmets Ron obtained and kick started his passion for collecting helmets.

Burton once mentioned that these 3 helmets were the only ones not obtained from the drivers directly. The rest all came from trades he did for his artwork directly from the drivers.

It’s fantastic to see such an iconic helmet again after more than 50 years since it was used on the track.

Visit our YouTube channel or our website for the full video of the helmet being shown to Bell Racing USA executives for the first time in over 50 years.