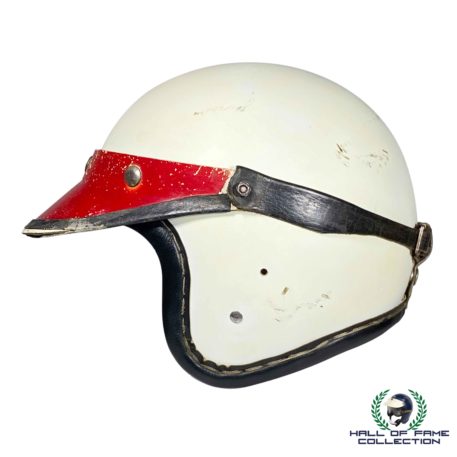 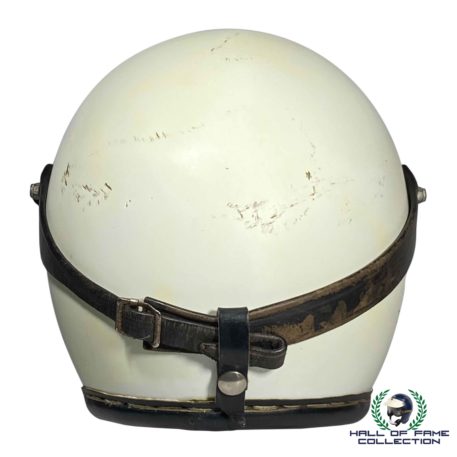 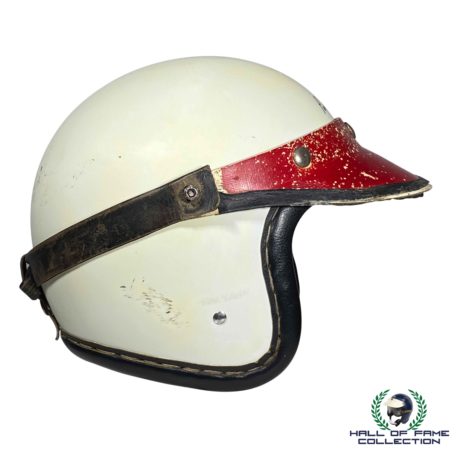 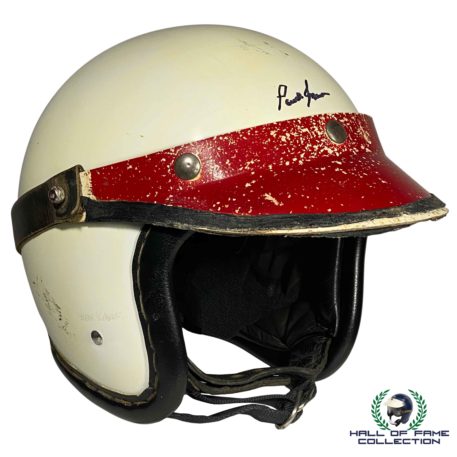 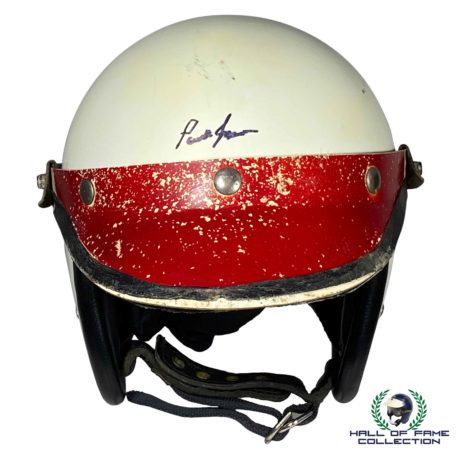 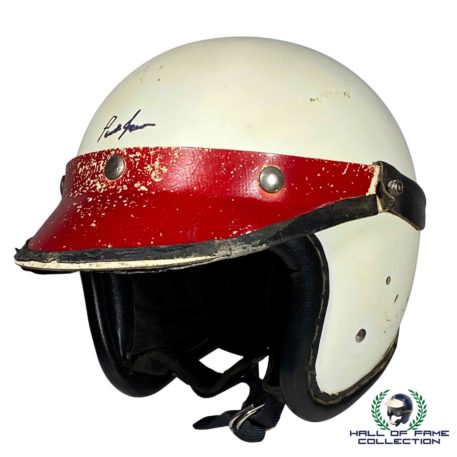 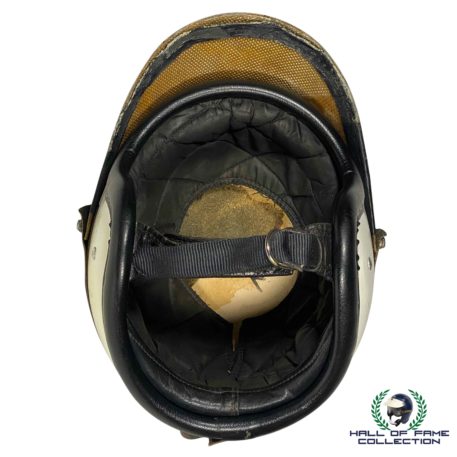 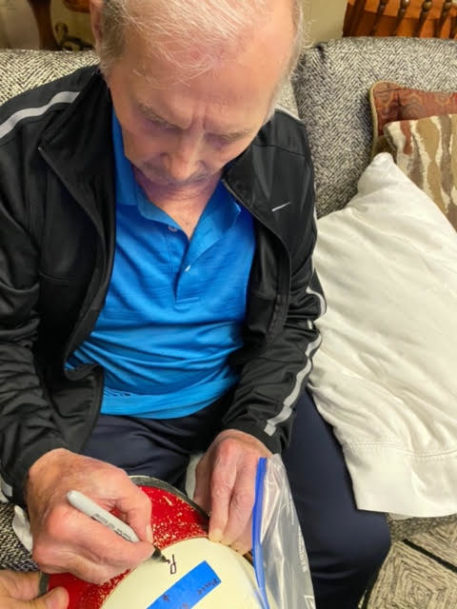 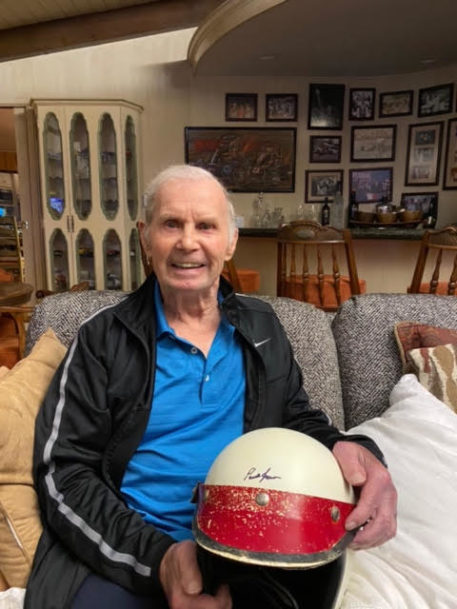 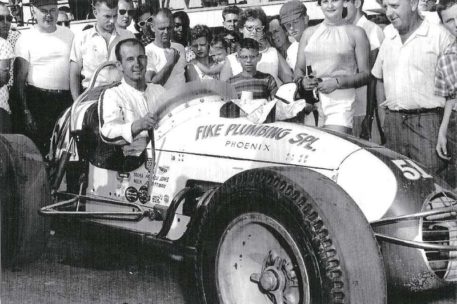 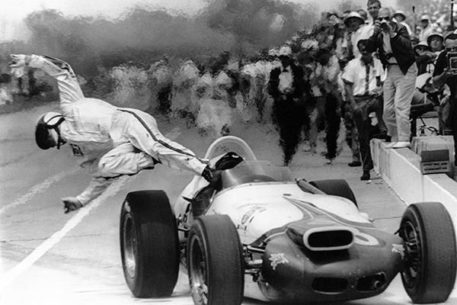 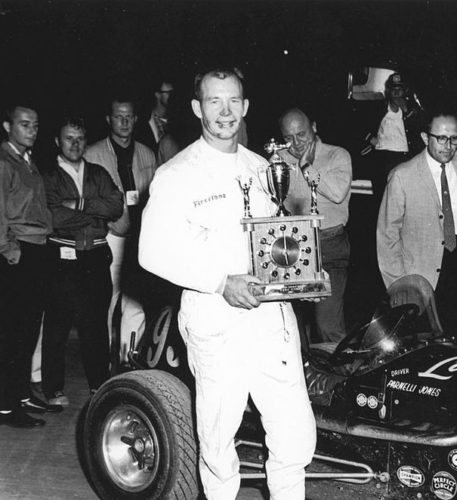 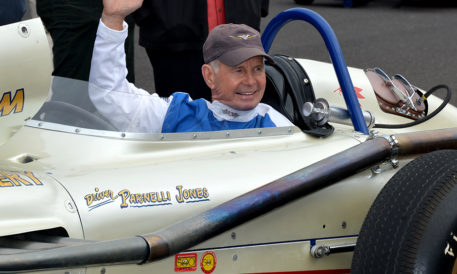 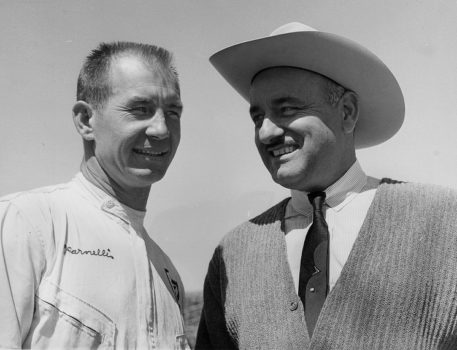 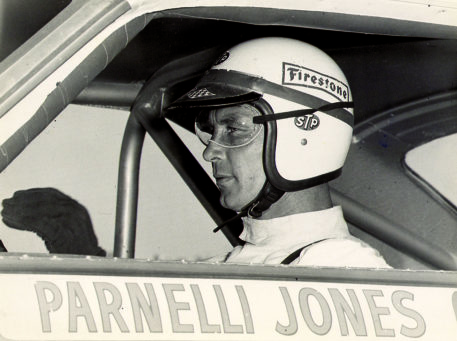 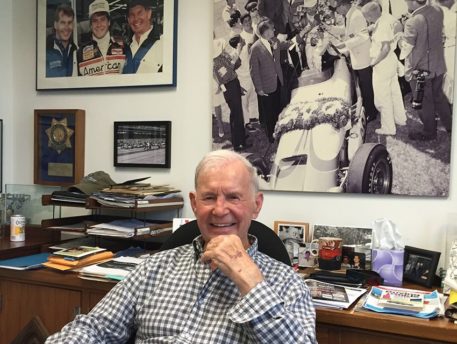 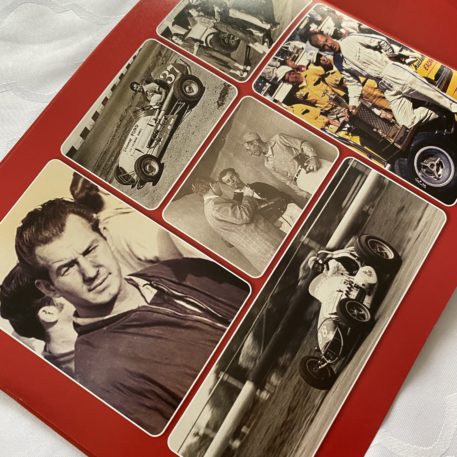 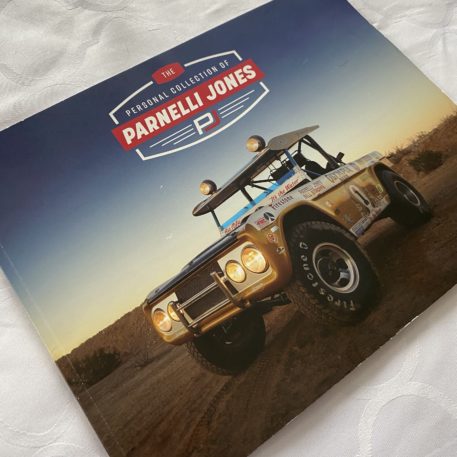 Very rare, original race-worn helmet from Rufus “Parnelli” Jones’ historical career. Jones a famous 60’s American racing driver and later racing team owner,  is notable for his accomplishments competing in the Indianapolis 500 and the Baja 1000 desert race. In 1962, he became the first driver to qualify over 150 mph at the Indy 500. He would go on to win the Indy 500 the very next year in 1963 and then famously broke down while leading the 1967 race with three laps to go in a turbine car. During his career as an team owner, he would also win the Indy 500 in 1970 and 1971 with driver Al Unser Sr. driving the ‘Johnny Lightning’ special.

Jones won 6 total races during his National Championship (IndyCar) Career. He also scored 25 wins in Midgets, 25 wins in Sprint Cars as well as posting victories in NASCAR and in the Baja 1000 off-road races.

This McHal Indy 500 Speedway helmet is a very rare model and was expensive at the time so only the top drivers of the day used them.  With only 4 worn helmets from Jones’ career to be known to exist, you don’t want to miss this extremely rare opportunity to own this historical item today.

The helmet has been hand-signed by Jones in a black marker pen and it’s accompanied with a photograph of him holding the helmet plus a Certificate Of Authenticity.