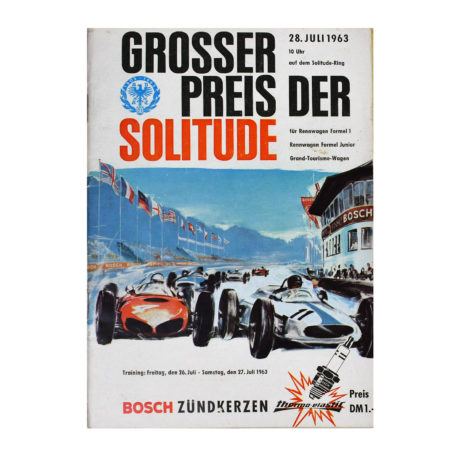 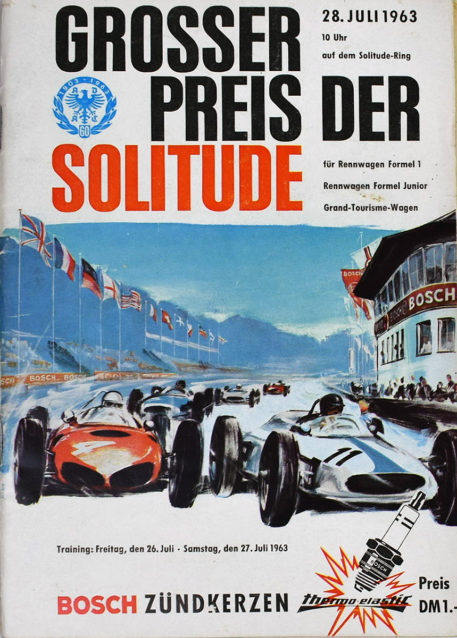 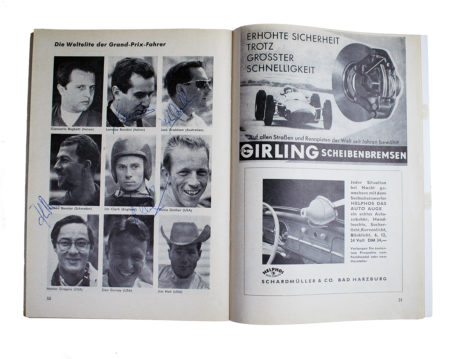 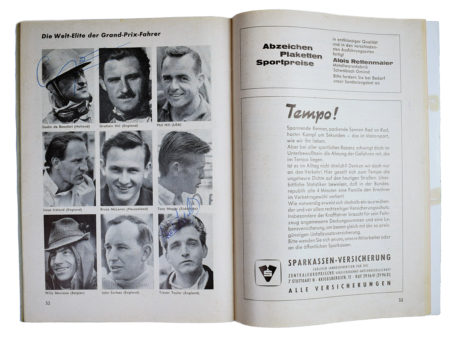 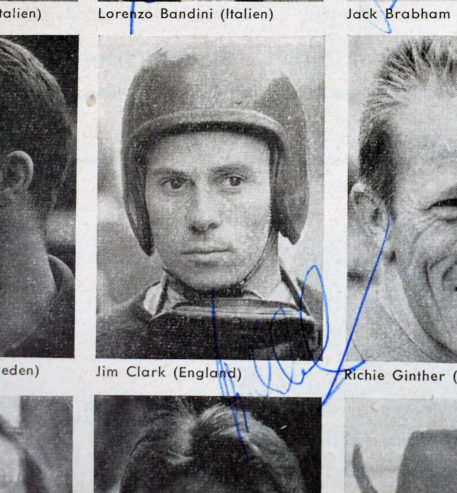 This program is from the 13th Solitude Grand Prix, a non-Championship motor race run to Formula One rules, held on the 28th of July, 1963 at the Solitudering near Stuttgart. The race was run over 25 laps of the 7.089 mile (11.4086 km) circuit and was won by Jack Brabham in his Brabham BT3.

The program is from the weekend’s events at the track that also included hosting supporting races for Formula Junior and G.T. cars. The program is unique in that it contains the very rare signatures of Jim Clark, Lorenzo Bandini, Carel Godin De Beaufort, Joakim Bonnier, Jack Brabham, and Trevor Taylor. Each has personally signed their individual pictures with a blue ballpoint pen.

The Solitude circuit, named after the castle on top of the hill overlooking the valley in which the race track lies, is a circuit that is made up of normal everyday roads set in a glorious wooded valley. A large crowd of 220,000 people would turn up to watch the race that day. From the practice times it was obvious it was going to be a race between Jim Clark and Jack Brabham, but when the flag dropped Brabham shot off on his own and Clark’s arm would go up to indicate that he was in trouble. While the remaining twenty-six runners raced up into the hills, led by Brabham and Bonnier, the works Lotus was pushed to the pits and mechanics set to work on it. As Brabham started his 16th lap he was well out in front with Bonnier, Arundell, and Ireland following at respectable distances. Clark, who had no chance of winning, would rejoin the race just for the fun and proceeded to set new lap records one after the other. Brabham quietly got on with the job of winning and taking the chequered flag, with Arundell in second and Ireland third.