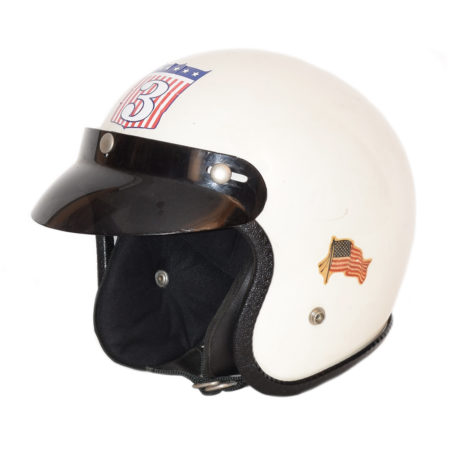 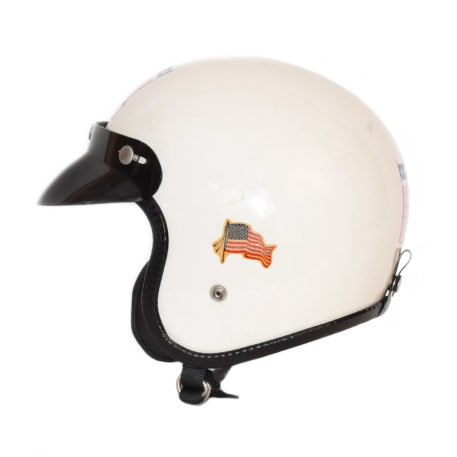 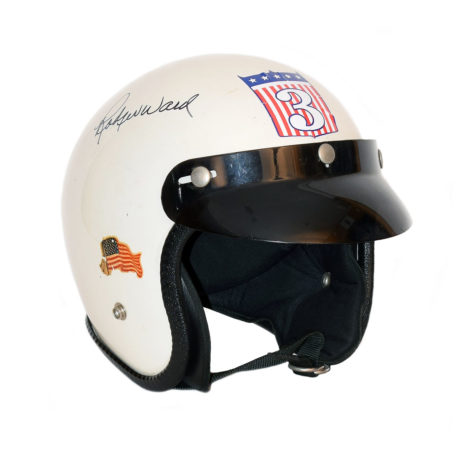 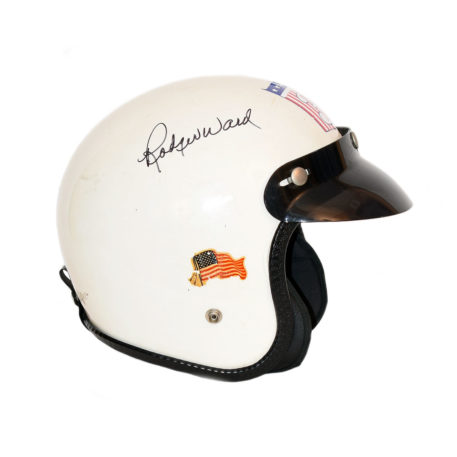 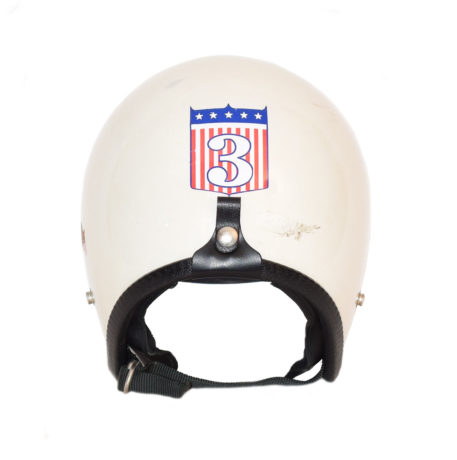 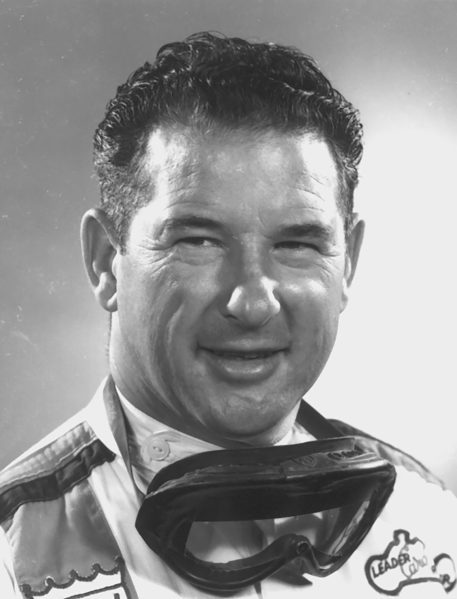 This period-correct white helmet has been signed by former two-time USAC IndyCar Champion and two-time Indianapolis 500 winner Rodger Ward. He had twenty-six victories in his successful IndyCar career. A supreme driver behind the wheel of either midget or sprint cars, Ward also racked up many victories in both these series.

Roger Ward has personally signed the helmet and it comes with a full Certificate of Authenticity.