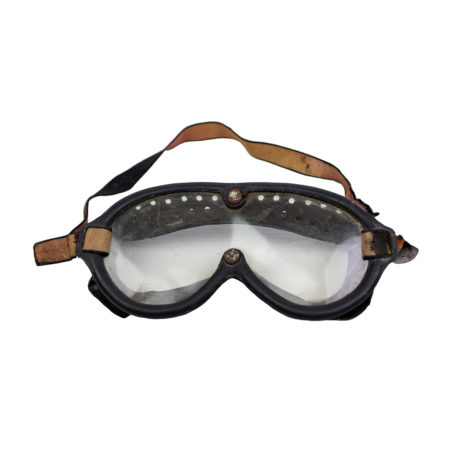 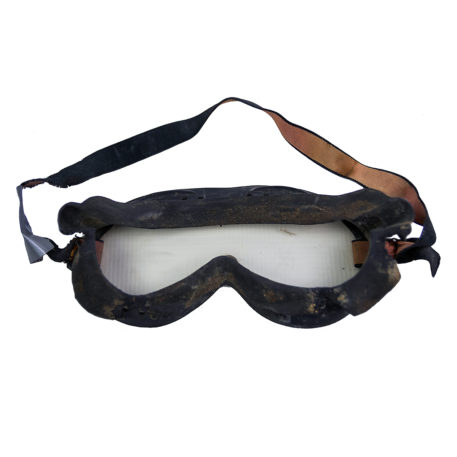 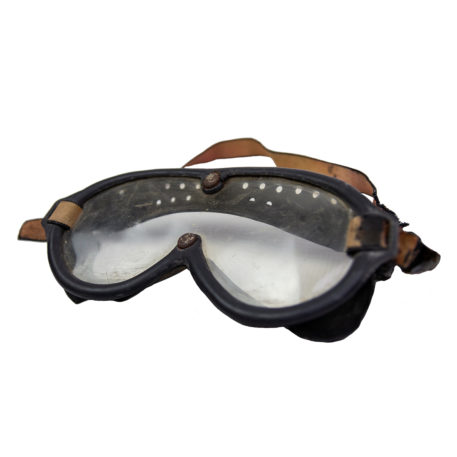 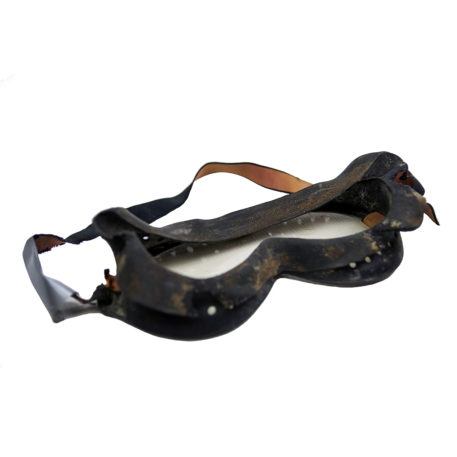 Pair of rubber-backed goggles worn by one of the legends of motor racing, Graham Hill. The goggles, along with many other of Hill’s race-worn items, were obtained from the estate of a mechanic who worked with Hill at the John Coombs Sportscar Racing team throughout the 1960’s. At the time Hill joined the Coombs team in 1962, he was also employed by the Owen Racing Organisation to drive for them in Formula One. He would go on to claim the 1962 Formula One Driver’s Championship with four wins driving a BRM P57.  Hill would can be seen using these goggles many times during the 1962 racing season. This was the first season Hill used this style of rubber goggles as, in previous seasons, he had used smaller leather-backed aviators goggles. It has also been noted that after 1962 Hill would have started to apply sun shade tape to the top of all his goggles.

This is a great chance to acquire these fantastic, historic goggles worn by Hill, the two-time World Formula One Champion, as well as a Le Mans and Indianapolis 500 winner.

The goggles come with a Certificate Of Authenticity.