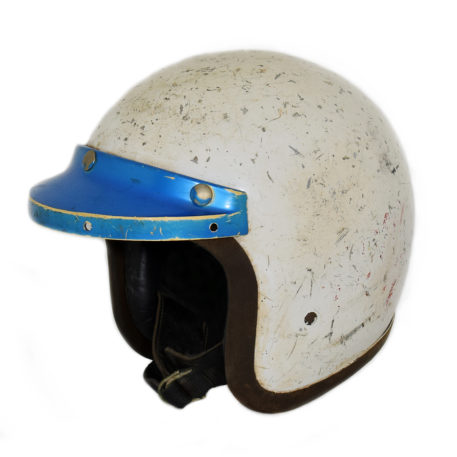 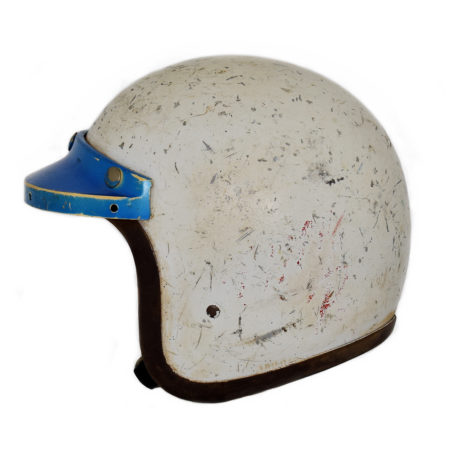 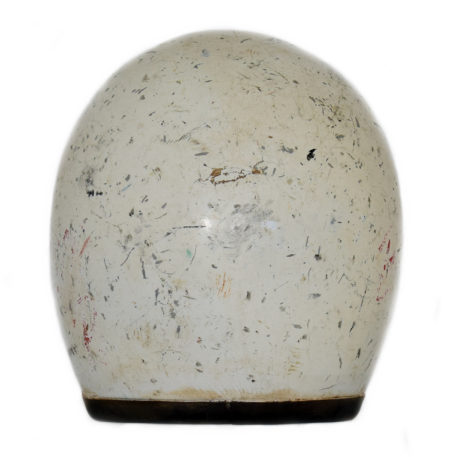 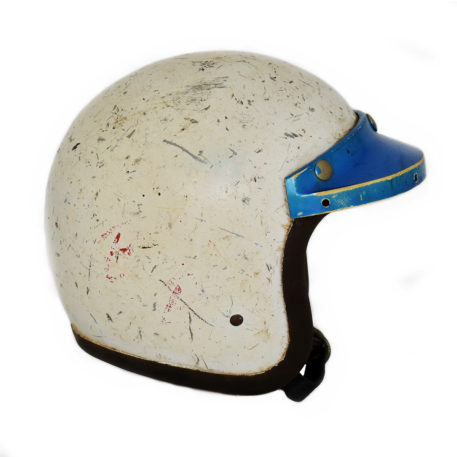 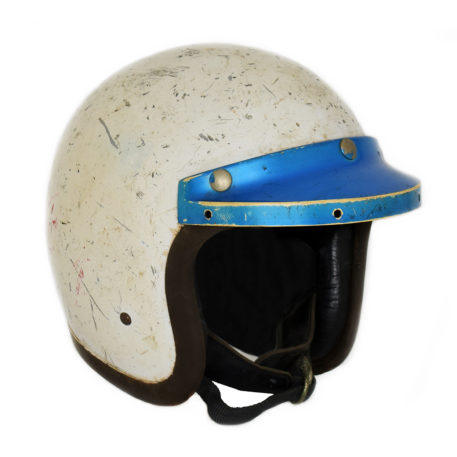 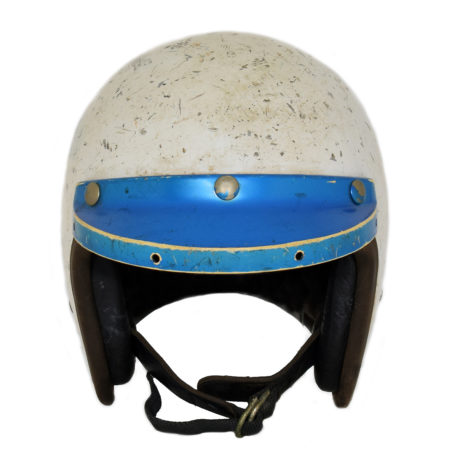 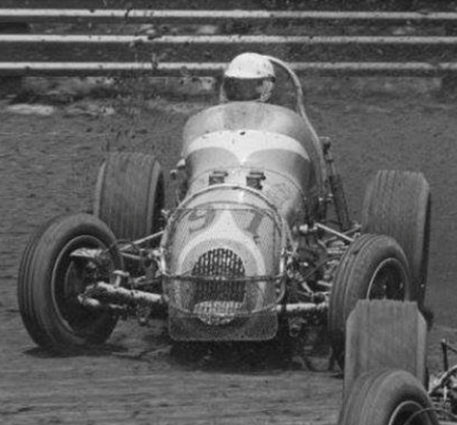 Bill Puterbaugh, finished in seventh in the 1975 Indianapolis 500 and was named Rookie of the Year. Puterbaugh originally hailed from Roxana, Illinois, and raced out of the St. Louis area for several years before moving to Indianapolis in the late 1960s. He made three consecutive Indy 500 starts from 1975-’77, Puterbaugh made 30 starts in United States Auto Club (USAC) National Championship IndyCar competition between 1967 and 1979, scoring eleven top-ten finishes, He also was a regular top-ten runner in USAC’s Silver Crown series for Dirt Champ Cars during the early ’70s, and a five-time race winner in USAC Sprint Car championship points ranking of third in the in 1969.

This helmet would have been worn by Puterbaugh around the 1967 and 1968 racing seasons. The all white leather padded helmet shows heavy race wear has all the scars of many battles. It has a metallic blue visor peek that also shows race wear.

Helmet was a part of the Ron Burton Collection.