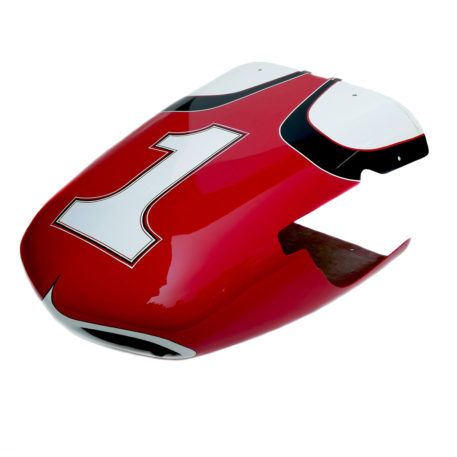 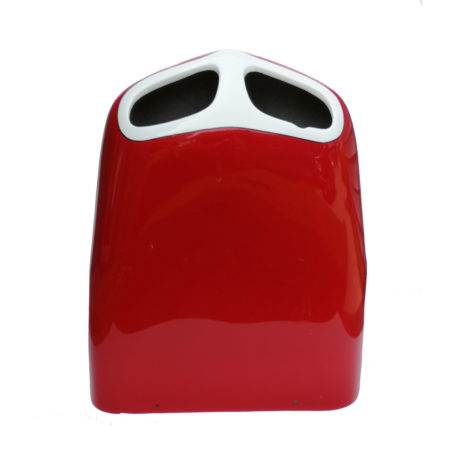 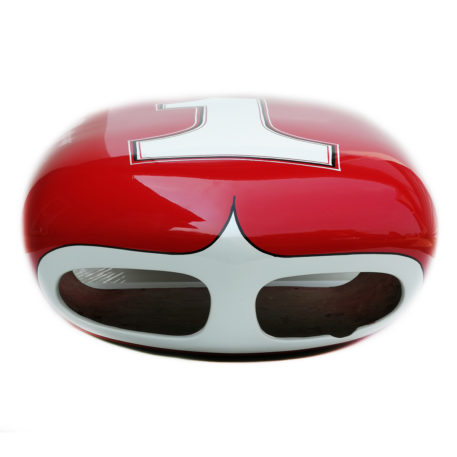 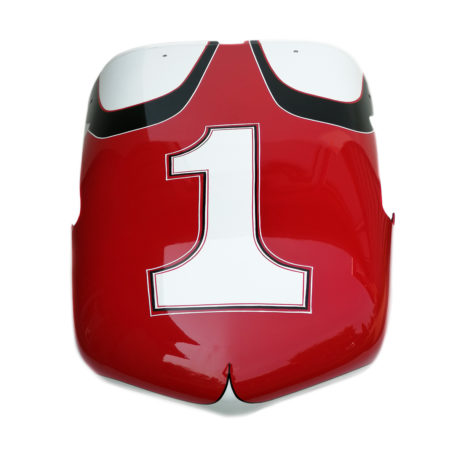 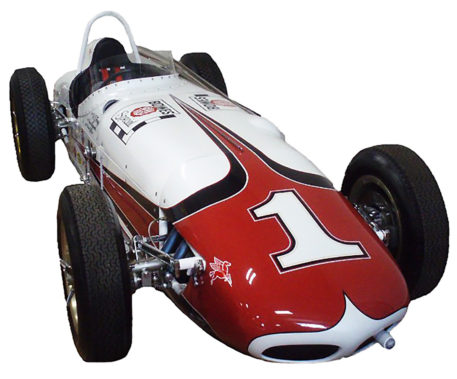 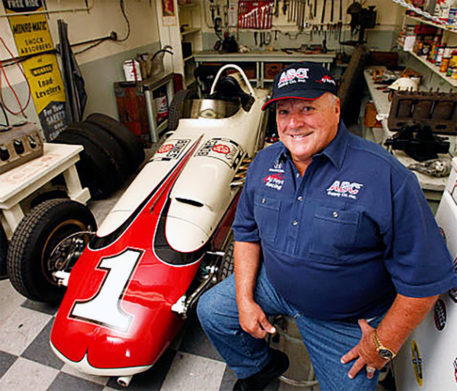 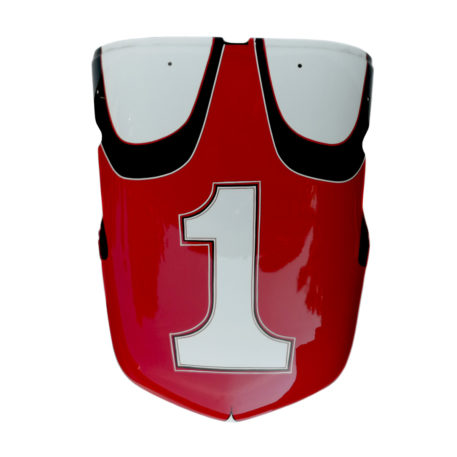 Original front nose cone acquired by its previous owner from one of A.J. Foyt’s old race shops. He stored the all fiberglass piece for the last fifty years and then recently had it restored to its former glory, as it would have looked as part of the 1961 Floyd Trevis Offenhauser, Bowes Seal Fast Special. This is one of the cars Foyt used to win the 1961 USAC Championship. The Trevis car was almost an exact copy of the Watson Roadsters of the day. Foyt used this car in three races during the season, including his win at the Indianapolis 500. In fact, in 1961, he became the first driver to successfully defend his points championship and win the Indy 500.

The nose has been fully restored and painted to concourse standard in the Bowes Seal Fast colors of red, black & white. It has a hand pinstriped #1, signifying that Foyt was the 1960 USAC National Driving Champion the previous year.

This would be a fantastic addition to any Foyt/IndyCar collection and would make a great center piece item.

Please note we cannot confirm if this nose was used in a racing situation or if it was just a spare/backup nose.

The piece comes with a Certificate Of Authenticity.