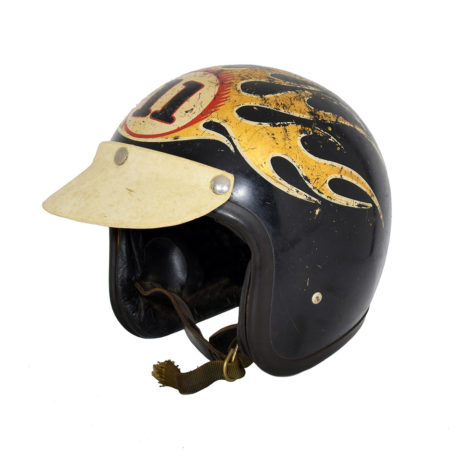 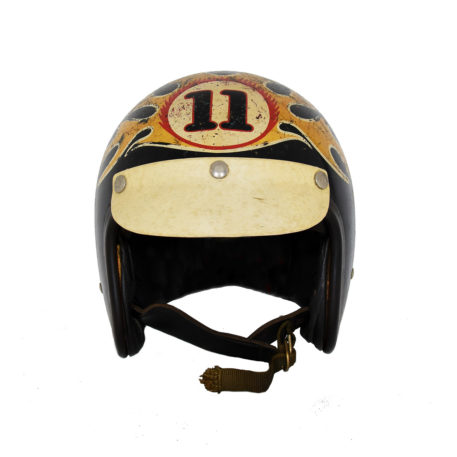 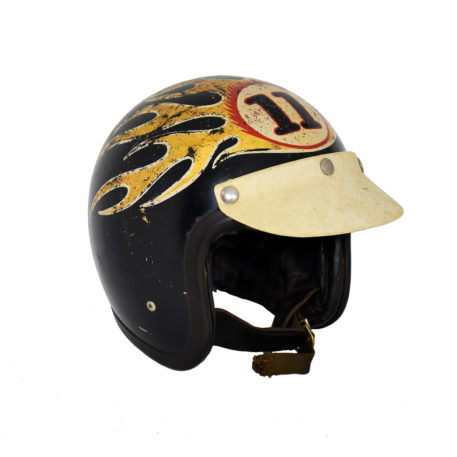 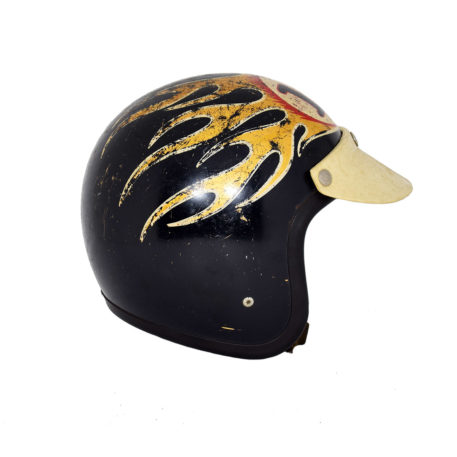 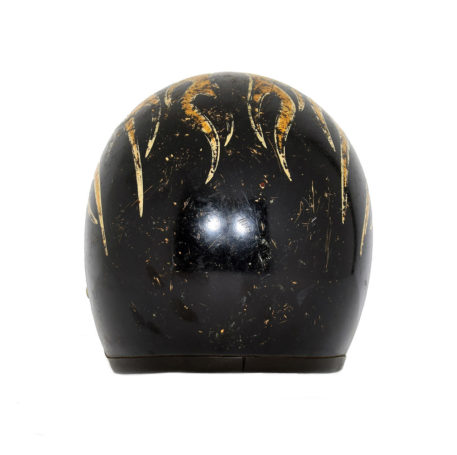 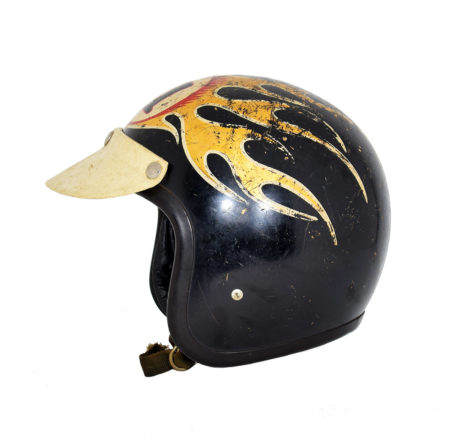 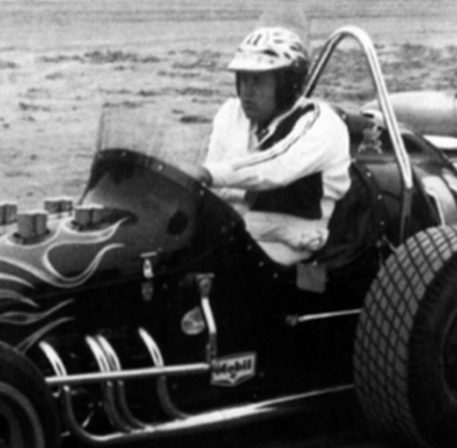 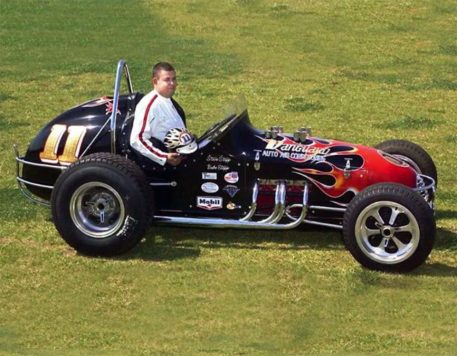 Stapp’s Hall of Fame career includes being the owner/mechanic of the 1974 & 1976 USAC National Championship cars.

Stapp retired from Sprint Car active racing in 1965 but the proceeded to build championship race cars for the likes of Pancho Carter and Joe Saldana.

The black open face helmet has white edged yellow ‘Hot Rod’ flames to the top, in the middle of the flames is a roundel with Stapp’s racing #11. It has a snell 1962 sticker which indicates it was likely used over a period of years between 1962-68.

This helmet came from the famous Ron Burton Helmet Collection.