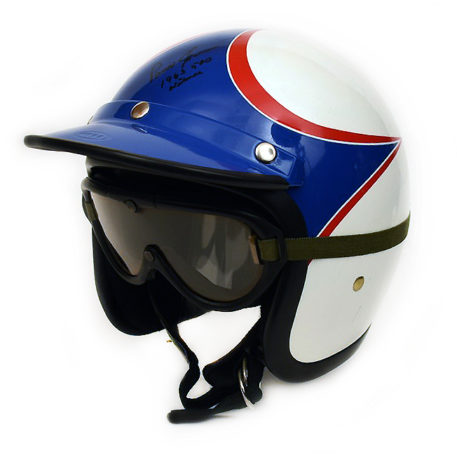 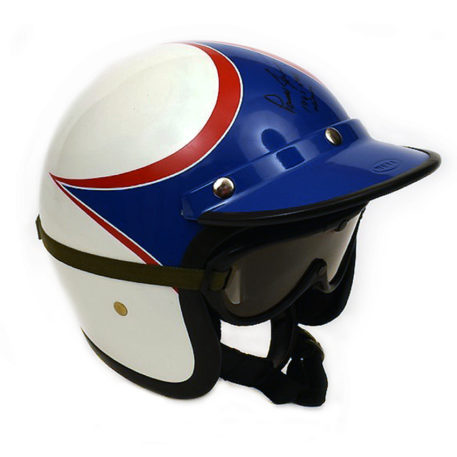 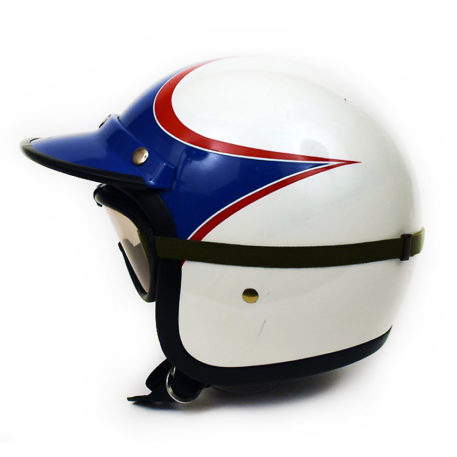 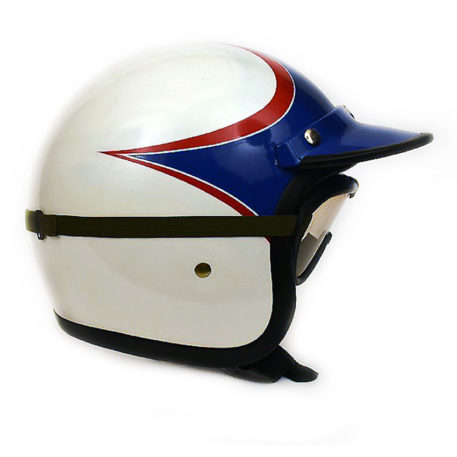 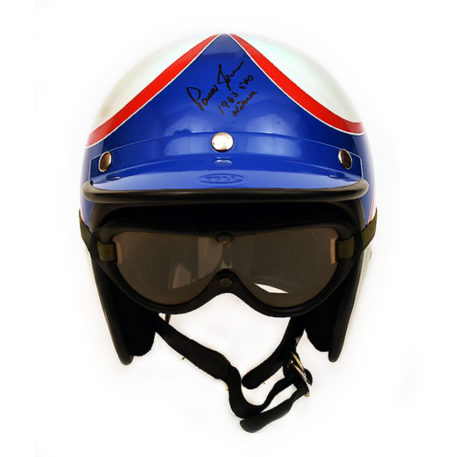 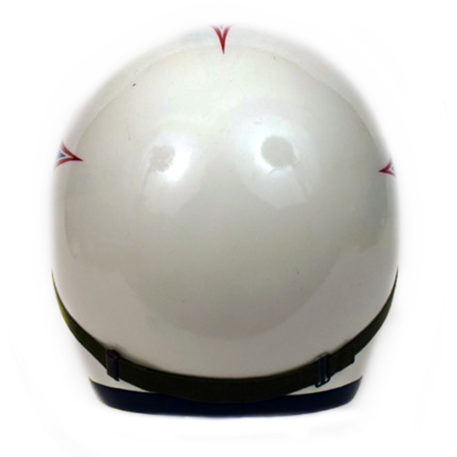 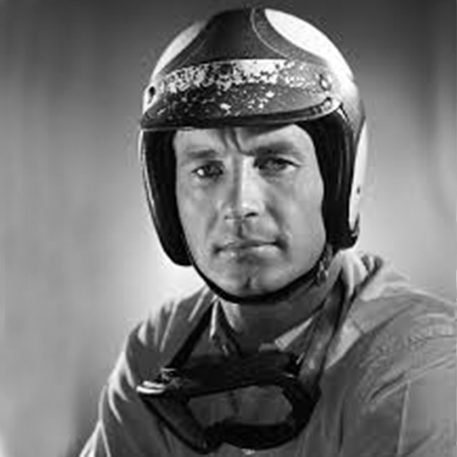 Bell replica helmet painted in the style of one of the helmets used by race car legend Parnelli Jones during the 1960’s.

One of the icons of American racing had a remarkably versatile talent. A driver who excelled on dirt-tracks, paved ovals and road courses, Jones had many wins in IndyCar (including the Indy 500), Trans Am, NASCAR, Off Road racing, Sprint and Midget cars. After his driving career He became a successful team owner.

The helmet is in the red, blue and white scalloped design Jones wore during his most successful spell of his racing career.

Parnell Jones has also personally signed the helmet and added ‘1963 500 Winner’ under the signature.

Helmet comes with a full Certificate of Authenticity

Great looking item to add to your collection.