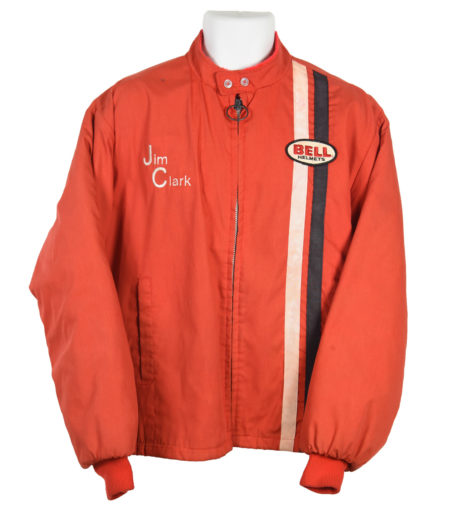 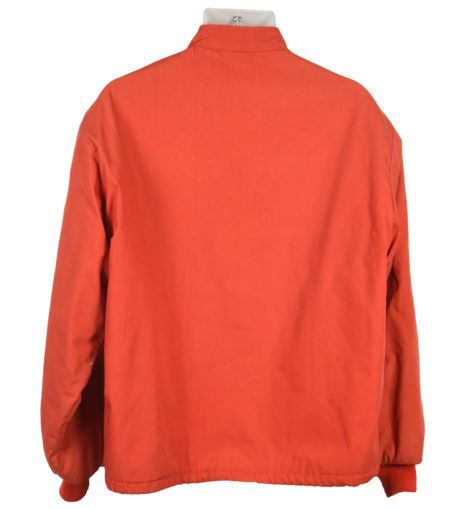 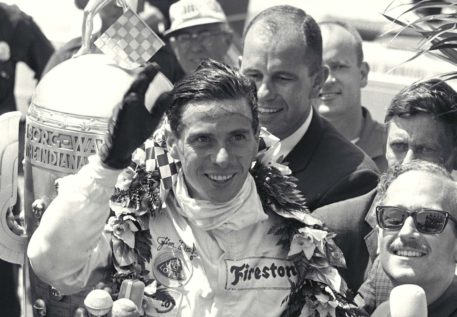 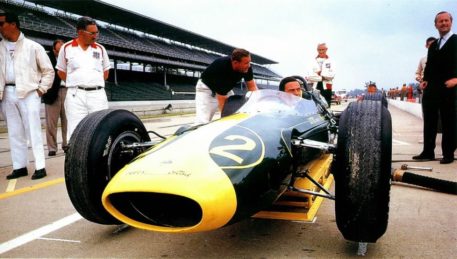 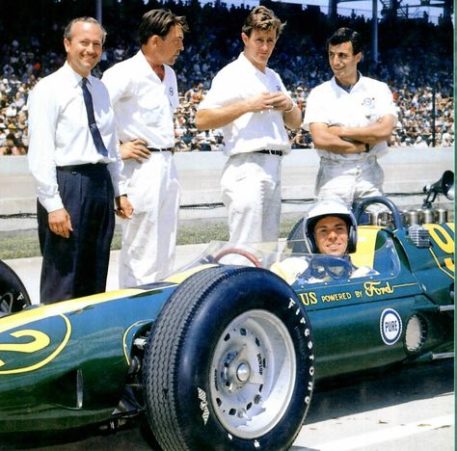 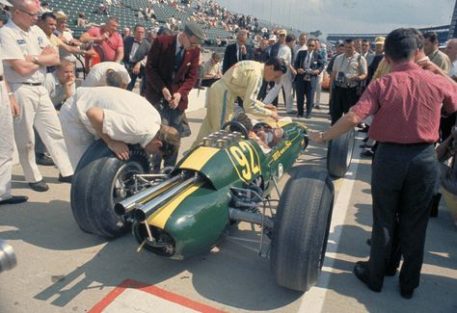 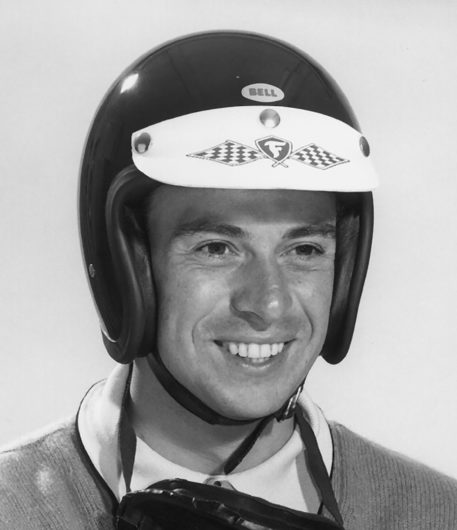 Jim Clark OBE was a British Formula One racing driver from Scotland, who won two World Championships, in 1963 and 1965. A versatile driver, he competed in sports cars, touring cars and in the Indianapolis 500, which he won in 1965. He was particularly associated with Colin Chapman and the Lotus marque.

Clark was killed in a Formula Two racing accident in 1968 in Hockenheim, West Germany. At the time of his death, aged just 32, he had won more Grand Prix races (25) and achieved more Grand Prix pole positions (33) than any other driver. In 2009, The Times placed Clark at the top of a list of the greatest-ever Formula One drivers.

His first Drivers’ World Championship came driving the Lotus 25 in 1963, winning seven out of the ten races and giving Lotus its first Constructors’ World Championship. Clark’s record of seven wins in a season was not equaled until 1984 when Frenchman Alain Prost won seven races for McLaren, and was not broken until Brazilian Ayrton Senna won eight races in the 1988 season, also for McLaren. However, Clark’s record is most favorable compared to Prost and Senna’s as the 1963 championship only consisted of 10 rounds (giving Clark a 70% success rate), while 1984 and 1988 were run over 16 rounds giving Prost a success rate of 43.75% and Senna a 50% winning ratio.

Clark won the F1 Drivers’ Championship again in 1965 and also the Indianapolis 500 in the Lotus 38. He had to miss the prestigious Monaco Grand Prix in order to compete at Indianapolis, but made history by driving the first mid-engine car to win at the fabled “Brickyard,” as well as becoming the only driver to date to win both the Indy 500 and the F1 title in the same year.

The jacket was believed to have been given to Clark when he came over to race Indianapolis which he first competed in for Lotus in 1963. His friend Dan Gurney set Clark up with Bell Helmets and also Hinchman racing uniforms. Clark was wearing a Bell helmet and a Hinchman suit when he won the 500 just two years later.

The jackets originality is unquestioned however Clark was rarely seen in any jackets at the track, likely due to the warmer weather in the USA. Jim Clark genuine owned items are few and far between in history so do not miss this very rare opportunity to own such a. fantastic historical item today.