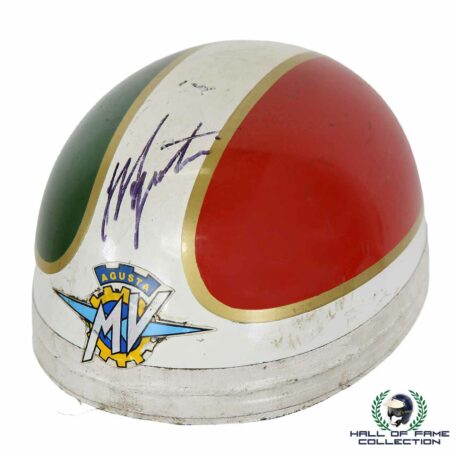 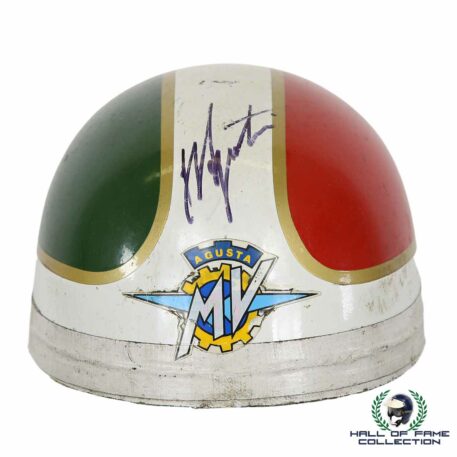 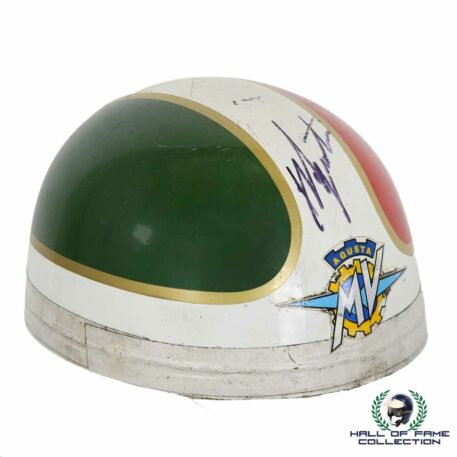 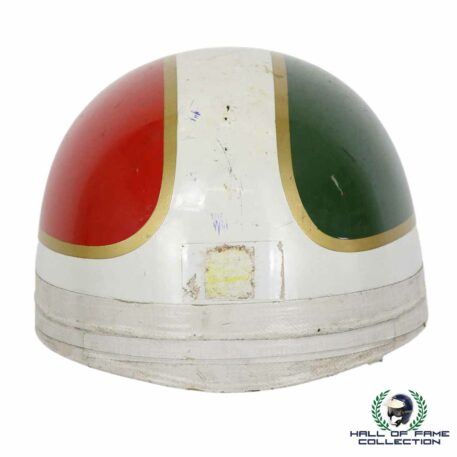 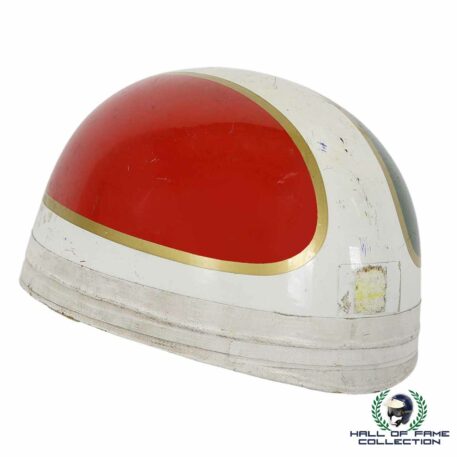 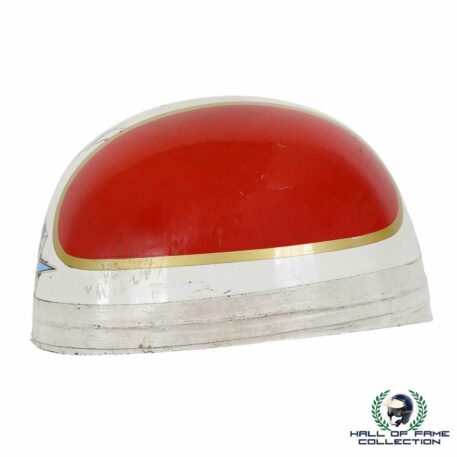 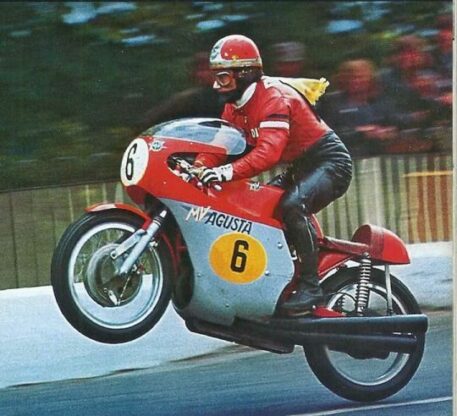 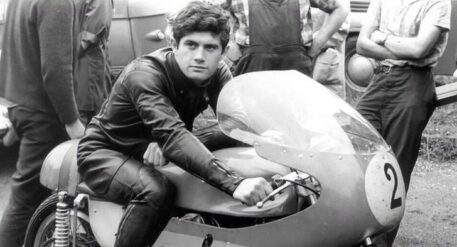 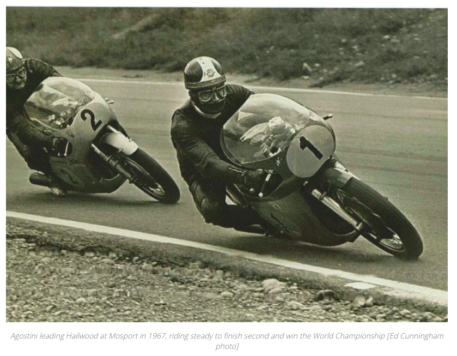 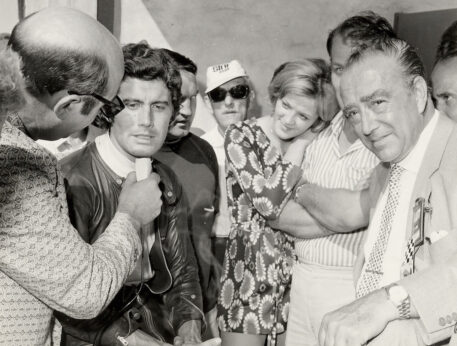 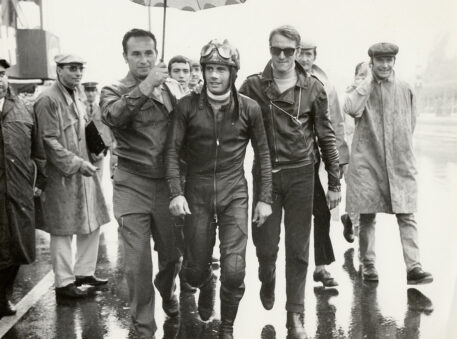 “Ago” is considered by most as the greatest rider of all time with 122 Grand Prix Victories and 15 World Championships to his name. 10 of those victories came at the Isle of Man TT races where the Italian famously had great battles with the likes of Mike Hailwood and John Surtees.

This helmet has the Italian flag colours and the MV Agusta logo on the front. It was acquired in a large private collection and believed to have been used by Agostini. No photo matches were found to authenticate this so it’s being offered here as an authentic looking replica.

The helmet has been hand signed by Agostini.