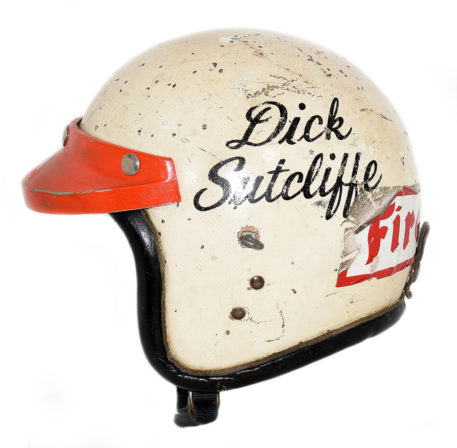 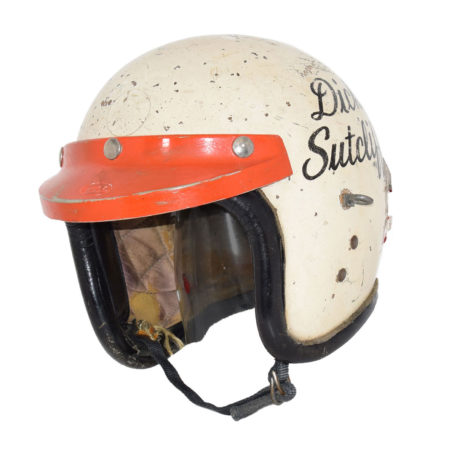 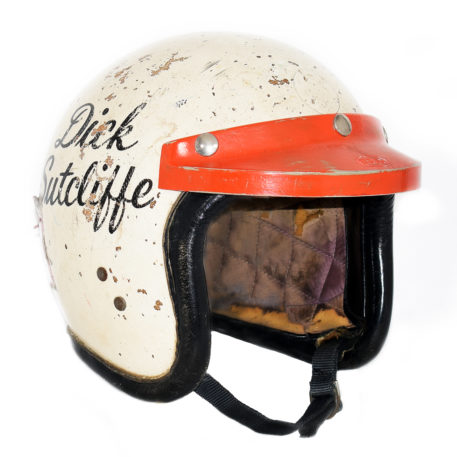 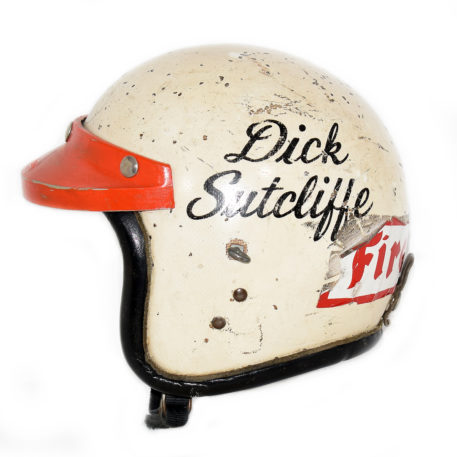 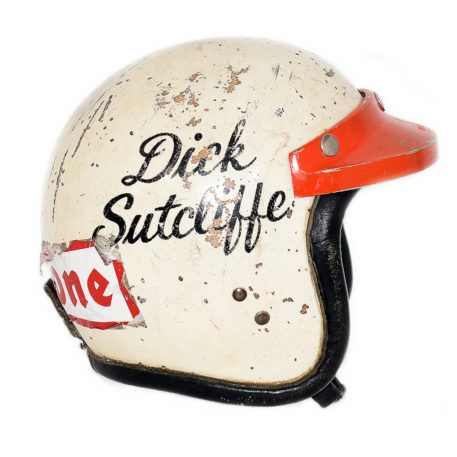 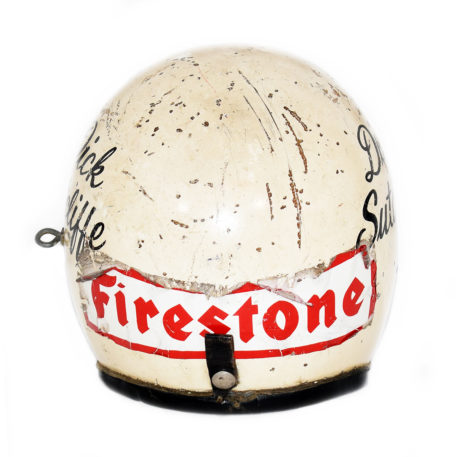 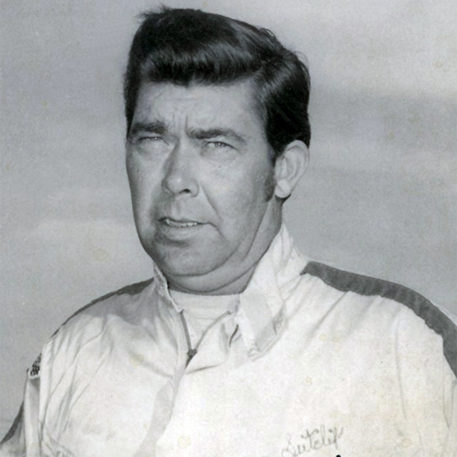 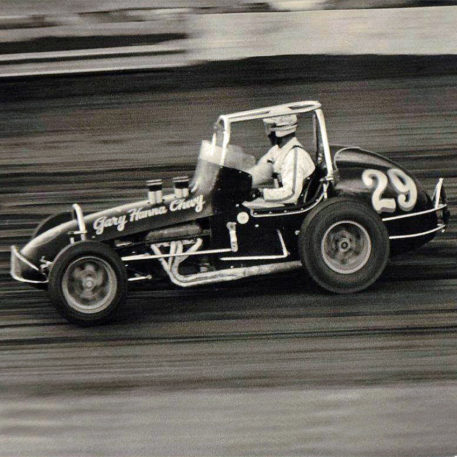 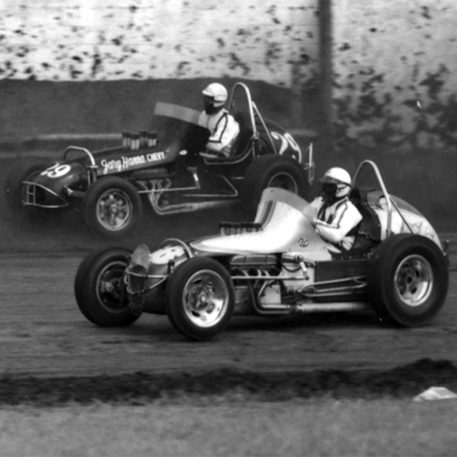 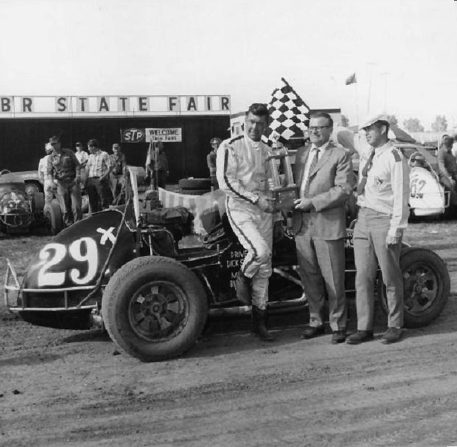 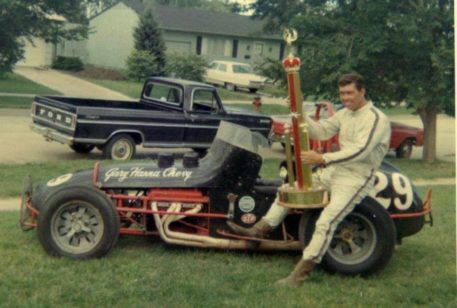 Helmet worn by Dick Sutcliffe in the Sprint Car series. In the mid-sixties, Sutcliffe and car owner Gary Hanna would form a near legendary partnership as they attacked the Sprint and Supermodified venues of Mid-America.

Sutcliffe would win the track Championship at Topeka and Knoxville in 1968, winning his first race at Belleville that year. In 1969 the duo would win twice at Lincoln and once at Oklahoma City. In 1970 Hanna sold the car but Sutcliffe was retained as the driver by the new owners. The winning ways continued right up to Sutcliffe’s retirement from driving in 1975.

Sutcliffe is also happens to be the father of Major League Baseball pitcher Rick Sutcliffe.

This helmet was used in many of those wins and it can be seen photo matched in pictures. It shows all the chips and scratches of the many battles on the dirt track. The white helmet has a red peak and leather stitched interior. Sutcliffe’s name can be seen on both sides and has a large Firestone decal on the back. There is also an eyelet bolted to the left side, presumably used as a head restraint.