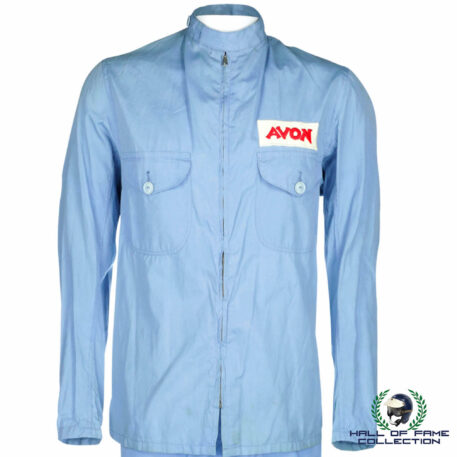 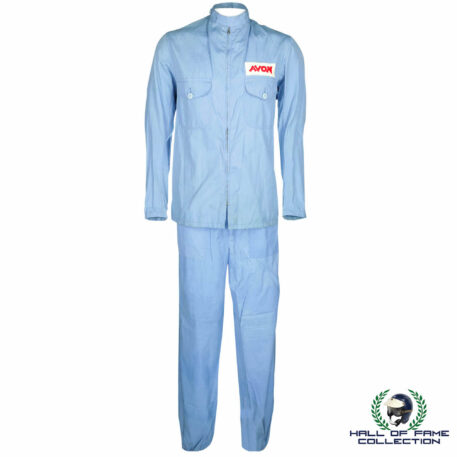 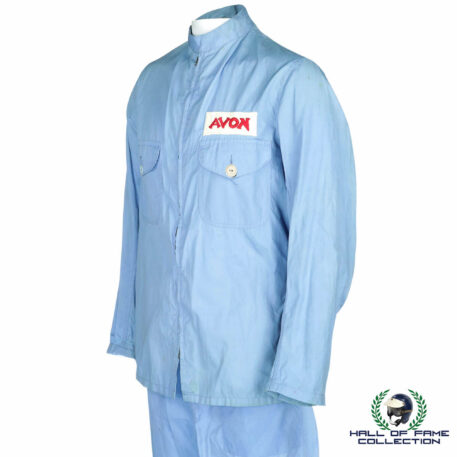 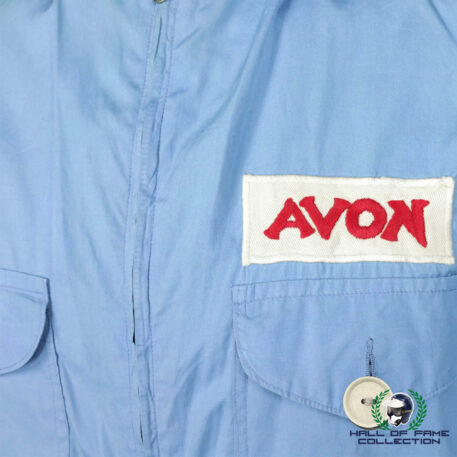 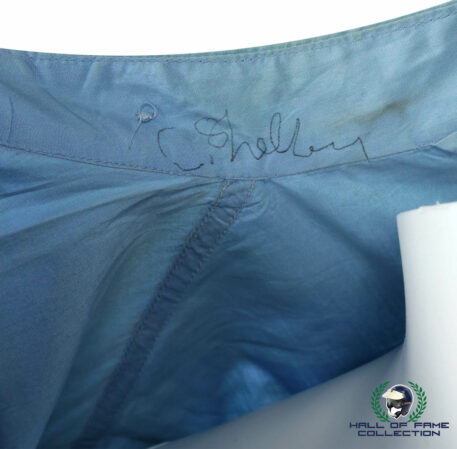 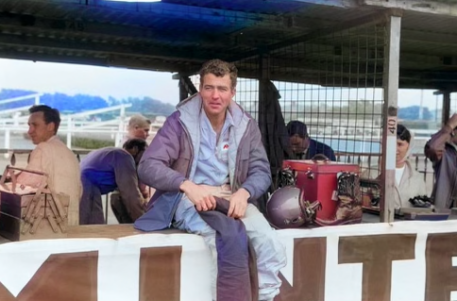 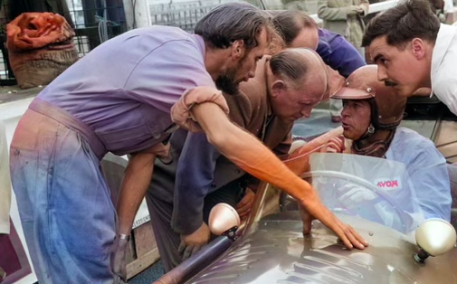 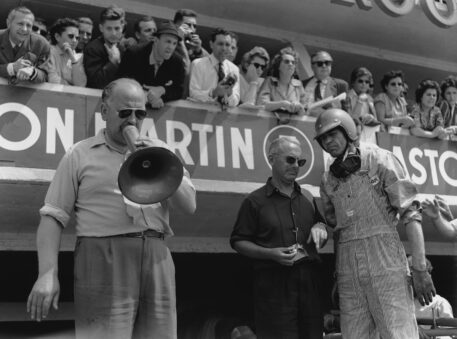 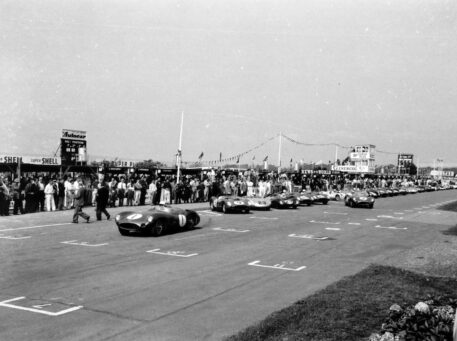 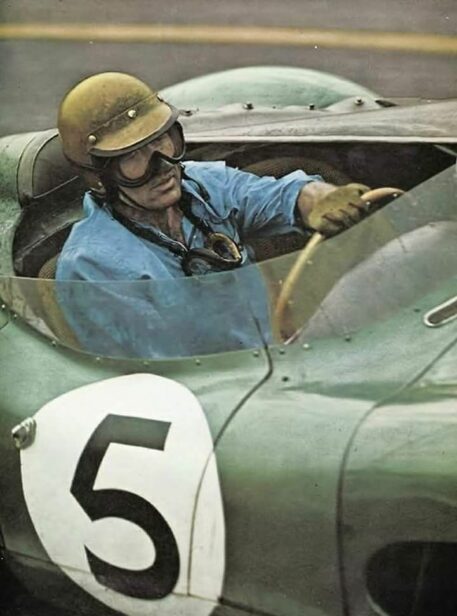 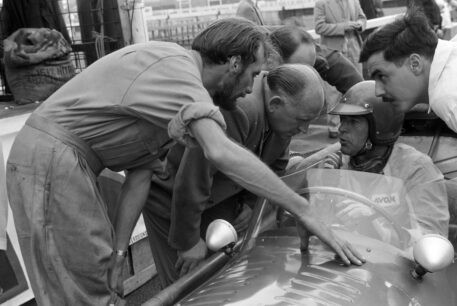 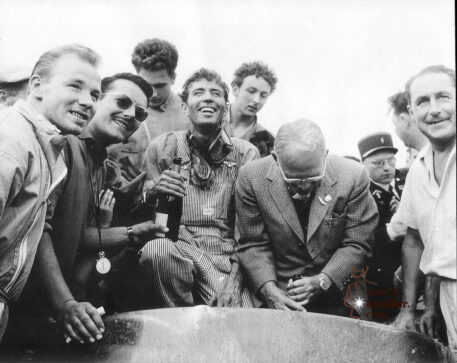 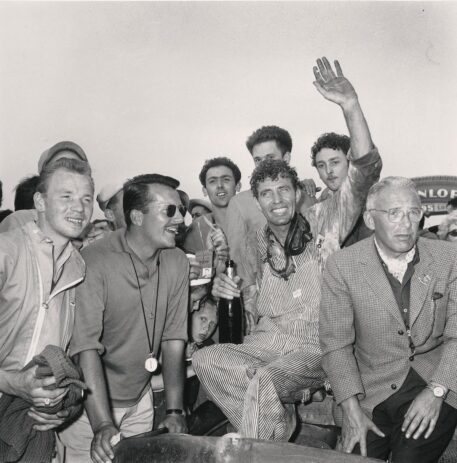 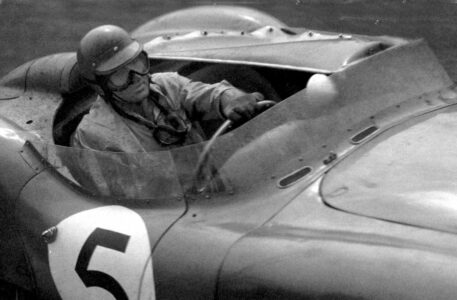 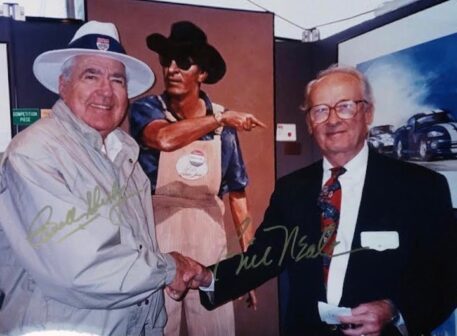 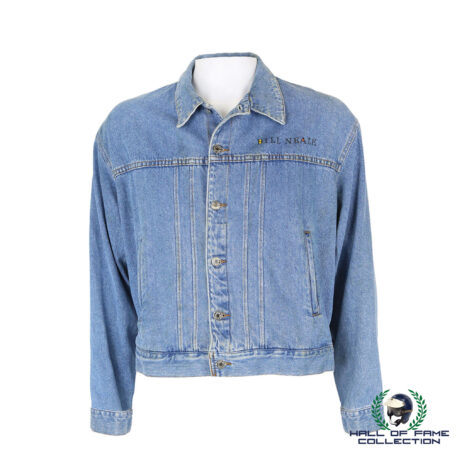 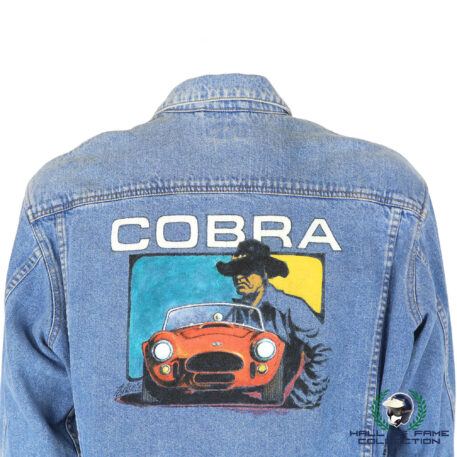 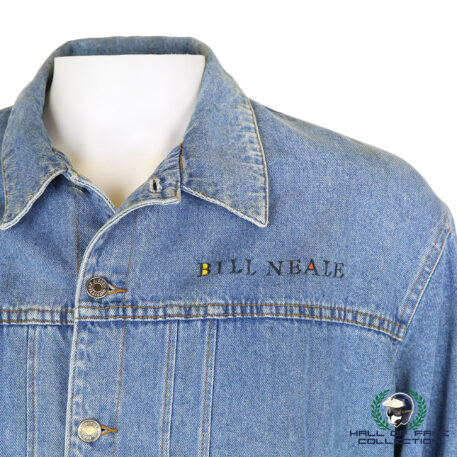 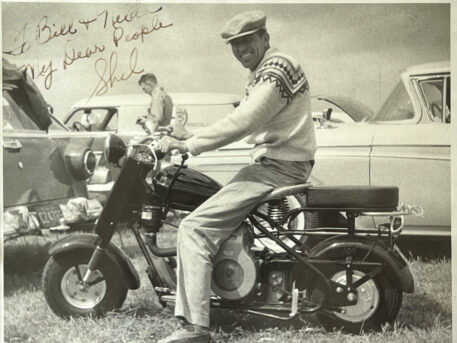 Shelby and Roy Salvadori started the 1959 sports car season by driving the DBR1/300 at Sebring in March. In June, Shelby drove Wolfgang Seidel’s Porsche in the Nürburgring 1000 km. The highlight of his racing career came in June 1959 when he co-drove an Aston Martin, with Englishman Salvadori, to victory in the 1959 24 Hours of Le Mans. Then in September, Shelby drove with Jack Fairman in the Goodwood Tourist Trophy. The 1959 Formula 1 season saw Shelby driving the Aston Martin DBR4 in the Dutch Grand Prix in May, followed by the British Grand Prix at Aintree in July. Shelby then drove in the Portuguese Grand Prix in August, followed by the Italian Grand Prix in September. Shelby finished the 1959 racing season driving Casner Motor Racing Division’s Birdcage Maserati at the Nassau races in December.

This two piece light blue suit still retains its original Avon patch and is in immaculate condition considering it was last used over 60 years ago. The name C. Shelby can be seen inside the collar of the race suit, presumably hand-written at the time by the Carroll himself. The suit was gifted by Shelby to Bill Neale, who was a lifelong friend of Shelby’s since the 1950’s. Neale was an amateur racer who attended many races in USA and Europe. He was a a famous artist by trade but also an avid photographer. Both Neale and Shelby hailed from East Texas, and Neale was also the best man at Shelby’s wedding. The two remained great friends until Shelby’s passing in 2012. Bill Neale kept this suit as the pride of his collection until he passed away at the age of 95 in January of 2021.

Included with this rare race suit is the personal Shelby jacket of Bill Neale and also a framed signed photograph of Shelby inscribed “To Bill Neale, my dear people, Shel”

This very rare suit comes with a Hall of Fame Collection Certificate Of Authenticity.