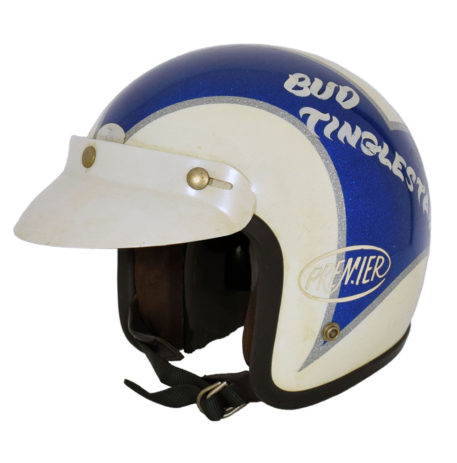 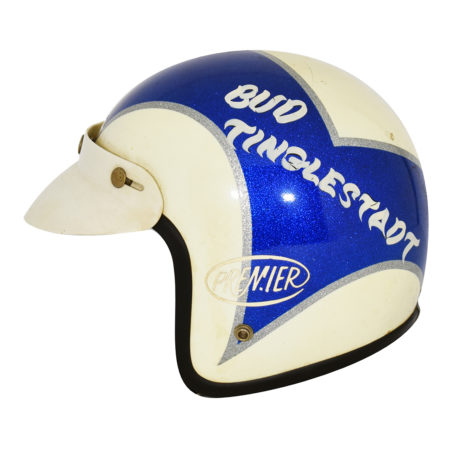 Premier or Bell helmet painted to replicate one worn by Bud Tinglestadt who raced for over fifteen years in Sprint, Stock, Midget and IndyCars. The son of a Norwegian, hence his slightly unusual surname, his mechanic father got Bud into racing driving midgets in 1953. Bud enjoyed a long career in IndyCars and competed in ten Indianapolis 500 races between 1960 and 1972. His only race win came in 1966 where he triumphed in a dirt-track race at DuQuoin.

The white open face helmet has a metallic blue, edged in silver, three-pointed scalloped design with Tingelstad’s name on either side. The history of the helmet is unknown although stories have been told that it might have once belonged to the driver before artist Ron Burton painted it. It remained in Ron Burton’s famous helmet collection until recently.