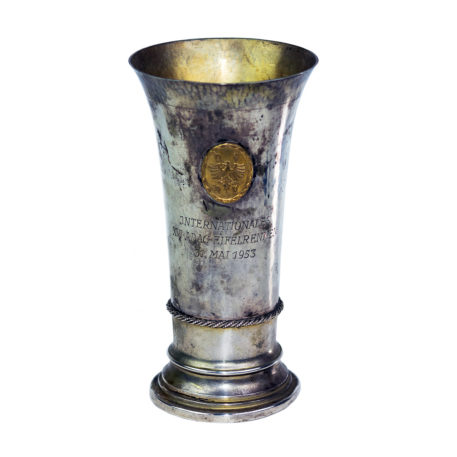 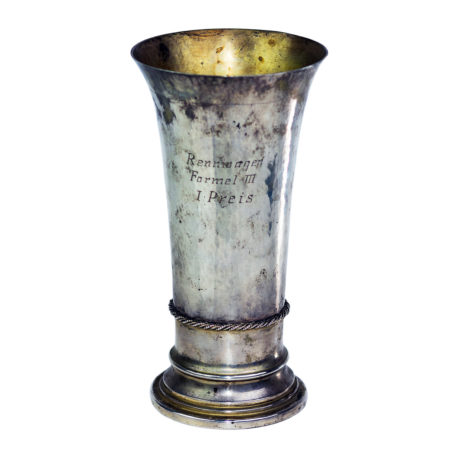 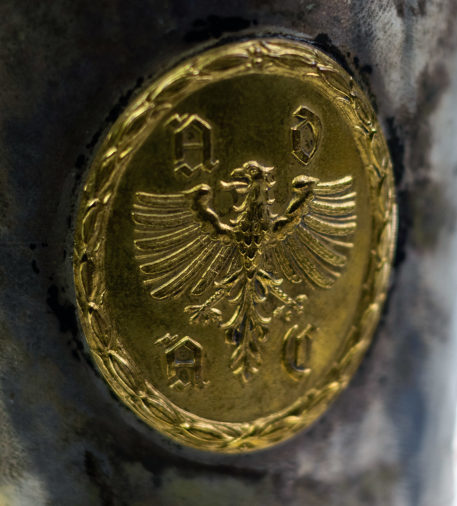 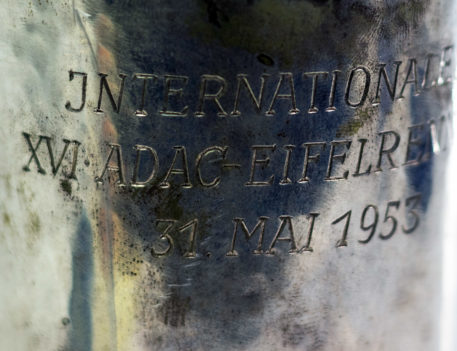 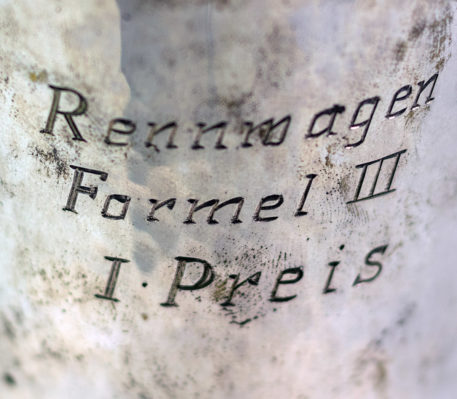 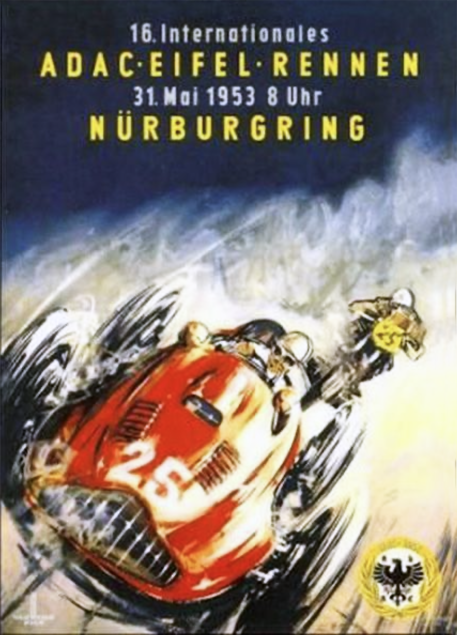 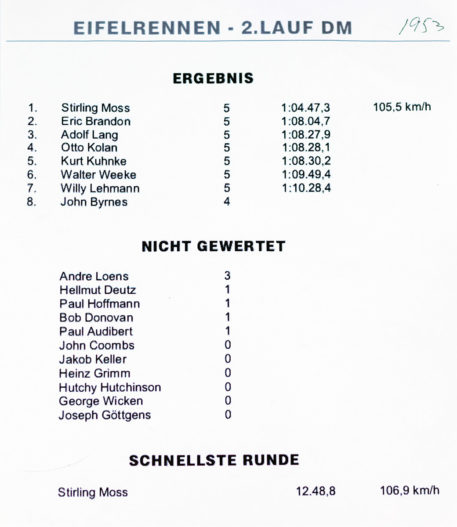 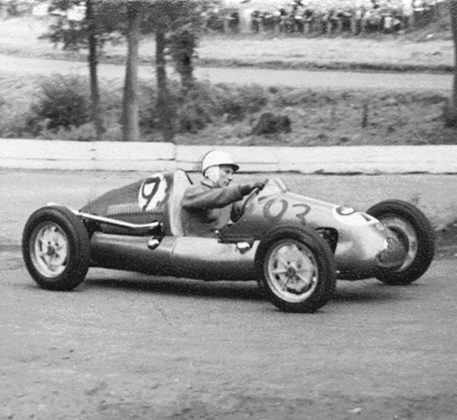 First place trophy won by Sir Stirling Moss, in 1953, at the 16th ADAC Eiferlrennen event held at the 22.81 km Nurburgring circuit in Germany. Moss drove his Norton powered Cooper Formula 3 car to victory in this five-lap 114.05 km race. This race was the third round of twelve in the 1953 German Formula 3 Championship for cars of 500cc displacement. It was the only race of this particular series that Sir Stirling would compete in.

The silver-plated, brass cup is in the typical Nurburgring award style. It has a gold plated Reichsadler (Imperial Eagle) oval emblem on its front and has the inscription “Internationales XVI ADAC – Eiferlrennen – 31 May 1953” engraved on the front and “Rennwagen, Formula III, I Preis” engraved on the reverse side.  The trophy’s approx height is eight inches.

This trophy represents a wonderful piece of memorabilia and one that was won by one of the all-time legends of motor sport, the great Sir Stirling Moss.