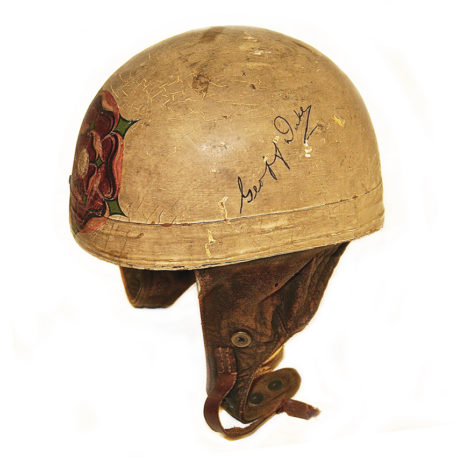 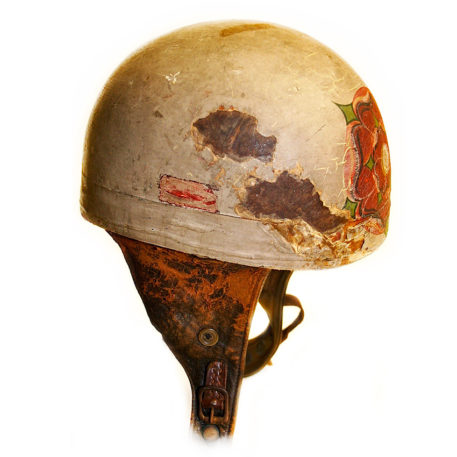 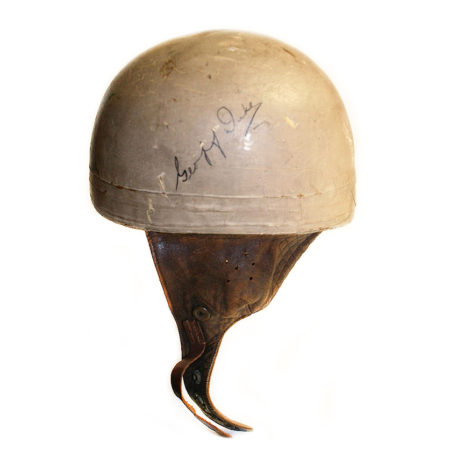 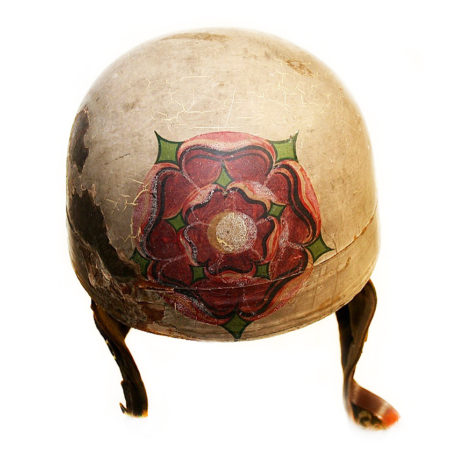 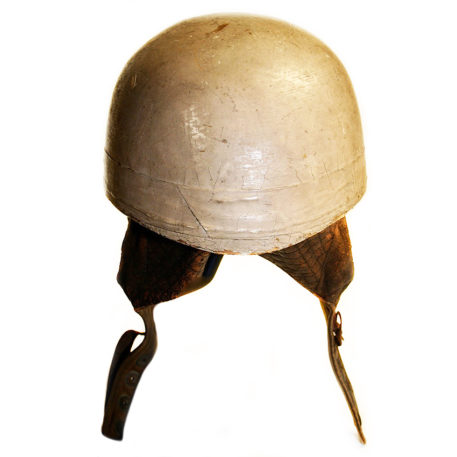 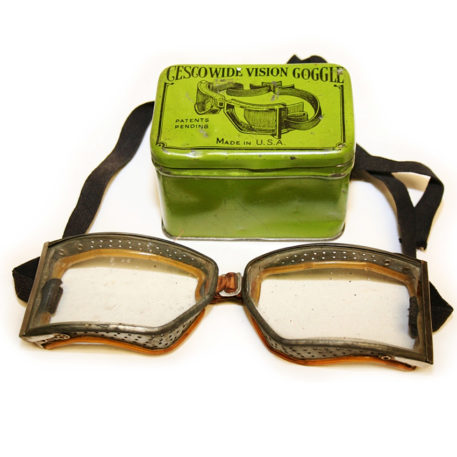 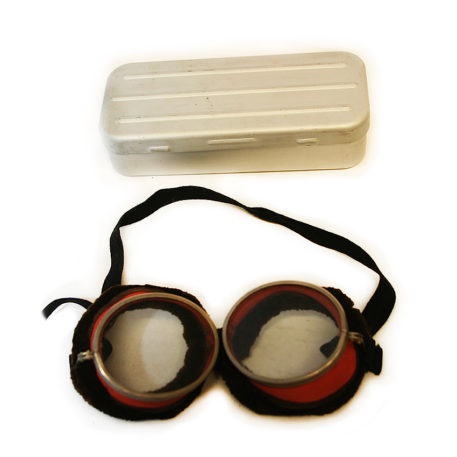 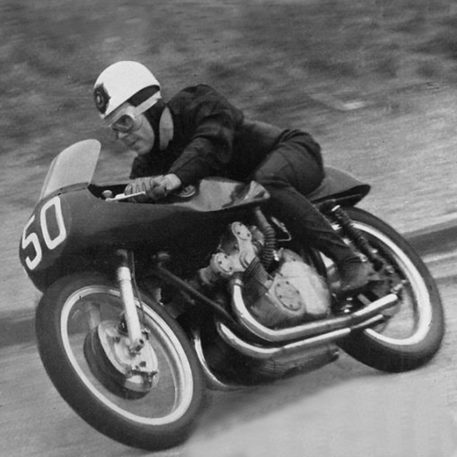 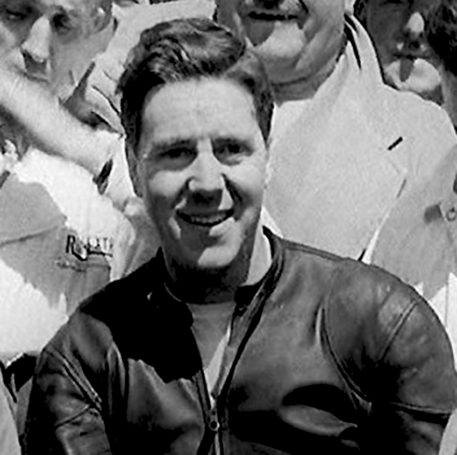 Original helmet used by Geoff Duke during his 500cc World Championship Winning years. Duke won the 500cc tittle in 1951,53,54 and 55. He was also 350cc World Champion in 1951 and 52. This helmet was used by Duke and also hand signed by the first two wheel superstar of his generation. The Lancashire born rider also won six times at the Isle of Man and later moved there where he lived until his final day passing away aged 92 on May 1st 2015. One of the Sports all time greats.

The helmet comes from the well known collection of Mr H. Jacobs. The collection was built over 20 years and at the time believed to have been the worlds largest race worn helmet collection across all forms of Motorsport. Many of these items were at times on loan to various museums.

When this helmet was purchased by Mr Jacobs along with other helmets, they were accompanied with some goggles which were said to be used by Duke. If anyone can help prove if one set of goggles were used by Duke, it will be included with helmet at no extra charge.

At the Hall of Fame Collection we pride ourselves at keeping history persevered and this Geoff Duke helmet is certainly part of history.