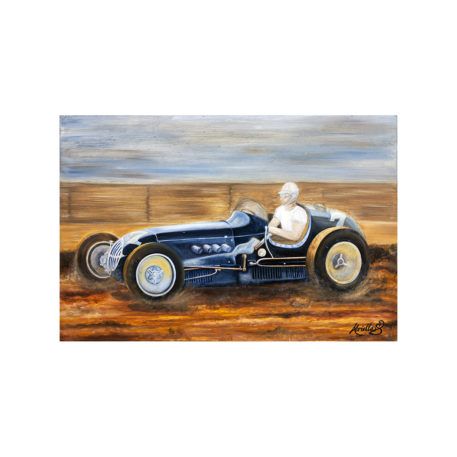 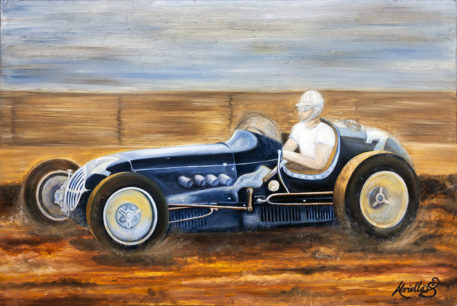 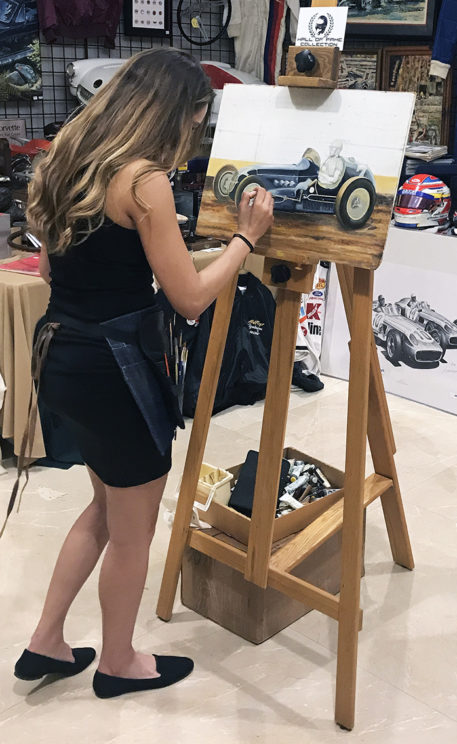 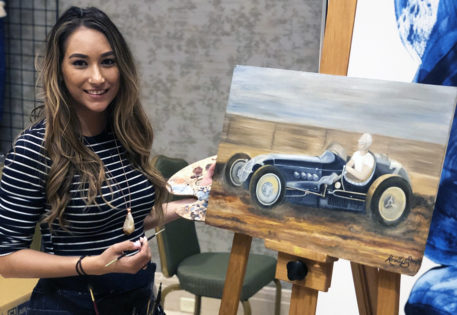 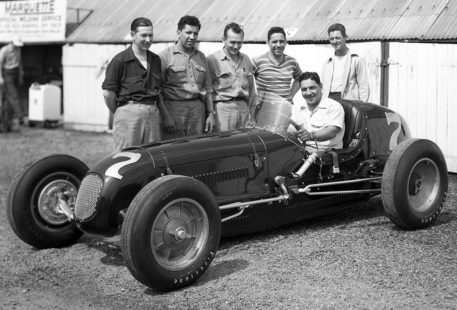 Original Ron Burton artwork depicting the Russo-Nichels Special “Basement Bessie” IndyCar. The original car was built in the basement of Paul Russo’s house on Harrison Street in Indianapolis.  Russo and engineering friend Ray Nichels started building the car on a shoestring budget to enter the 1950 Indy 500. The pair had two-thirds of the car finished when they had to disassemble the machine to get it out to the street and head to the Speedway for qualifying. The story is Wilbur Shaw, President and General Manager of the Indianapolis Motor Speedway, gave the car a long gaze. Seeing no front grill, a temporary fuel tank and not a drop of paint anywhere, he said, “You can’t qualify without a number.” Nichels and Russo told Shaw “We’re broke and can’t afford to get a number painted on the car”. To which Shaw replied, “If you boys qualify, get a number painted and send me the bill.”  By that afternoon the boys had a number on the car.

This artwork was started by famous Indianapolis artist Ron Burton back in the ’70s and then put to one side to be completed at a later date. Unfortunately Ron never got around to finishing the work. It was recently detailed and finished by young Canadian artist Abriella Sammy. She can be seen completing the work in the pictures. 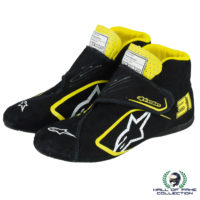 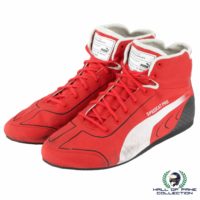 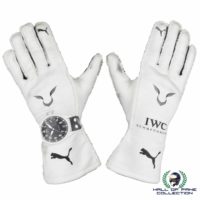 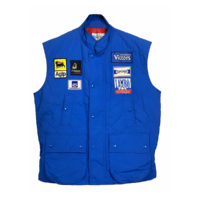 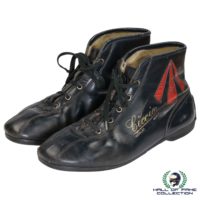 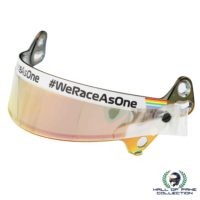 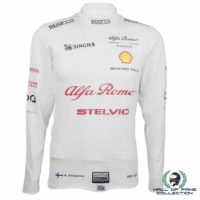 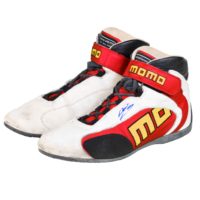