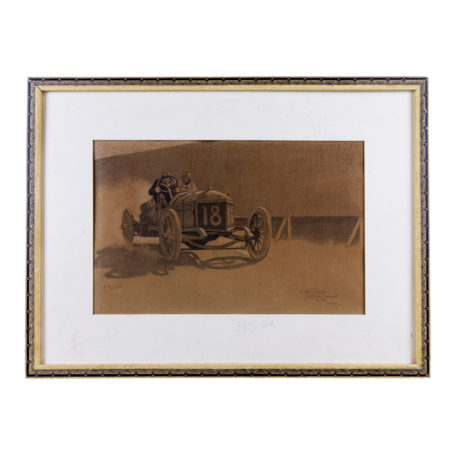 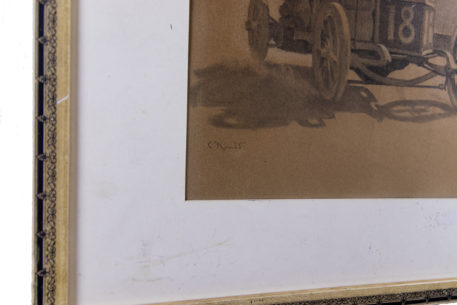 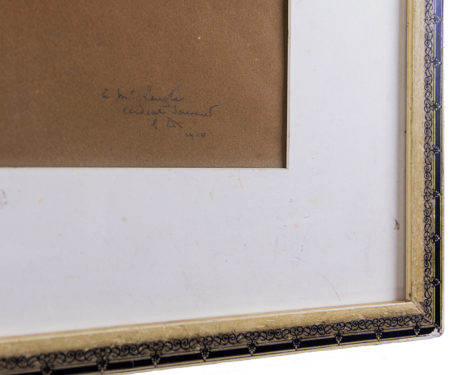 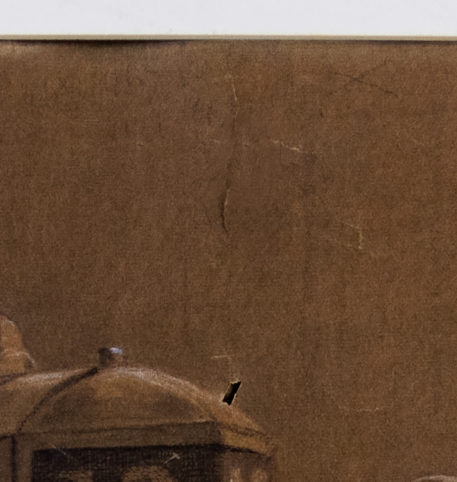 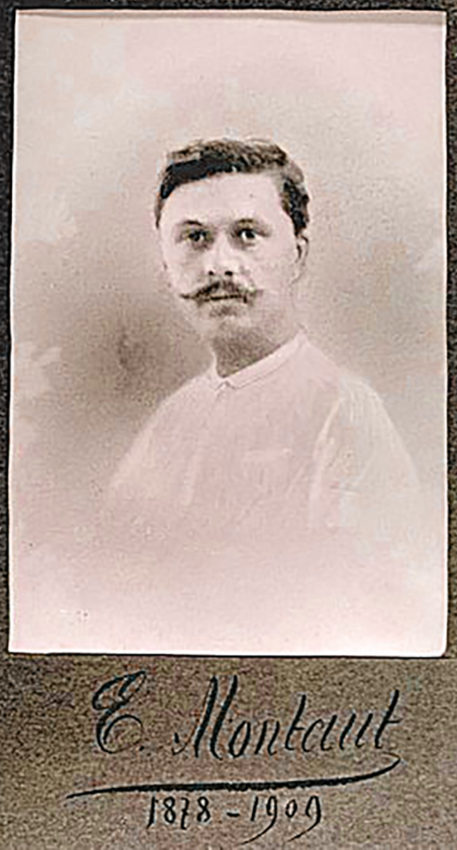 A very rare hand-colored Pochoir Lithograph by Ernest Montaut which has been matted and framed in an ornate molded frame.

Ernest Montaut was a French poster artist who died at the early age of thirty-one. He is credited with the invention of various artistic techniques, such as speed lines (streaks to convey the impression of speed ) and distorting perspective by foreshortening, also to create the impression of speed. These techniques are still in use to this day. Montaut’s printmaking career started in the late 19th century using a lithographic multi-stenciling technique. The outlines were then painted by hand using watercolor paints. The process took a few days for each print and was quite labor-intensive.

Montaut’s images nearly always depicted action, as the images became pictorial records of the many racing events and documented early developments in the history of motorized transport. Prints continued to be produced after Montaut’s death in 1909 and it is thought that those signed ‘Gamy’ were created by Montaut’s wife, Marguerite, Gamy’ being an anagram of ‘Magy’, her nickname.

This print is dated 1910 and depicts an early 1900’s race car, numbered 18, thundering past the race scoreboard, with the driver changing gears while his riding mechanic looks on. The litho has been printed onto an ochre art paper and hand colored with a mixture of black, greys and white watercolors. It has a title to the right side and Marguerite Montaut’s signature beneath. Her signature is repeated to the left of the print as well. Unfortunately, the print has a little damage to the upper-middle section (please see pictures) which could easily be repaired and does not distract from the quality of this lithograph.

The lithograph comes with a Certificate Of Authenticity.