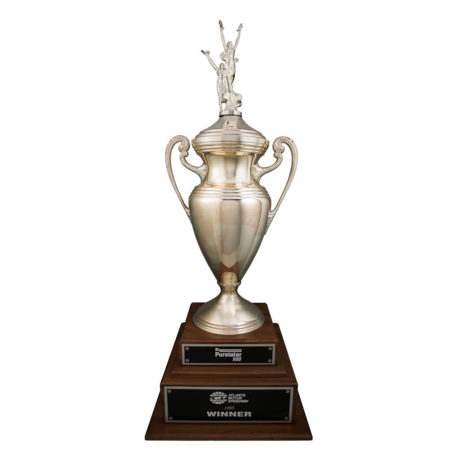 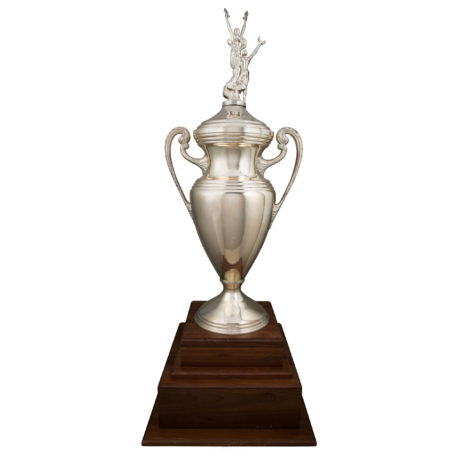 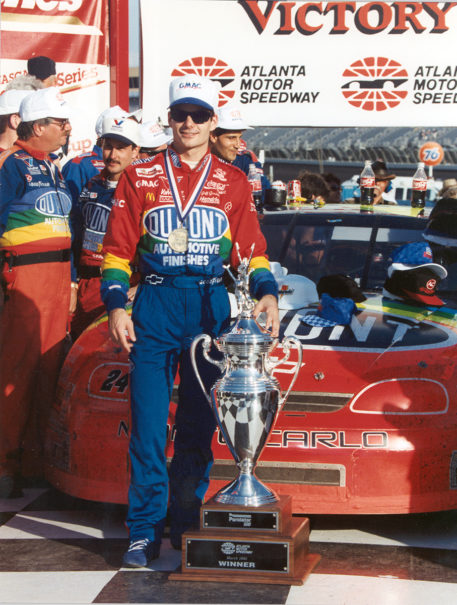 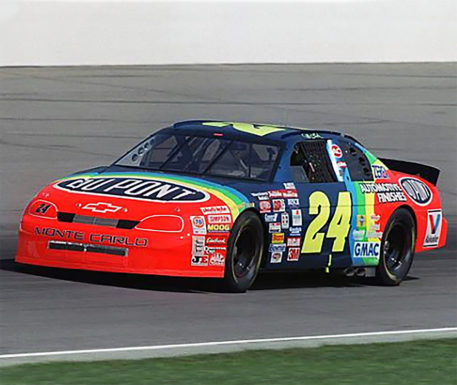 This victory trophy is from the 1995 Purolator 500 held at the Atlanta Motor Speedway. The race winner was NASCAR superstar and motor sport legend Jeff Gordon. After a crash marred 328 laps, Gordon would take the victory by outpacing the Labonte brothers, who took second and third respectively.  This was Gordon’s second win of his seven for the season. He would also go on to take the 1995 Winston Cup Championship, his first of four in his illustrious racing career.

This towering symbol of Gordon’s achievement measures forty-six inches (163 cm) in height, with twin victory figures atop a massive, loving cup. It bares the usual minor marks of handling wear & tear but these do not take away from the overall splendor of the trophy.

This would be the centerpiece of anyone’s racing collection. 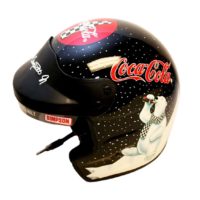 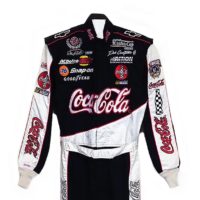 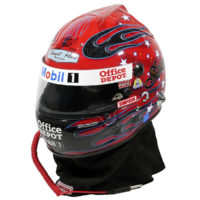 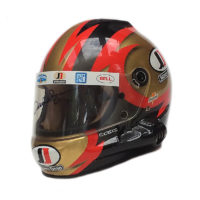