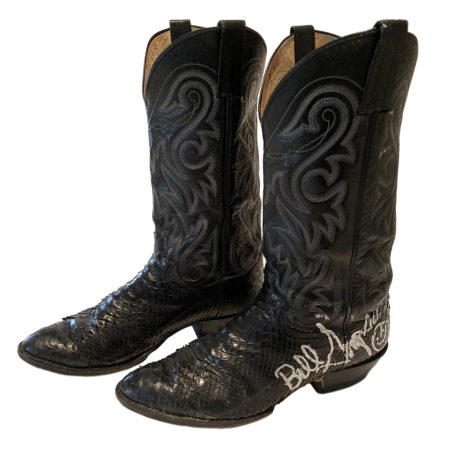 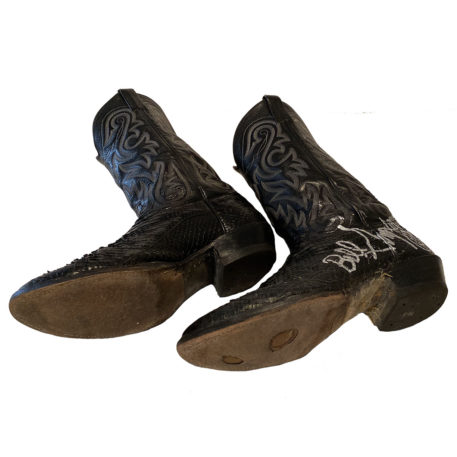 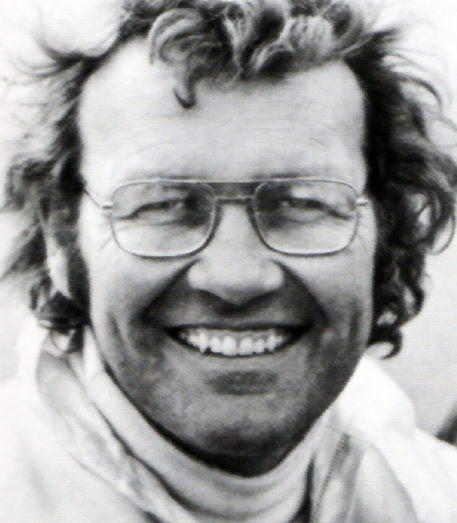 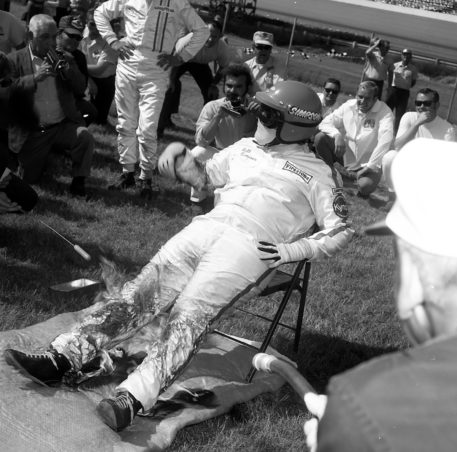 These well worn ‘Cowboy’ boots were once owned and used by a legend of motorsports Bill Simpson. His career started in Drag Racing and SCCA Formula racing, eventually moving up to the USAC Championship Car series, where he had with 52 career starts including a run in the 1974 Indy 500. Most people connected to motorsport know of Simpson through his Simpson Racing Products. It was Simpson that started the innovative company and is seen as a true pioneer in the safety of racing drivers. After breaking both arms Drag racing started to think about the safety aspects (or lack of) in motorsport and got to work on some ideas about a brake parachute for Drag cars. This led to the formation of his company which evolved into designing many other safety items, such as gloves, helmets, restraints, and shoes. Simpson also worked with NASA and was introduced to Nomex flame retardant material and incorporated it into the very first fire suit to be used in racing. He demonstrated and proved its effectiveness by being set on fire while wearing one of his suits. He also set up the Impact Racing Products Company and also worked with the NFL designing lighter football helmets. He and was inducted into the Motorsports Hall of Fame of America in 2003. Sadly Bill Simpson passed away in December 2019.

The story of these boots is as follows. Bill Simpson was attending a charity auction in the early 2000s and was pointed out to be a ‘famous dignitary’ in attendance. Simpson asked the auctioneer “well if you think I’m so famous, how about you sell my boots then?” the auctioneer agreed and the boots were then offered for auction where they sold to private collector over the phone. A shocked Simpson promptly removed his boots, added his signature and a smiley face to them and they were shipped off to the new owner. As you can see from the pictures the Snakeskin black boot are as was when Simpson took them off with some mud and grass stuck to them and the left boot showing wear holes to its sole.

These are quirky but unique items, worn by probably one of the most unsung heroes of motorsports.