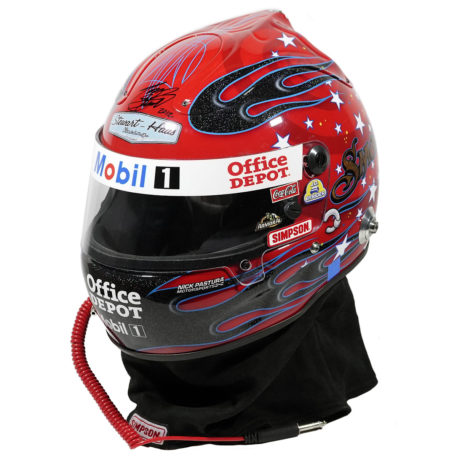 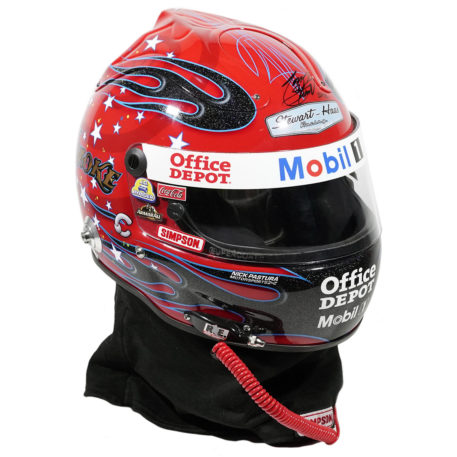 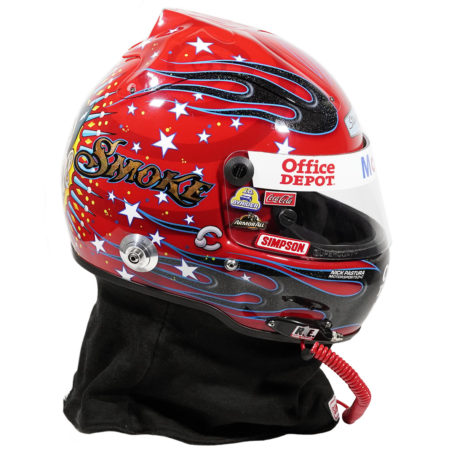 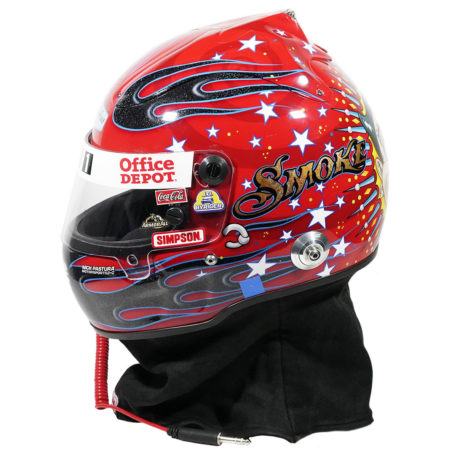 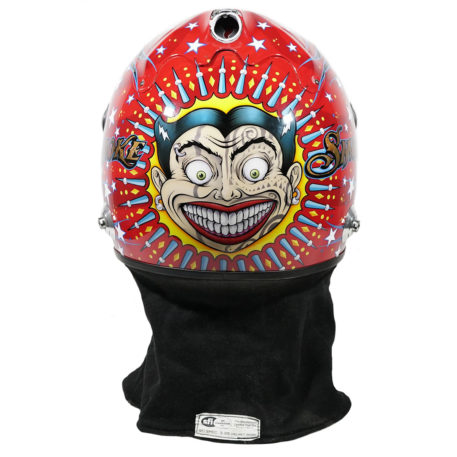 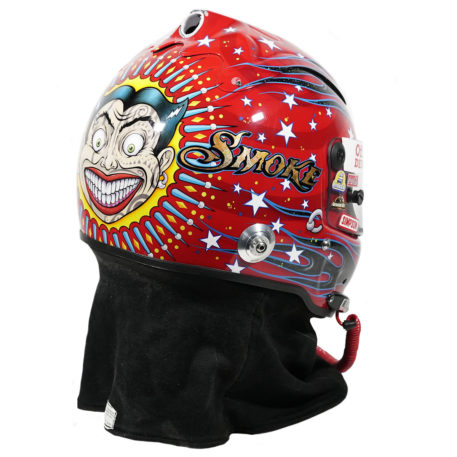 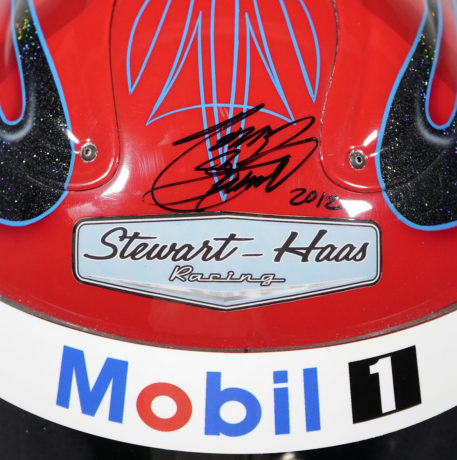 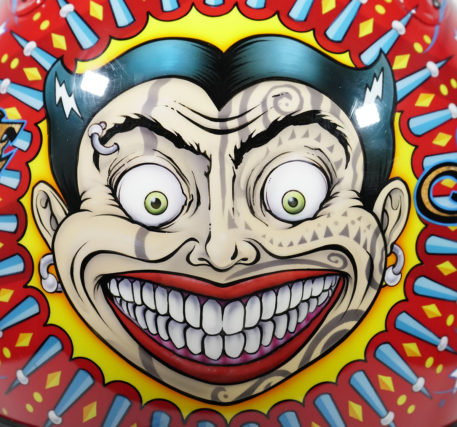 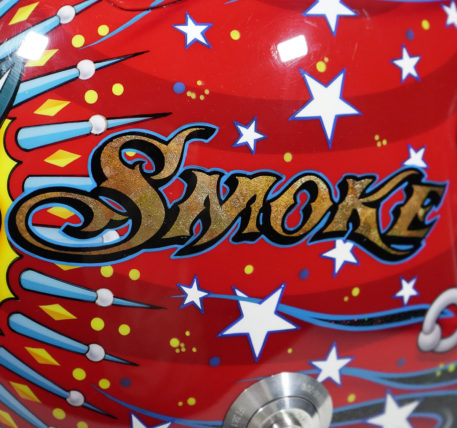 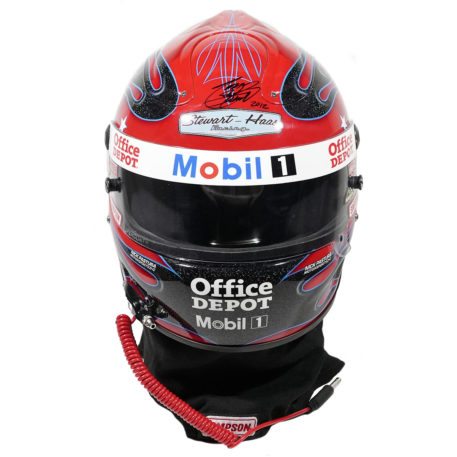 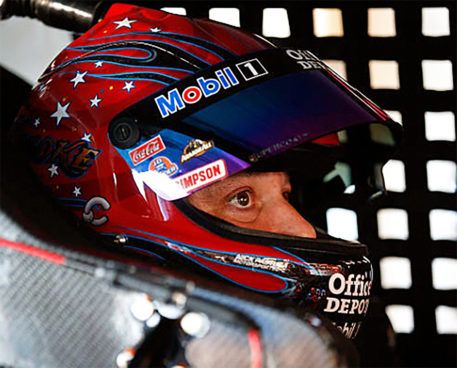 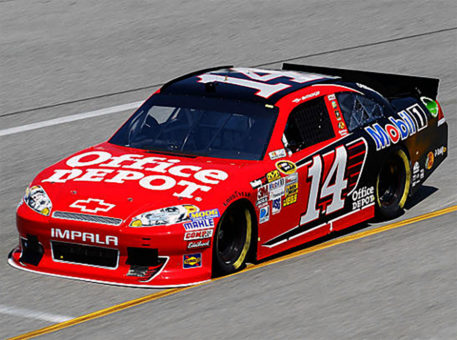 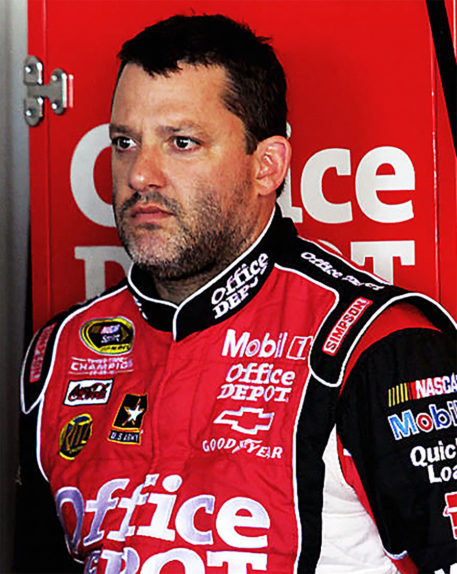 The helmet’s two-tone red base color is accentuated by metallic black edged in blue ‘Hot Rod’ flames which run around the chin, cheeks and either side of the top of the helmet. There are white blue edged stars scattered over the sides which run round the back where there is a cartoon image of a grinning face with piercings. Circling this image is pointed cone shapes with yellow diamonds and dots. Stewarts ‘Smoke’ nickname appears on both sides in metallic gold and black also edged in blue. There are the team’s major sponsors Office Depot and Mobil 1 lettering to the chin and visor strip. The helmet also comes a Stewart last used it with its radio still installed and fireproof neck protector attached. Tony Stewart has personally signed and dated the helmet just above the Stewart-Haas Racing decal on the top front. It comes with a full Certificate of Authenticity.

This sharp looking race used helmet worn by one of the modern-day legends of NASCAR, would be a focal point of any collection.