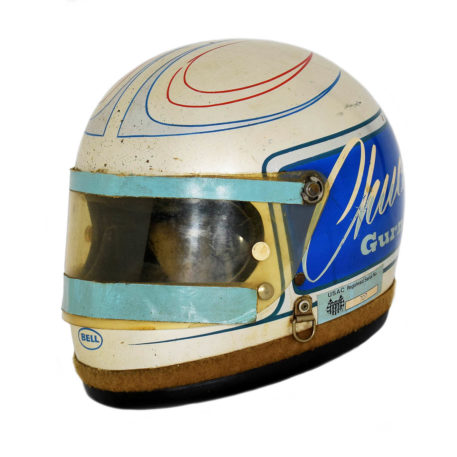 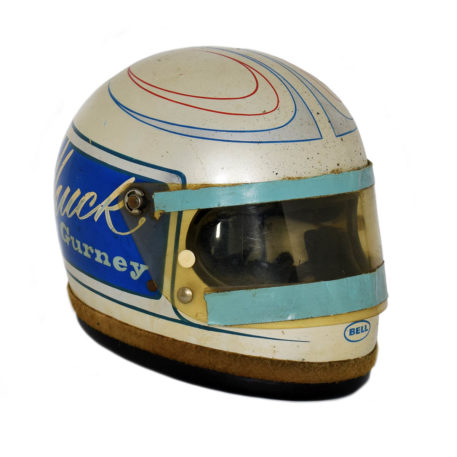 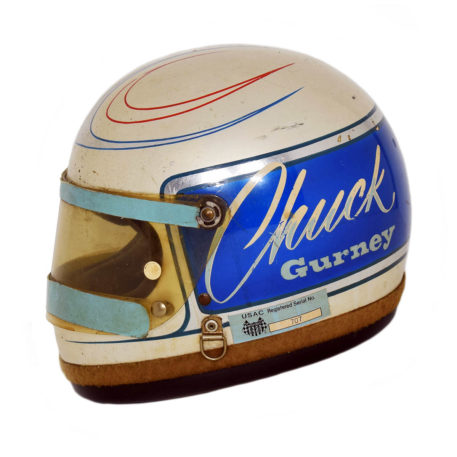 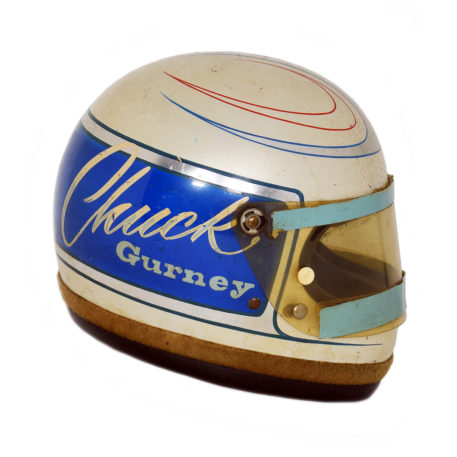 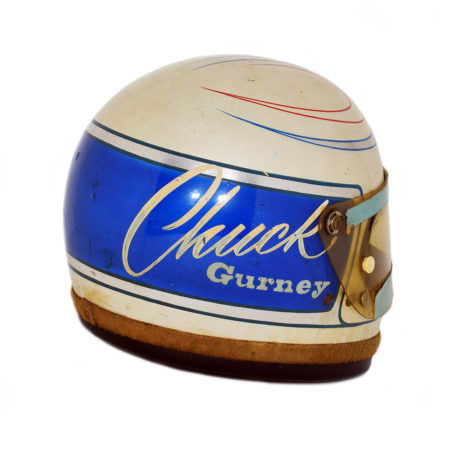 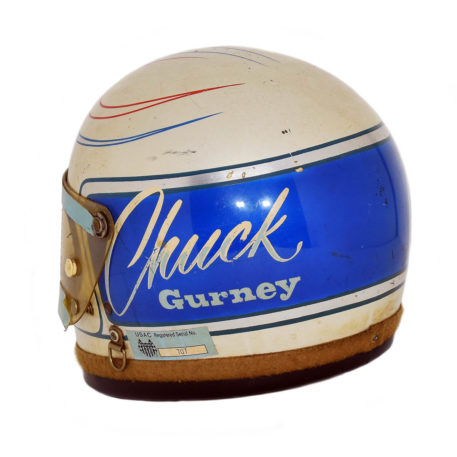 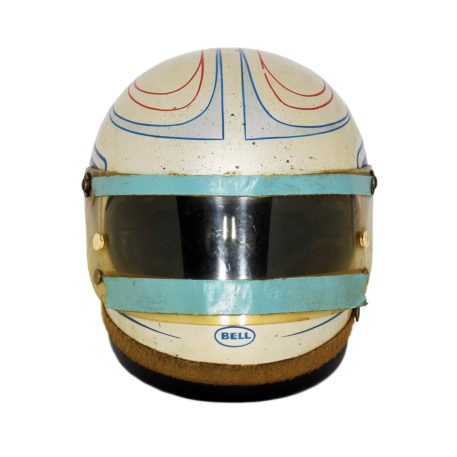 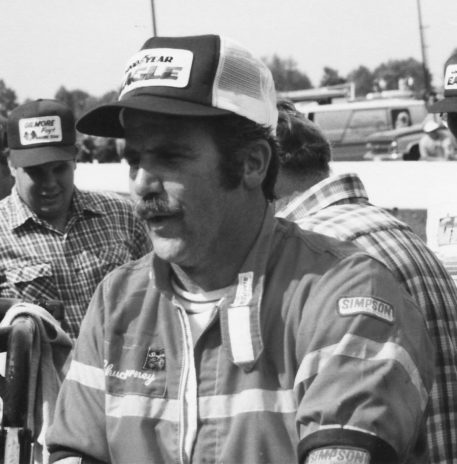 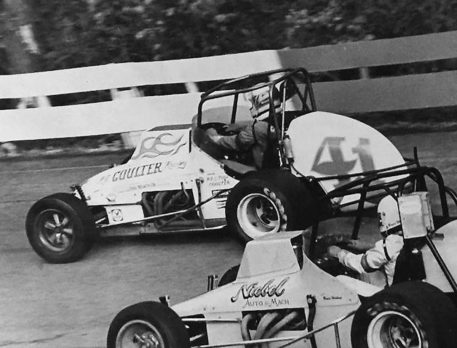 Great looking helmet that was worn by Sprint, Midget and Supermodified car legend Chuck Gurney. The son of Gene and father to Chuck Jr, all of whom have extensive racing careers. Chuck was the most successful of the three; Gurney started racing at the age of five in a quarter-midget with his father’s help, after his parents split. He moved to New Mexico, where at high school he became a crew member with many sprint car teams. This is where he learned his trade and got the bug to get behind the wheel. He started his first race after falsifying his age as he was under the legal age (at the time) to drive race cars. He went on to excelled in sprint and midget cars, particularly on the West Coast. He had many career wins at many of the iconic tracks around the American short tracks and is a former USAC National Silver Crown champion He itched to drive in longer races and had the urge to drive IndyCars. His wish came true during the 70’s where he ran in seven races. He also ran a NASCAR race in the early 90’s.  He retired and retired from midget racing in the late 90’s to help his son and was inducted in the National Sprint Car Hall of Fame in 2004.

This vintage white bell helmet was worn during the 1978 USAC season. It has a thick blue band around its middle that has a thinner silver band and blue pin stripe edging. In the band has Gurneys name either side. There is a red and blue scalloped design to the top front of the helmet with the blue infilled in silver. The visor still has the light blue tape applied by Gurney attached. It also still retains its USAC tech sticker.

This helmet was part of the Ron Burton collection.