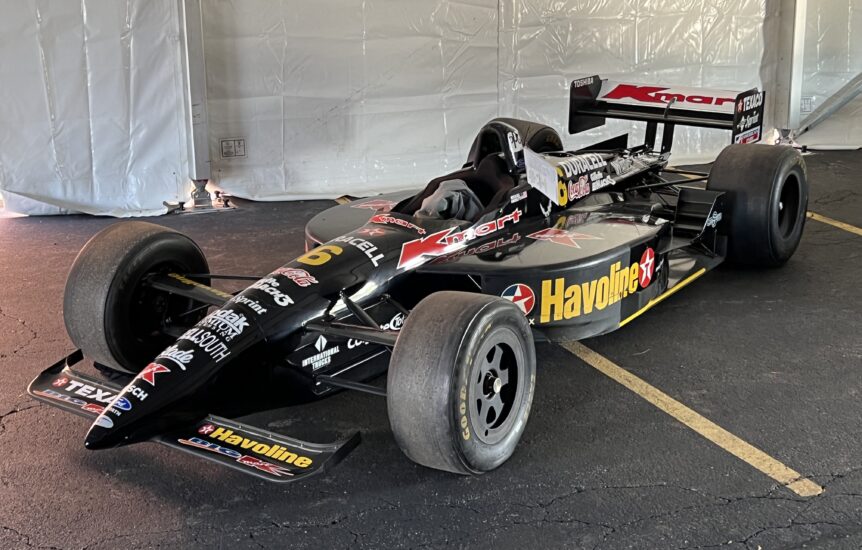 Michael Andretti’s pursuit of a Formula One entry seemed to gain more horsepower earlier this week when his company, Andretti Global, announced plans to partner with General Motors and its Cadillac mark.

Last month, Andretti Global broke ground on what can only be described as a massive new headquarters in Fishers, Indiana — a facility that will house all of the organization’s motorsports programs, including its IndyCar team.

Andretti’s momentum is real, and it has led to even more interest in authentic memorabilia from one of the sport’s most famous and accomplished families.

Hall of Fame Collection is proud to display an assortment of race-used and special items from the family, highlighted by a 1998 Swift driven by Michael Andretti in Champ Car. The 009c-01 chassis came directly from Newman Haas Racing to us.

Also showcased is a Chevrolet Camaro Z11 RS/SS Indianapolis 500 Pace Car from the year Mario Andretti won the Greatest Spectacle in Racing at Indianapolis Motor Speedway. It is a must-have car, for sure.

Both cars, like all Hall of Fame Collection items, come with a Certificate of Authenticity. But you must act quickly as these one-of-a-kind items will not be available for long at these featured prices.

As an added bonus, use the coupon code ANDRETTI15 during this limited time to receive a 15-percent discount on all Andretti driver and team memorabilia. (The offer is not valid on the cars.)