Want to decorate your house with Motorsport Memora 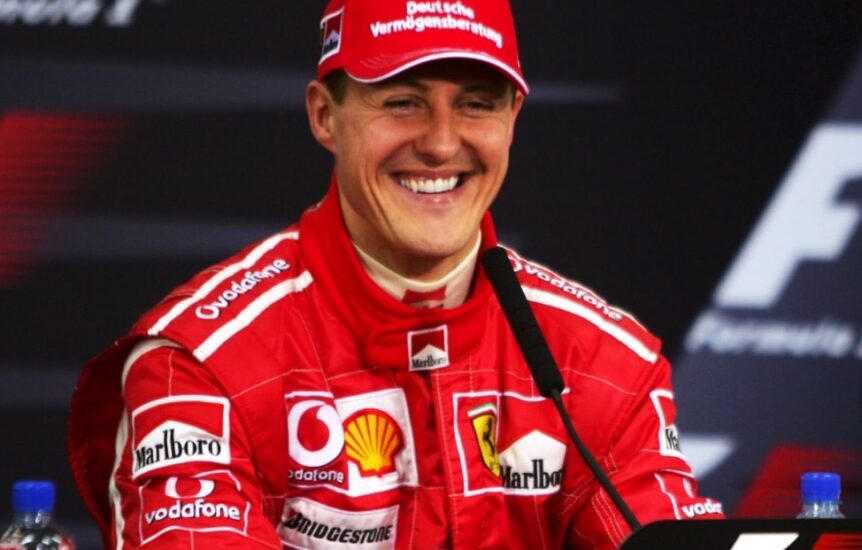 Hall of Fame Collection is proud to expand its Summer Sale to authentic suits worn by current and legendary Formula One drivers, including two very special suits worn by World Champions Mario Andretti and Michael Schumacher.

Schumacher wore the OMP suit shown below during the Bahrain GP qualifying session where he put the car on pole, the 65th pole position of his spectacular career that equaled Ayrton Senna’s record that had stood unmatched for 12 years. Notably, this also was the first qualifying session with the new rules for 2006, in which the one-hour session was split into three knockout rounds.

The seven-time World Champion finished his time with Scuderia Ferrari by earning three more pole positions, giving him a career total of 68 poles, a record at that time.

This is a great opportunity to acquire one of Schumacher’s rarer and highly sought after Marlboro suits. With an added desirability of it being used in his last season with the Scuderia, as well as his last season in the sport until his surprise return with Mercedes in 2010, it makes this suit highly collectable.

The ultra-rare suit worn by Andretti during the 1976 F1 season was with the John Player Lotus team. This Worth-manufactured suit was used in the Spanish GP at Jarama, the Belgian GP at Zolder and the Swedish GP in Anderstop among other GPs during that famous season. It is believed to be the only JPS Lotus suit worn by Andretti to ever be made available to private collectors.