Our Indycar Summer Sale is on now. Click link in b

What’s your favourite item you have seen us have

ITEM OF THE WEEK2️⃣6️⃣ 2020 Charles Lecler 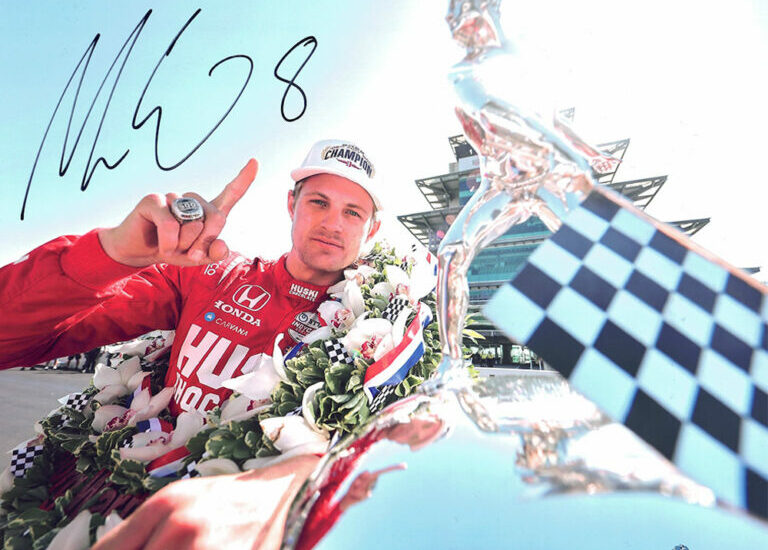 Marcus Ericsson is an Indianapolis 500 winner!

The sensational Swede patiently waited for his moment at Indianapolis Motor Speedway, suffered through a rare red flag, then won a two-lap shootout over Pato O’Ward and Tony Kanaan to capture the 106th Running of “The Greatest Spectacle in Racing.”

Ericsson gave Chip Ganassi Racing its fifth Indy victory and the sixth overall for team owner Chip Ganassi. Ericsson became the second Swede to win the 500, following one of his mentors, Kenny Brack, the 1999 winner.

For the first time in history, Hall of Fame Collection is proud to offer original hand-painted and detailed artwork of Chuck Braud. The paintings are 18 x 24 inches and show each driver’s car racing down the front straightaway at the world-famous Indianapolis Motor Speedway with the 106th Indy 500 and the IMS wing-and-wheel logo. The paintings have been signed by the artist and the driver. Each sells for $1,500.

The paintings were officially revealed during the annual Burger Bash hosted by Curt Cavin and Kevin Lee in Speedway during race week.

These driver paintings are one of a kind and selling fast, so reserve yours now.

Review many other authentic IndyCar Series items, including an exclusive item from Ericsson’s 2021 Music City Grand Prix victory in Nashville, on Hall of Fame Collection’s website.