Leclerc, Sainz have Ferrari off to Red-Hot F1 Start

We are proud to offer world renowned automotive ar 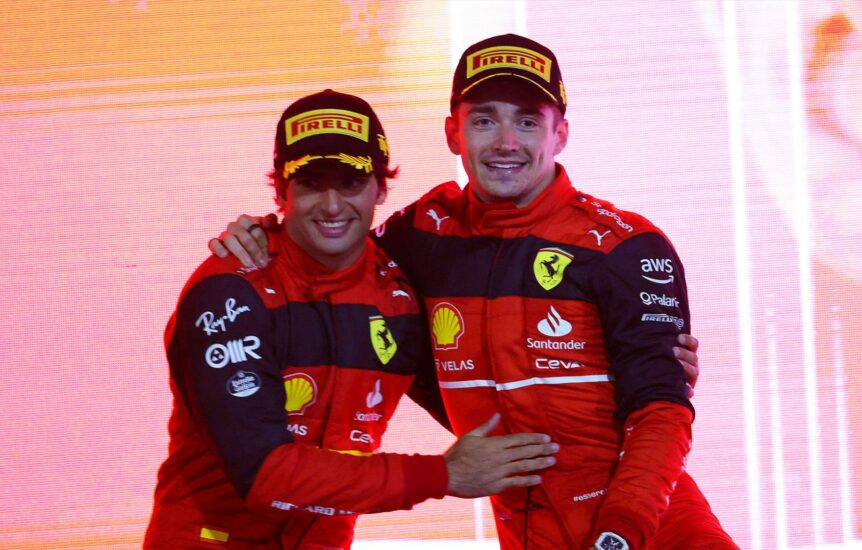 The red Italians have gotten off to a fast start in this Formula One season, winning the season-opening race in Bahrain and scoring four of the six podiums. Ferrari drivers Charles Leclerc and Carlos Sainz are 1-2 in the standings, and they are bidding to become the first Ferrari pair to finish in those positions since Michael Schumacher and Rubens Barrichello in 2004.

Leclerc leads his teammate after two races, 45-33, with reigning world champion Max Verstappen, the winner of last weekend’s race in Saudi Arabi, third with 25 points. Mercedes has George Russell and seven-time world champion Lewis Hamilton in the fourth and fifth positions, respectively, with 22 and 16 points.

Today, Hall of Fame Collection is proud to showcase several authentic items of Leclerc and Sainz. They are part of the massive F1 collection regularly added to the website, www.racinghalloffamecollection.com. Be sure to specifically check out the Ferrari items.

All items come with a Certificate of Authenticity. Keep in mind these are one-of-a-kind items which do not last long.