ITEM OF THE WEEK3️⃣1989 Mario Andretti Race Us

Have you checked out our selection of F1 suits lat

Today Israel from wide open sports came in to inte 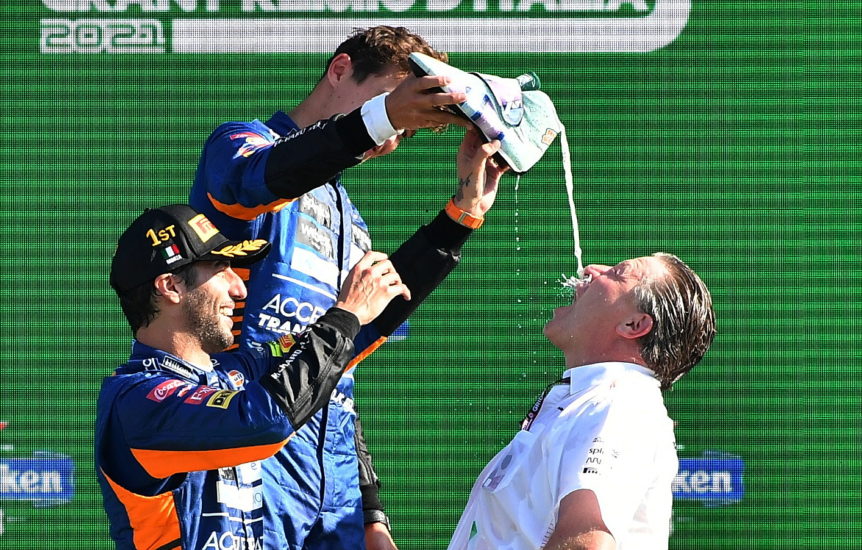 McLaren might not be all the way back to the top of Formula One, but last week’s 1-2 finish in the Italian Grand Prix at Monza showed that the Zak Brown-led program is working its way there.

Daniel Ricciardo and Lando Norris took the top two positions on the podium, giving the Woking organization its first grand prix victory since the Jenson Button-Lewis Hamilton pairing in 2012. Now two-thirds of the way through the 2021 season, McLaren is a solid third in the constructor standings. The most recent of its such titles came in 1998.

Hall of Fame Collection is proud to offer items from many of McLaren’s impressive list of champions, including race used and replica helmets of Alain Prost, Ayrton Senna, David Coulthard, Hamilton, Button and Norris, for example, along with items of many others. A full list of the items, including boots, gloves and chassis equipment, is available below.

Celebrate McLaren’s F1 success over the years with a free shipping code available only to subscribers to the Hall of Fame Collection newsletter and readers of this blog. Use the coupon code FREESHIPF1.