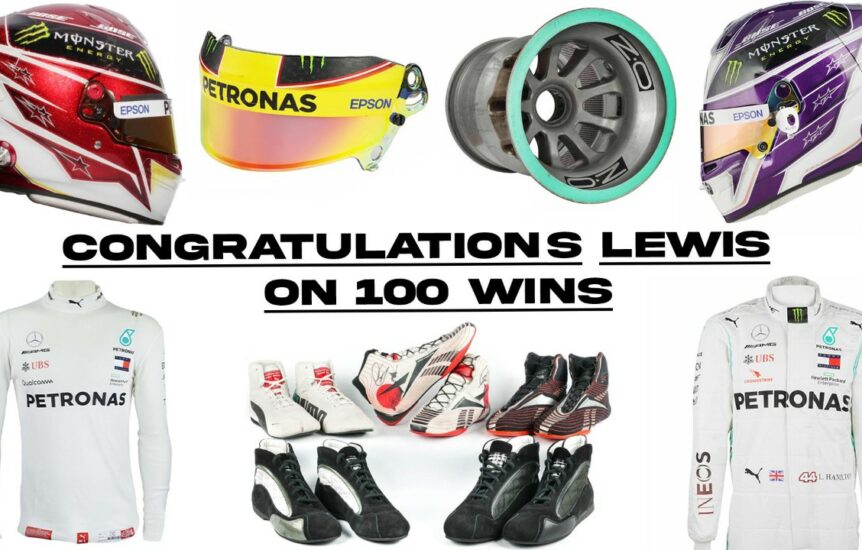 Lewis Hamilton’s 100th career Formula One victory, achieved Sunday in dramatic fashion in the Russian Grand Prix, is indeed a remarkable accomplishment, something no one in the early days of grand prix racing could have ever predicted.

Consider that when Jim Clark won the first race of the 1968 season, he held the sport’s career record at 25 wins. Sir Jackie Stewart pushed the mark to 27 with a win in the 11th race of the 1973 season, and that stood for 14 years until Alain Prost scored his 28th career win late in the 1987 season in Portugal.

The several years that followed saw three drivers — Prost, Ayrton Senna and Nigel Mansell — push their career totals well beyond that of Clark and Stewart, an arms race that ended with Prost finishing with what surely was an unthinkable 51 career wins. Senna reached 41, Mansell 31.

Then Michael Schumacher came along and changed everything. At the time, his 91 wins capped with his final win Oct. 1, 2006 in Shanghai seemed insurmountable. As an example, Fernando Alonso got to 32 in 2013, and that’s where he stands today.

Hamilton wasn’t even in F1 when Schumacher stepped away from the sport for the first time following the 2006 season. But when Hamilton arrived at McLaren the next year, the wins started piling up fast and furiously.

Sunday’s historical victory in the rain gives Hall of Fame Collection the opportunity to showcase its Hamilton items, many of which were worn by the Englishman in F1 races. From helmets to boots to gloves to Nomex, the options for Hamilton items are vast and diverse.

To help celebrate the win you get $100 off per item on any F1 memorabilia. Just use the coupon code LEWIS100 at checkout to save.

These items are limited in quanity and come with a Certificate of Authenticity.