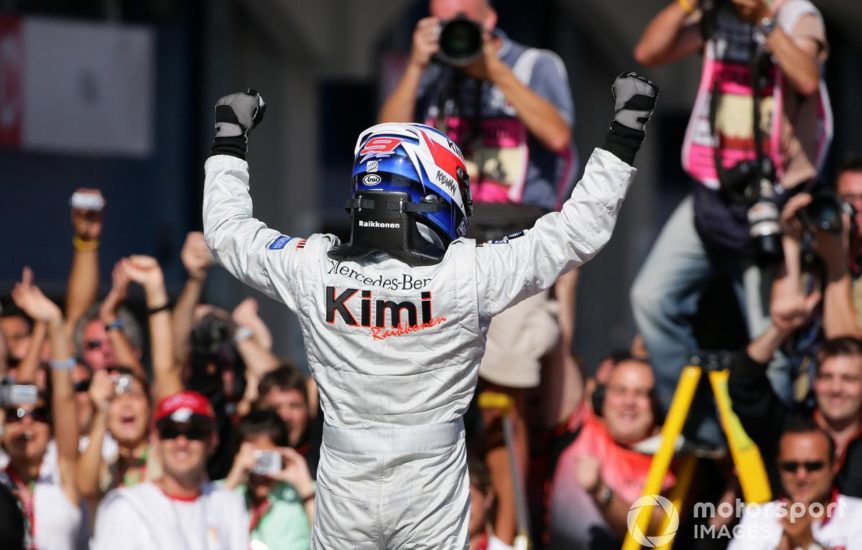 A Formula One legend will step aside at the end of this season, and Hall of Fame Collection is taking this opportunity to honor Kimi Raikkonen, the 2007 World Champion.

From scoring his maiden victory in the Malaysian Grand Prix in 2003, Raikkonen has been an interesting figure in grand prix racing as he has moved from team to team in two different stints in the sport.

Raikkonen won the first of his 21 races in the West McLaren Mercedes, netting seven victories and five poles – both career highs — in 2005 when he finished second to Fernando Alonso. The 2007 season with Scuderia Ferrari saw Raikkonen win six times and grab his career-defining championship.

This 19th season will be his last in F1, and he will leave with no regrets.

“I had fun, and I did it my way,” the Finn said during a press conference for this weekend’s Dutch Grand Prix.

What happens with Raikkonen from here remains to be seen as he will turn 42 in October. But with dabbles in NASCAR and the World Rally Championship, in addition to back his motocross team, this might not be the end of his competitive career. We’ll see.

Hall of Fame Collection is pleased to be able to offer an assortment of Raikkonen’s race-worn equipment – suits, gloves, boots, Nomex and visors.

Celebrate Raikkonen’s career with a 10 percent discount on all of his items. Use the coupon code Kimi10.