Have you ever seen a dinosaur helmet? 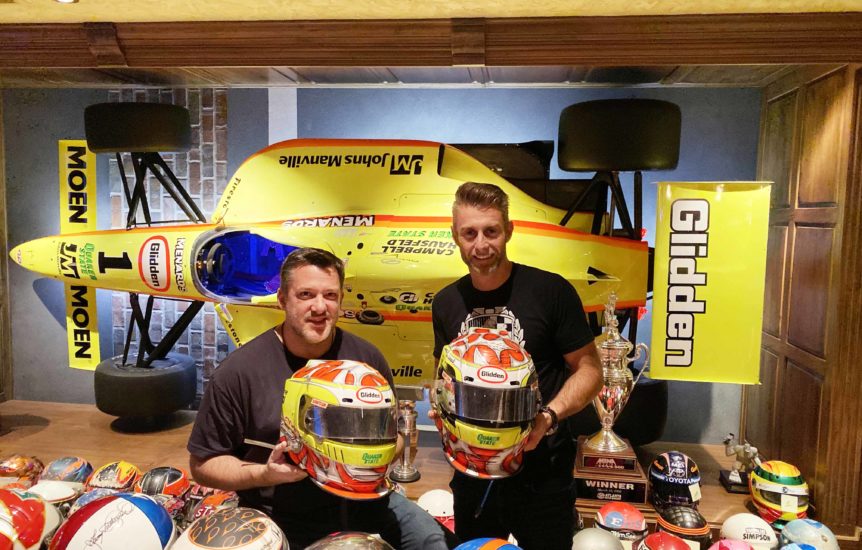 Velociraptor, meaning “swift seizer” in Latin, is the name of a dinosaur that lived
approximately 75 million years ago during the latter part of the Cretaceous Period. The Simpson Velociraptor Helmet or ‘Raptor’, as it’s better known today, is a very rare helmet style that was developed specifically for IndyCar and was only in use during a short two-year period.

In 1995, the IndyCar Series was at an all-time high in popularity when these helmets first
arrived on the scene in time for the Indianapolis 500 in May. This particular helmet represented
Simpson Helmets answer to its main U.S. competitor brand Bell Helmets and its very
popular Bell Feuling helmet. The most interesting part of the story though was that a
unique qualifying-spec ‘Raptor’ helmet was developed with a screw down visor by
Simpson. These helmets were supposed to help with airflow and were specifically
designed for the four-lap qualifying run at Indianapolis Motor Speedway. They were
immediately banned because, in the event of an accident, the safety team could not communicate with the driver wearing the helmet with a bolted-down visor.

The other ‘Raptor’ helmet was still made available through the 1996 season, when the IRL ran its first season.

At the end of the ‘96 season the helmet design was banned completely and would never
be seen on track again. So, when it comes to collectability and considering that very few
drivers used them in general, these wild-looking helmets are very popular among
collectors today. They aren’t available often so when they do appear on the market you
want to snap them up quickly for your collection.

It’s now been more than 25 years since the ‘Raptor’ has appeared on track, with the
best part being some of the best drivers of the day used and wore these unique
helmets. Check out some of the great designs featured by Darren L. Jack in our latest
video that’s posted on all our social media platforms.