Check out just some of our available gloves🏁 Cl 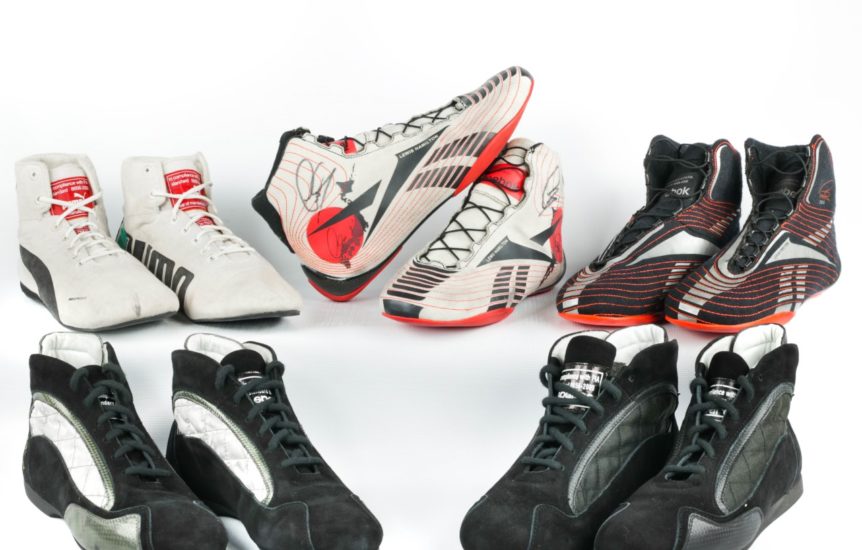 Race boot styles have changed over the years. Look back to the pre-1960s and drivers wore normal dress shoes before transitioning to more of a racing boot. But even those were leather.

It wasn’t until the 1970s that drivers started using fireproof shoes. Then custom designs started becoming the norm and today we can showcase many of those styles here at Hall of Fame Collection.

Be sure to consider the F1 boots of Alan Jones, Jacques Villeneuve, Johnny Herbert, Nico Rosberg, Jenson Button, Eddie Irvine and other stars not only of grand prix racing but also IndyCar, MotoGP and Isle of Man TT Racing.

Act now because these are one-of-a-kind items. All items come with a Certificate of Authenticity.

As a special offer, Hall of Fame Collection is offering free shipping on all race-used boots for a limited time. Enter the coupon code bootsfreeship at checkout.