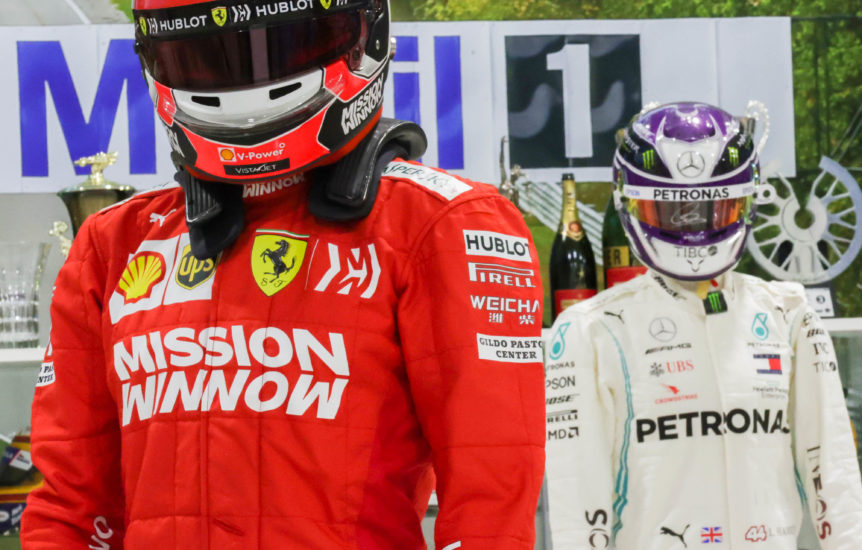 Scuderia Ferrari driver Charles Leclerc clearly enjoys racing at the Silverstone circuit, and his recent performance in the British Grand Prix — his first podium finish of the season — has spiked interest in race-used items of Formula One’s rising star.

Hall of Fame Collection is proud to offer several items used by the 23-year-old Monegasque driver, inlcuding race-worn uniforms, helmets, gloves, boots and Nomex, along with a sweater, drink bottle and cap he has used during his time at Scuderia Ferrari.

The featured items include an original Bell HP-7 RC helmet used by Leclerc in F1’s 2018 race at Abu Dhabi and a 2019 race-worn suit.

Leclerc is having his best season since his maiden year at Ferrari, in 2019. That year, he won a pair of races during a stretch when he captured four consecutive poles. The race wins came at Spa and Monza. He currently sits sixth in the championship heading to the Hungarian Grand Prix.

Finishing second to Lewis Hamilton in the recent race at Silverstone continued Leclerc’s run of outstanding performance at the English track. He has finished third, third, fourth and second in his previous four starts with an average grid position of 4.75.

These Leclerc items are truly one of a kind, and they will not last long.