Marco Andretti wins with a roof over his head 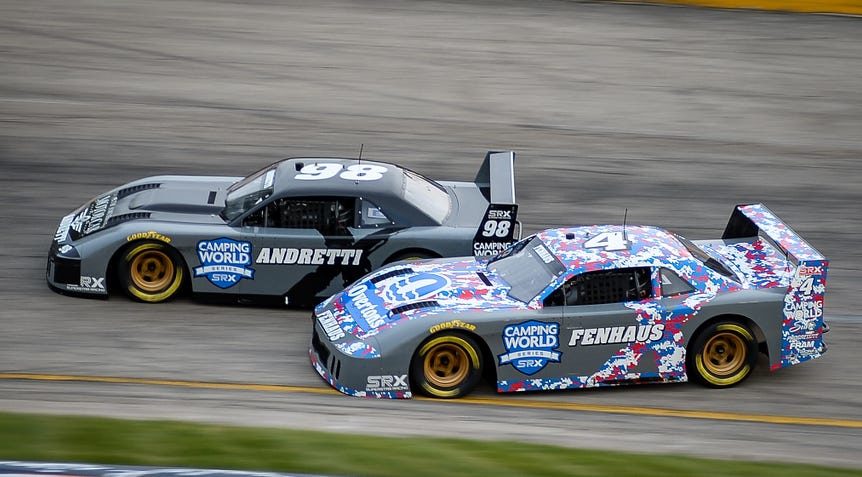 Marco Andretti returned to victory lane over the past weekend, winning the Camping World SRX Series race at Slinger Speedway in Wisconsin. It was his first victory in a car with fenders and a roof!

The NTT INDYCAR SERIES driver (photo courtesy of the Milwaukee Journal Sentinel) held off 17-year-old local hotshot Luke Fenhaus to win at the quarter-mile paved track. The margin of victory was less than two-tenths of a second in a gree-white-checkered finish.

“I know it’s not a popular win, but us old guys have to get it when we can,” said Andretti, who has reduced his INDYCAR schedule to just the Indianapolis 500 so far in 2021. “He’s young, he’s got a lot of time ahead of him. I had so much fun.”

Tony Stewart finished third to increase his lead in the championship standings to 38 points over Ernie Francis Jr. One race in the six-race series remains. Stewart has won two races.

Hailie Deegan finished fourth. She raced in place of Tony Kanaan as a schedule conflict kept him from attending.

Hall of Fame Collection is proud to have an assortment of signed, race-worn Andretti items available. Click here to see the Andretti collection.