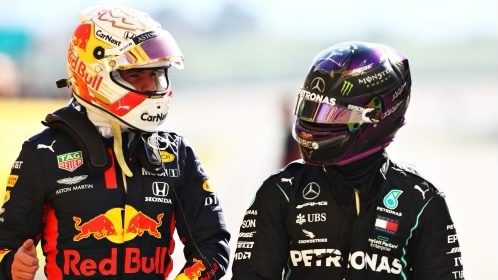 Verstappen beat Mercedes’ Lewis Hamilton by 35.7 seconds to extend his championship lead to 18 points. Red Bull has won the past four races while Verstappen won consecutive races for the first time in his F1 career. He now has 14 career wins.

The venue that is Red Bull’s home track also will host next week’s Austrian Grand Prix, giving Verstappen and Red Bull plenty of optimism that they can build on their title hopes. Mercedes certainly needs to respond.

Of course, Red Bull is no sure thing to sweep the Austrian races even as Verstappen won Sunday’s race from the pole. Last year, Mercedes won both races from the top qualifying position, one win each by Hamilton and Valtteri Bottas. Bottas took the final step on the podium Sunday.

Verstappen and Hamilton must be considered the favorites to stand atop the podium next week as they have combined for seven race wins this season and have finished first or second in some order in six of the eight races.

Hall of Fame Collection is proud to offer key items from Verstappen, Hamilton, Bottas and other top F1 drivers. The Verstappen collection includes a suit he wore in the 2016 Italian Grand Prix and race-worn gloves from the 2017 season. From Hamilton, we offer a signed Bell HP77 helmet from 2019 and several personally worn gloves and Nomex. We also have a 2008 replica Arai GP-5 helmet that would be the envy of any collection as it represents the first of his seven championship seasons.

The entire F1 collection can be viewed here.