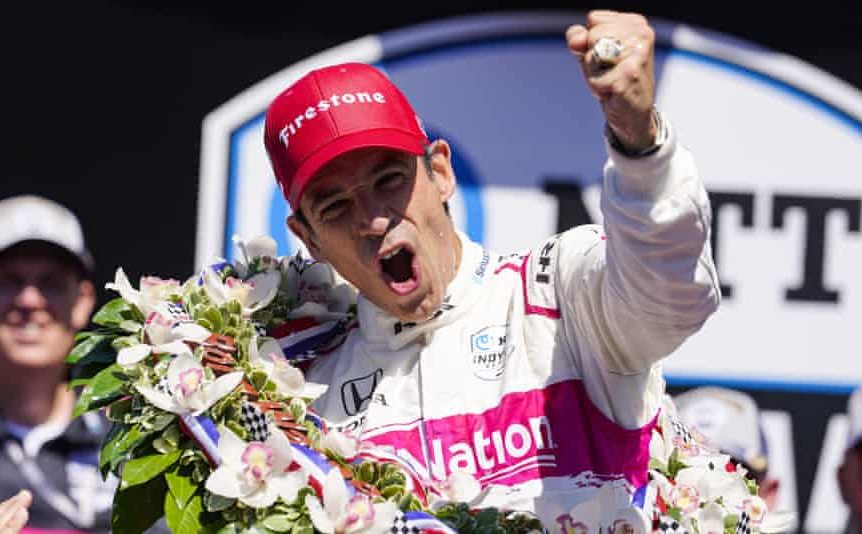 The 105th Indianapolis 500 demonstrated the magical power of these races at Indianapolis Motor Speedway and the unique manner in which mere mortals become motorsports legends.

Helio Castroneves’ introduction to U.S. open-wheel racing came in a four-man tryout for Tasman Motorsports’ 1996 Indy Lights team, and the young Brazilian almost didn’t get the gig due to being sick. But Castroneves impressed well enough to get the ride alongside boyhood friend Tony Kanaan, then finished second to Kanaan in the 1997 championship, their second season together. The title won by Kanaan that year allowed him to jump to Steve Horne’s Tasman CART team for the ’98 season; Castroneves found his way to the top level by joining Carl Hogan’s Hogan Racing.

Point being, stories can indeed have fairytale endings, and Castroneves certainly proved that Sunday by winning “The Greatest Spectacle in Racing” for a record-tying fourth time. Castroneves, 46, now has a place alongside the legends of the sport — A.J. Foyt, Al Unser and Rick Mears — and his 31 career race wins has him tied with Paul Tracy and Dario Franchitti for 10th place in the history of the sport.

Castroneves will be a terrific Indy 500 champion, evident by the crowd’s reaction to his victory. There might have only been 135,000 in attendance due to local COVID-19 protocols, but as one veteran writer put it, many fans did what Alex Palou could not: They beat Castroneves to the famous yard of bricks to join in a celebration for the ages.

As Castroneves climbed the fence at the iconic Speedway for the fourth time, fans joined him. They also showered him with a chant of his name — “Hel-i-o, Hel-i-o” — as he ran up and down the front straightaway in jubilation.

Items worn not only by Indy 500 winners but also drivers competing in the annual Memorial Day race are some of the most prized pieces in motorsports memorabilia collections. Whether it’s something worn by Foyt, Mario Andretti, Parnelli Jones, Rodger Ward, Ryan Hunter-Reay or Alexander Rossi, the 500 continues to deliver in terms of global interest and value.

Hall of Fame Collection has an assortment of race-used items signed by Indy 500 drivers, and a sampling is illustrated below. Each of these rare comes with a Certificate of Authenticity.

Hurry as these one-of-a-kind items featured here are rare and will not last long.