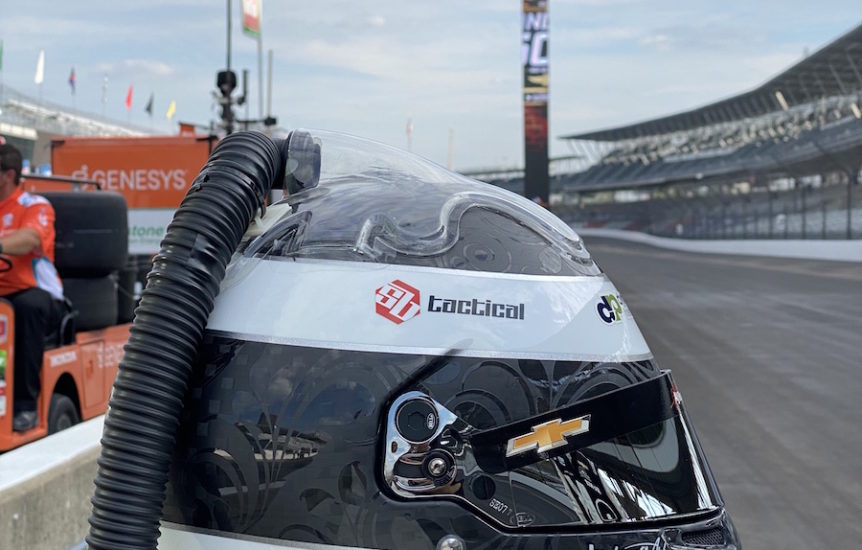 Four-time Champ Car World Series champion Sebastien Bourdais, who will start his ninth Indianapolis 500 on Sunday at Indianapolis Motor Speedway, is well known for his charitable work, particularly with the Johns Hopkins All Children’s Hospital in his U.S. hometown of St. Petersburg, Florida.

Bourdais and some of his fellow NTT INDYCAR SERIES drivers are utilizing the excitement of the 105th Running of “The Greatest Spectacle in Racing” to support All Children’s Hospital through a charity auction. For years, Bourdais has been the central figure in Karting 4 Kids, an annual karting event in advance of INDYCAR’s annual Firestone Grand Prix of St. Petersburg, a race he has twice won.

Hall of Fame Collection has teamed with Karting 4 Kids to faciliate this auction featuring three very special signed and race-worn pieces of Bourdais, Indy 500 pole sitter Scott Dixon and former Formula One driver Romain Grosjean, who is competing in the INDYCAR road course and street circuit events in the 2021 season.

These are one-of-a-kind items that will go well in any collection and 100 percent of the proceeds will go to All Children’s Hospital. Each comes with a Hall of Fame Collection Certificate of Authenticity.

The auction is under way and final bids will end at on Race Day, which is Sunday, at 10 a.m. (ET).

This Bourdais helmet was used last weekend in Indy qualifying, and he will wear it in the race, too. This state-of-the-art Bell HP 77 helmet will come directly from Bourdais right after the race and will be just as it was last used, including the air hose, original radio and drink tube. Bourdais will hand sign the helmet and perhaps it will also have a splash of milk! That’s right, if Bourdais wins the Indy 500 you will still get the helmet — so bid strong now!

This fantastic Dixon suit was worn during the New Zealander’s sixth championship season in 2020. Dixon used the suit many times during the year, a season which included four race wins and seven podiums. Dixon is bidding for his record-tying seventh title this season, and his race-worn items are extremely popular and difficult to land.

The Grosjean suit was worn by the Swiss-born French driver during the 2018 F1 season and has been signed by him. Grosjean won at all levels, including the 2011 GP2 championship, before spending 10 seasons in F1. In his final start at the 2020 Bahrain Grand Prix, Grosjean survived a horrific crash and it is well documented that the advancement in technology of his race suit saved his life. During his time with Renault, Lotus and Haas F1, Grosjean finished on the F1 podium a total of 10 times and has already collected his first career podium in IndyCar in only his third start.

Grosjean kindly donated this suit, signing it following his recent INDYCAR pole and second-place finish in the GMR Grand Prix at IMS. The suit comes directly from his personal collection.

Here’s how you can bid on the items:

All proceeds from this auction will go to the All Children’s Chospital. Don’t miss out on this very rare opportunity by bidding today while also supporting a great cause.

For more info on the charity please visit www.kart4kids.org and www.hopkinsallchildrens.org.

You can view the video with Bourdais here.