@frosenqvist helmet is the newest addition to our 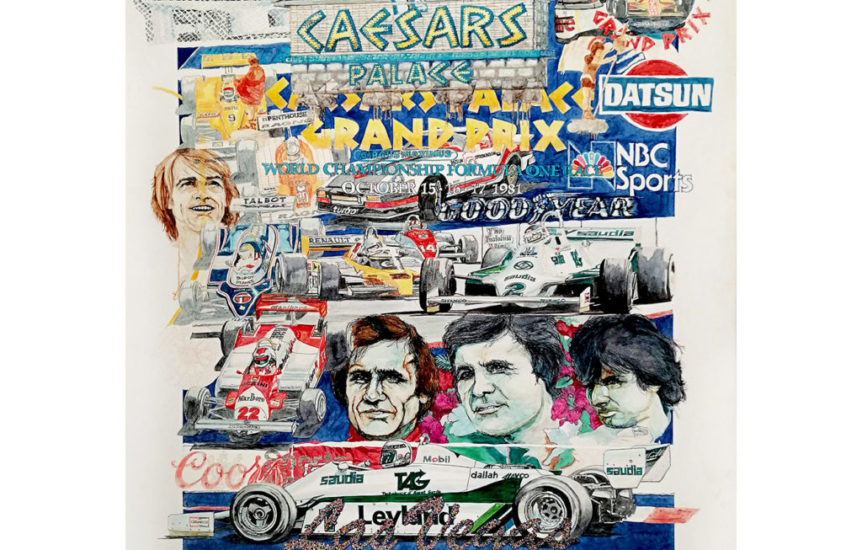 The Caesars Palace Grand Prix was short-lived both in Formula One and CART, but the popular Las Vegas event left a lasting impression not only on those who attended but the 1981 World Championship in particular.

Williams’ Carlos Reutemann entered the season-ending event with a single-point lead over Brabham’s Nelson Piquet, and Reutemann won the pole for the 75-lap race. It seemed he was poised to win what would be his first and only series championship.

But Reutemann got a bad start and was passed by Alan Jones — his teammate — and the opening lap went downhill from there. The Argentine was fifth by the time the field came back around the street circuit.

Reutemann finished outside the points in eighth place and lost the championship to Piquet by a single point after the Brazilian finished fifth.

That Jones won was interesting, too. It would be 28 years before another Australian won a grand prix.

Caesars Palace also hosted the season finale in 1982, a race won by Michele Alboreto. That race was the final grand prix of Mario Andretti, whose Ferrari retired early with suspension issues. Eddie Cheever finished third for Ligier, one of his nine career podium finishes in F1. Derek Daly scored a point with his sixth-place finish for Williams.

The Las Vegas street race became a CART event in 1983 and ’84 before falling by the wayside.

Hall of Fame Collection is proud to have original artwork by legendary artist Ron Burton priced at $2,000. The images on the print are of Andretti, Ricardo Patrese, Piquet, Jones, Rene Amoux and others. A select few of the limited edition prints (of 250) are available and all are signed by the artist. These are now on sale for just $99. All items come from Burton’s personal collection.

These items are a part of F1 history that illustrated the glitz and glamour of grand prix racing, and they’re sure to be a nice addition to any collection. 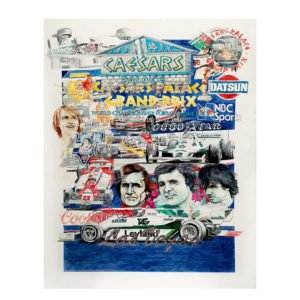 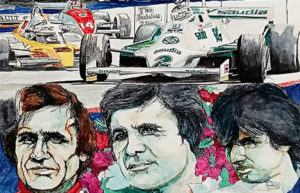 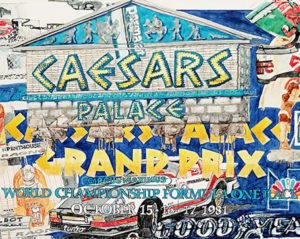